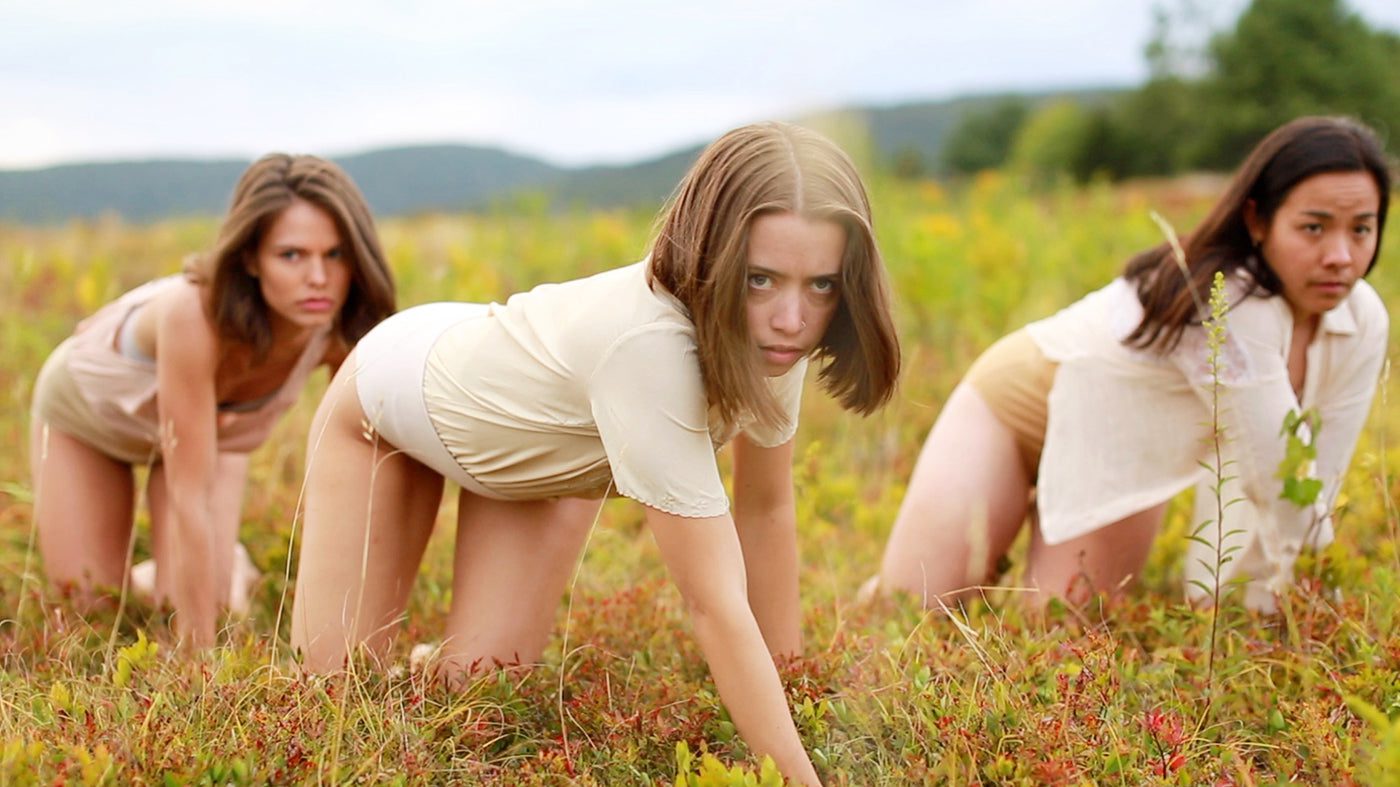 Critically acclaimed duo Holly and Duncan Wilder are New York-based Wilder Project. They are siblings who create beautiful, inventive, often playful films which interrogate human connection, ritual, and nature. Their work has been screened at over forty film festivals internationally and include The Weight, Wake, Evergreen, Undertow, Ashes to Ashes, and most recently, We Are So Very Far Away. Lorna Irvine caught up with them as they finished filming a brand new project, to find out more about what makes them tick, and creating art during lockdown.

What has been keeping you going during lockdown?

Holly: At the beginning of quarantine I had the chance to live with my sister and three-year-old niece, and spending so much time with them getting to know my niece was a really meaningful and invigorating time for me. More recently, I just finished a five week quarantined residency with four of my close collaborators in which we choreographed and shot four new dance films while living in a cabin in Maine. It is rare for all of us to have so much time to work and live together, so we took full advantage of it. Working on these projects and now sitting down to begin the editing process has kept me inspired to keep thinking creatively and to remember my power as an artist.

When creating a new piece, do you start from a single image or choreographic idea?

Holly: People often ask me this, and it truly depends on the piece. Often the starting place is a piece of music or a proposal I’ve received to make a music video for an artist. Many times the music paints a whole film in my head or will tell me what to do next. Other times it’s an image, metaphor, or idea I want to convey and the rest is imagined from that. Sometimes it is simply a location I would like to film in. And occasionally it’s a spontaneous, random occurrence that inspires a whole film. Having so much freedom the last month to create multiple unique films allowed me to dive into the different methods for discovering and developing concepts which was really fun.

Who’s been most influential for both of you, in terms of both dance and film?

Holly: As far as dance, I am really inspired by dance theater as a genre and the work of choreographers like Pina Bausch, Lloyd Newson, Mats Ek, and Crystal Pite. In the film world, I take inspiration from many different filmmakers. One of the things I have loved about screening our work at numerous film festivals over the years is the chance to see what other dance filmmakers are trying and be inspired by their approaches. Also, most recently, the French movie Portrait of a Lady on Fire has been a huge inspiration for me, leaving me speechless after every viewing. It is a masterclass in timing, tension, and saying so much with so few words. It is a drama, but it’s mastery of simple movement on camera to tell the story makes me think of it more as a dance film, and one of my favorite ones I’ve ever seen. You can watch it on Hulu.

Duncan: My biggest influences in the world of film are directors Christopher Nolan, Alejandro González Iñárritu, and David Fincher. I agree that it’s been inspiring to watch other dance films at festivals, though when I’m filming dance, I mainly take inspiration from the specific choreography and/or dancers that I’m capturing in the moment. Wilder Project’s filming style often feels like the camera is another dancer choreographed into the piece. We are always evolving as filmmakers, but we usually include lots of camera movement and like to incorporate many of the natural elements that we’re surrounded by wherever we choose to shoot.

There’s often a strong sense of playfulness and humour in your work—do you think this is an important factor?

Holly: It’s interesting that this is what you mention because this feels like a direction I’ve definitely been heading in lately. But when I think about it, there has been a playfulness that’s always been there, even in the darker pieces. It’s hard for me to put to words exactly what it comes from, but I think the humanness that becomes so visible whenever people connect with each other is what excites me. I believe there’s nothing more interesting to a human than another human. That moves me quite literally to make dance more than abstract ideas or choreographic forms do. Dance to me is the embodied poetry of being a feeling, breathing human.

Space is also a vital component of what you do. Do you think everyone will be recalibrating the space they inhabit after these unprecedented times?

Holly: I have definitely already noticed this in myself as I’ve entered public spaces from a distance. I am more sensitive to social stimulations, and spatial awareness is at the forefront of my attention. Coming together with my collaborators for our quarantined residency was also a huge transition for all of us as we traveled from our own versions of isolation. As I noticed what it was like to be together and take up shared space I had to be really intentional about how we got connected and came to ground in the present moment together. I think re-emerging from isolation will be a major transition for all of us whenever it becomes safe to do so.

Previous
What light (and darkness)