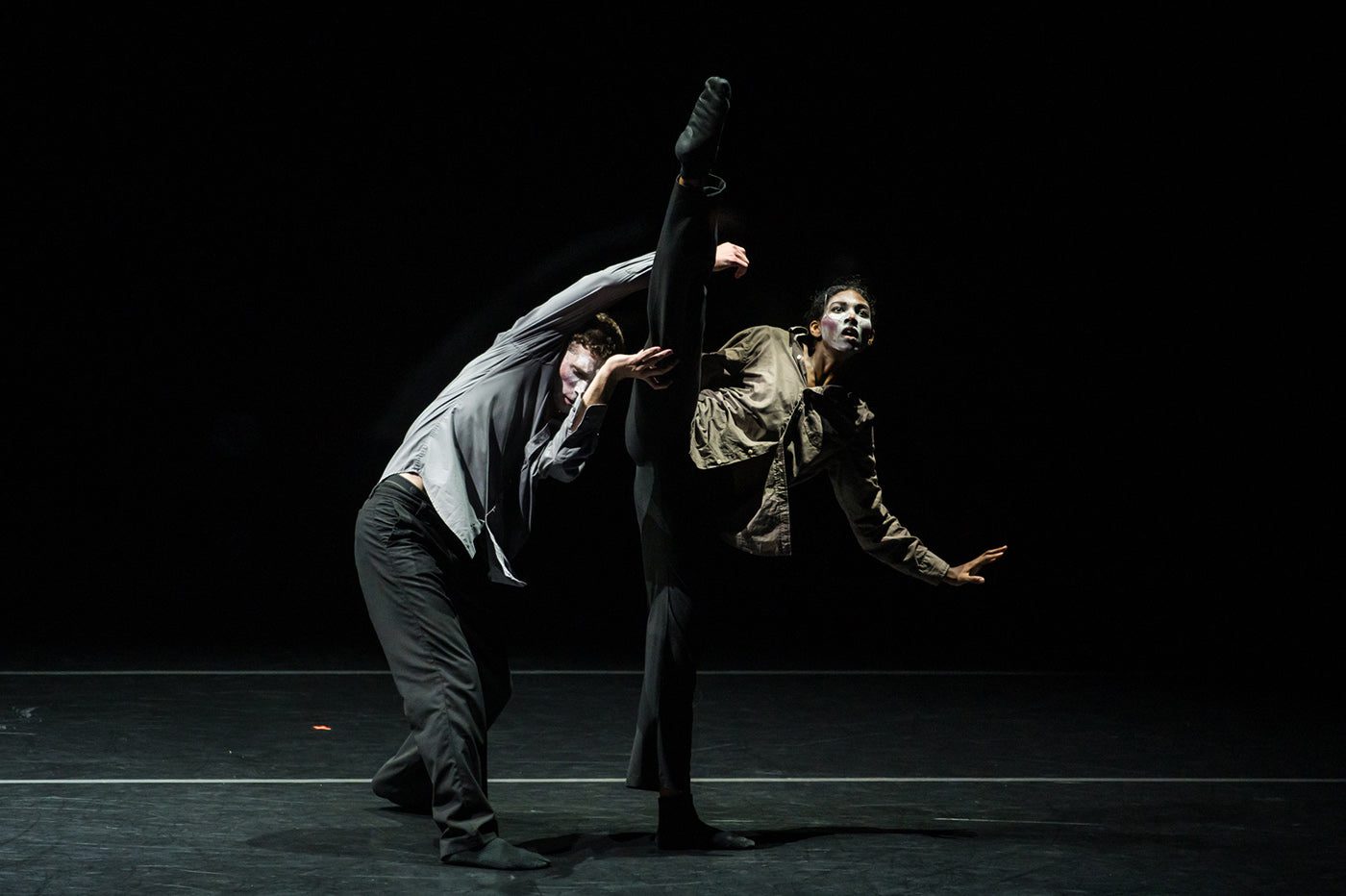 It’s no accident that dancer/choreographer Micaela Taylor named her troupe The TL Collective, the ‘TL’ short for ‘To Love,’ because watching this standout performer in her own works, one instantly falls in love with her. Indeed, with Taylor, who is decidedly the complete package, another word comes to mind: Star, with a capital ‘S.’ And so it was that this magnetic performer and her troupe of seven shredded the stage at the Wallis Annenberg Center for the Performing Arts on Friday with three works, including a world premiere, “Time.”

Having founded her company in 2016 while still in her early 20s, Taylor, a Los Angeles native, has been on a skyward trajectory ever since: The recipient of the inaugural Springboard Danse Montreal “Emerge” choreographer award in 2019, she was also named one of Dance Magazine’s “25 to Watch” that same year. Also in 2019, the multi-hyphenate had her work presented at Jacob’s Pillow Dance Festival and locally, at the Ford Amphitheatre, where she was in residence.

In addition, Taylor danced with and made works on other L.A. troupes, including Ate9 Dance Company, L.A. Contemporary Dance Company and Bodytraffic. And in September of this year, the TL Collective had a residency at Musco Center for the Arts at Chapman University. And so it was, with the return of live dance in theaters, the company proved to be a much-needed, long-awaited antidote to the sad and scary season(s) of Covid.

Opening the concert with “Drift,” a piece Taylor’s been re-working since it premiered at the Ford, the 25-minute number featured five dancers in the choreographer’s canny fusion of contemporary and hip-hop, replete with plenty of isolations, popping and locking. Set to the music of various artists, including Sam Cooke, Kool & the Gang and Taylor, the piece, according to the program notes, “seeks to demonstrate an individual’s ever-changing relationship to self, while exposing a personal season of self-growth.”

In other words, this is a head trip physicalized.

Taylor and Matt Luck are first seen in loose-fitting suits (no costume designer is credited, but the dancemaker, no doubt, had a major say in the garb), moving robotically, a stark red light possibly signaling trouble ahead. Joined by three similarly-clad performers—Jennifer Lacy, Jessie Lee Thorne and Gianna Todisco—the ensemble, all in surprisingly expressive whiteface (and throughout the evening), deployed articulated unisons, their sinewy arms, splayed fingers and a Robert Wilson-ish walk adding to a mood best described as oppressive.

Brandon Mathis’ voice-over (text by Taylor), spouting phrases such as, “Maybe we should just relax,” “Maybe we shouldn’t stress,” “Drift—a lovely word,” contributed to the angsty feeling. With silent screams and frozen stances, the dancers, with their high kicks, higher extensions and elongated moves could have been cabaret descendants of the Weimar Republic.

Four more red lights blasted through the darkness (Katelan Braymer was responsible for the evening’s lighting design), with white spotlights also revealing these splendid movers in all their glory. But it was Taylor who stole the show: Her solos seemed Butoh-inspired, the slowing down of her body in stark contrast to her swift pirouettes and—what else—her exquisite bourrées. (At one point in her young life, Taylor studied classical ballet, the technique a definitive part of her movement vocabulary.)

And did we mention she also executed effortless splits, her bobbing, marionette-like head something to behold, while her duets with Luck proved a perfect pairing? So, too, did the quintet demonstrate fluidity in their purposely awkward moves, their frozen stances the ideal embodiment of the work’s intention: making choices, finding balance in a world gone mad and the eternal shifting that is the essence of a life.

With no intermission, Taylor and Luck returned to the stage, sans jackets, for their pas de deux, “Time.” At about five minutes and set to music that included Ezio Bosso’s String Quartet No. 5, the pair displayed marvelous turns and leaps, with Luck even tossing off a set of entrechats. This viewer also detected a tiny nod to David Parsons’ classic, “Caught,” the rapid turning on and off of spotlights showcasing the duo in different static postures.

The evening ended with “‘90 Sugar,” a quirky, autobiographical take on life as a millennial careening through the 1990s. A tad long at 25 minutes, the work featured the company, including Keilan Stafford and Austin Tyson in this confessional romp, with the cast sporting microphones and blabbing about their feelings, the text again provided by Taylor.

Phrases included, “We all want to experience great things,” “We need your help,” and “How can we live in a world with so much opposition?” The answers came in the form of dance, notably the dance planet embodied by Taylor and troupe, who, in this work, again offered crisp unisons, pugilistic stances, back bends and the ability to talk and move at the same time—no easy feat. Wearing bright orange tops and shiny black baggy workout pants, there was also talk of “Rush, rush, rush.”

With its occasional frivolous and frenetic vibe, the piece featured a mixed-bag score, including some Salt-N-Pepa and Tam Visher’s original composition, the slowing down of her beats akin to HAL running out of juice in 2001: A Space Odyssey. This made perfect sense, as the dancers’ taffy-like lunge-walking proved impressive. And while it was also a hoot to hear erstwhile NBC newscasters Katie Couric and Bryant Gumbel discussing how the internet “was becoming big,” the piece could benefit from some judicious editing.

Still, Micaela Taylor and the TL Collective gives ample reason to hope, with their swagger, style and swoon-worthiness a boon to the terpsichorean community, meaning: This audience member is ecstatic to report that dance is back again . . . bigtime!

Next
Joy, Perseverance, and Power