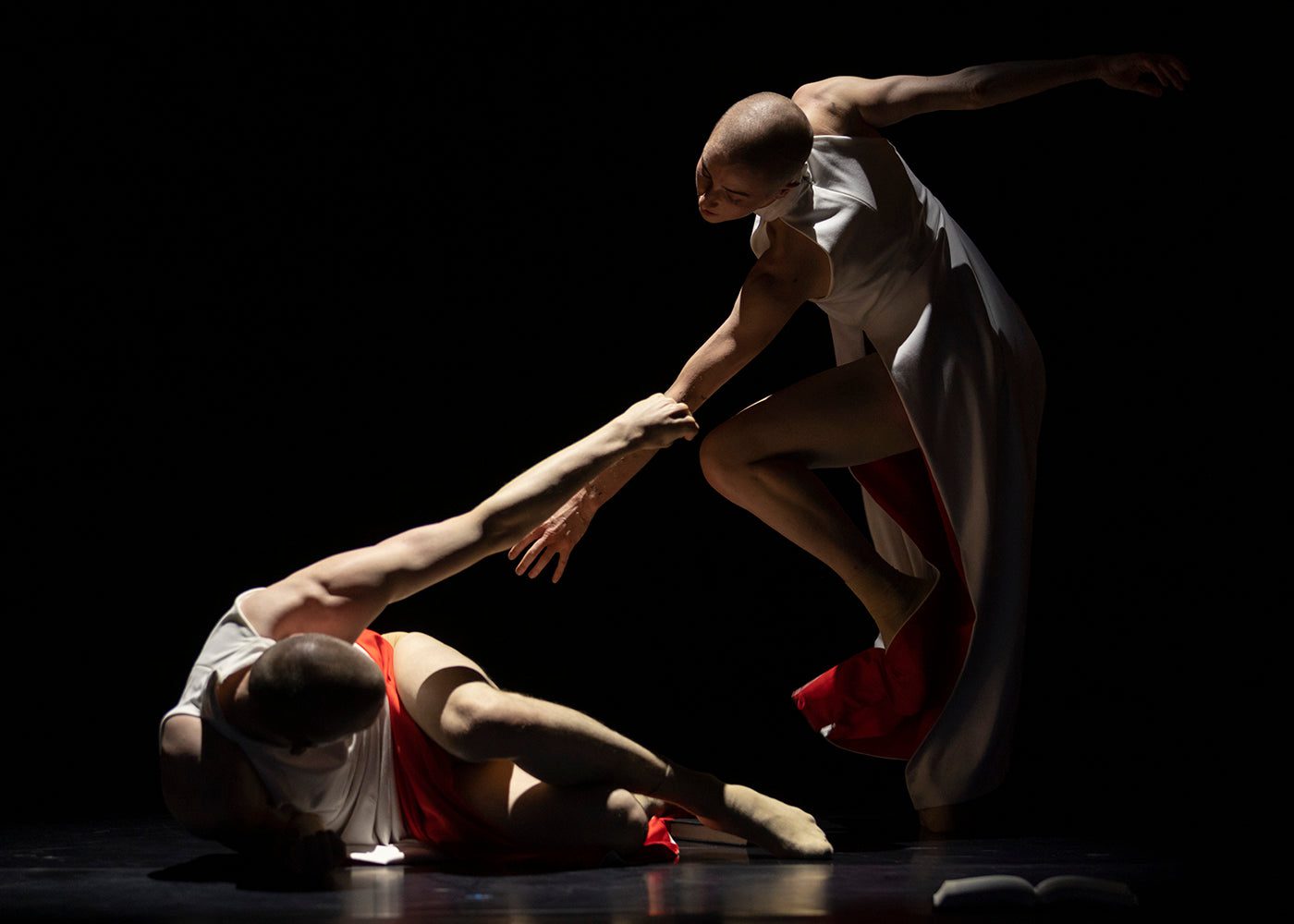 For the first time since February, the Sydney Dance Company is performing live in Sydney with “New Breed 2021.” One year ago, I wrote the same sentence about the premiere of “New Breed 2020.” The performing arts had just endured what we thought would be their hardest year to date. But Covid-19 had other plans, and here we are again. This time we’re back, more weathered, masks firmly fitted, vaccination certificates at the ready. The crowd moves differently, everyone keeps just slightly more to themselves, eyes lower if shoulders accidentally brush on the way to seats. There is a sense that no one wants to do anything to jeopardize this performance, and this season, a collective sense of relief hangs in the air.

The “New Breed” program is the creation of SDC artistic director Rafael Bonachela. Now in its eighth year, the program gives four emerging choreographers the opportunity to create new works on dancers of the company. A rare choreographic springboard, the initiative comes with all the infrastructure and creative trimmings of SDC, including costumes, lighting design, and original scores. This year’s chosen four are Jasmin Sheppard, Lilian Steiner, Jacopo Grabar, and Rhiannon Newton.

Jasmin Sheppard’s work “Given Unto Thee” opened the night. The work explores the use of religion by colonising powers as a vehicle for control of Indigenous peoples. “Given” doesn’t criticize beliefs, but instead looks at the misuse of power and displacement. Sheppard, a long-time dancer with Bangarra, shows prowess as a choreographer. The work is cleverly uncomfortable in its composition, the dancers weave their bodies into pressured and awkward shapes evoking removal and displacement, and the messaging is powerful. The choreography is perfectly highlighted by an equally uncomfortable score, which provokes an uneasy feeling while the dancers’ move. Aleisa Jelbart’s costume design is also remarkable, with the dancers’ traditional-style garb transforming into priestly cassocks of white and red. Combined with the choreography, the symbolism is breathtaking.

The second work was “Springtime Again” by Lilian Steiner. Steiner is a long-term performer and collaborator with Lucy Guerin Inc., having performed to rave reviews in daring works like “Split” where she performed the entire work without clothing. For her work “Springtime Again,” I expected nothing less than daring. It delivered. The work comprised of six dancers who moved across the stage entirely in the dark, each holding a glow-in-the-dark shape. There was no choreography per se, the intention being that the dancers improvise so that each performance is unique. I hoped the concept would deliver in its execution, but except for the final ten seconds when the lights lifted, at no time could the dancers be seen. Part way through the work, still completely in the dark, more dancers entered the stage holding what looked to be large, glowing pieces of coral. It had hallmarks of a MONA-style audio visual experience. But without the dancers bodies in view, the piece fell short—a shame given the access to dancers, an original score, and costumes.

The highlight of the night was the third piece “Stereotipo” by Jacopo Grabar. Meaning “Stereotype” in Italian, the work explored the concept of stereotypes by calling on Grabar’s Italian heritage. The work was refreshing and light, and at times beautifully comedic. A huge tomato led proceedings, the dancers moving and weaving with grace and delight in pursuit of the motif, Italian bravado and humour clearly on display. After a year or two of lockdowns, it was a delight to watch. A reminder that big concepts can be explored joyfully, the audience clearly elated while still allowing for reflection on stereotypes, and for that it drew raptures from the audience.

The final work of the night was Rhiannon Newton’s “The Gift Of A Warning.” The piece explored the force that humans exert on the earth. After Grabar’s rapturous piece, it seemed to start slow, but then Newton’s clever choreography lifted, almost covertly, into full flight. Wound into beautiful, long, circular movements, “The Gift” elicited sensations of torque and force. A wonderfully enjoyable piece to finish the evening.

Sydney Dance Company’s “New Breed” has once again provided a much needed choreographic platform for exploration and opportunity. Taking on diverse subject matter, the works are thought-provoking yet entertaining, and full of risk. While not all the pieces are for everyone, that is the beauty of such a platform—to explore the possibilities of choreography. There is no understating the importance of Rafael Bonachela’s “New Breed,” not only for new choreographers but composers, designers, and dancers, too, to push the limits of creativity. After nearly two years without live performance, it was a joy to watch Sydney Dance Company live.

New Breed runs at Sydney’s Carriageworks until December 11, 2021. For details and tickets, head to www.sydneydancecompany.com

Previous
The Fiery Heart of Flamenco

Next
A Light Touch