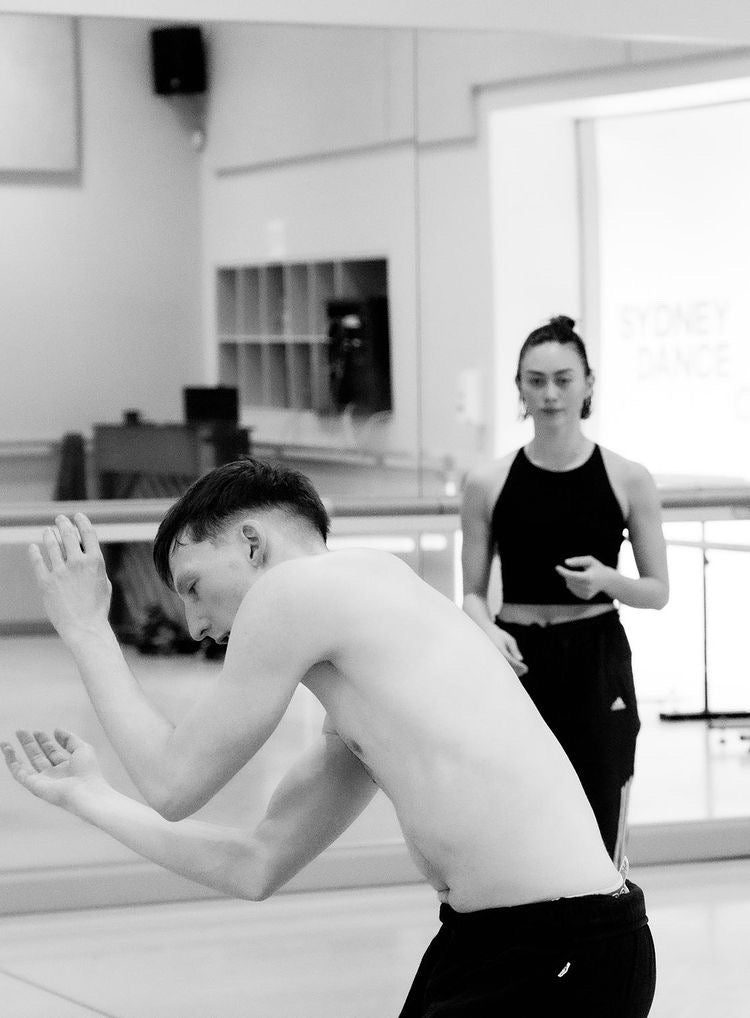 From the moment Chloe Leong joined Sydney Dance Company she was a star on the rise. In her first season with the company, she won the Helpmann Award for Best Female Performance after captivating audiences in William Forsythe’s “Quintett.” In 2020, for the first time, she has turned her hand to choreography for Sydney Dance Company’s only performance to make the stage this year: New Breed. Claudia Lawson spoke to Chloe about her journey from Sydney to Barcelona to joining Sydney Dance Company, overcoming insecurities, her thoughts on choreography, and her hopes for 2021.

It’s lovely to be speaking with you. First, I wanted to ask how are you, and how is Sydney Dance Company faring? How have you emerged since lockdown? Are you back in the studio?

Okay, so, yes, we’re back in the studio. I think it was around June we got back in the studio, but it was all physically distanced. We’ve come into contact for rehearsals only recently, which is really incredible. In between now and lockdown, basically all the company dancers have been teaching online for Sydney Dance Company’s virtual studio.

What were you rehearsing for? I think we all thought that we’d be back in theatres in June, but obviously that didn’t happen.

No. Basically when we went into lockdown Raf and the company really didn’t wallow in the fact that the performance we had planned didn’t happen. Raf was like, “Okay, well, what can we do?” So, apart from the virtual studios during the lockdown, I think the company created nine online dance films.

And at the moment we are rehearsing for another film that we’re doing in collaboration with Phoenix Central Park [in Sydney], which is a new performance space. And then also, we are finally about to perform the one and only season of New Breed at the end of November.

Yes, which features your choreography.

Yeah, which is amazing, and it’s really still doesn’t seem like it’s actually going to happen—but it is!

Before we go into New Breed and the work you’re creating, I think this is your sixth year with SDC? Can you tell us a bit about your journey to joining the company?

I started dancing around eight years old, and I basically did everything: I did jazz, tap, ballet, lyrical classes. And then I had an amazing ballet teacher who said, “You have potential, and if this is something that you want to pursue then you have to make it a priority.” So, I left school in Year 10, and did full-time ballet for a year and a half, but also continued with school education by correspondence. I got accepted into Rambert in London and completed three years full-time training there.

In previous full-time [dance] I was doing max three RAD ballet classes a week. I had never done partnering. I’d never learnt variations or anything like that. And so, when I started full time ballet, I did my first week and I just cried and cried and cried because I was like, “I’ve made the worst decision in my life,” because I felt very behind in terms of my ballet technique.

In my third year, I got the opportunity to tour with Rambert. I kind of learned about Raf and Sydney Dance Company, and I remember going home to Sydney at one point and seeing a SDC performance. I was just completely blown away. I was like, Oh, my gosh, this is the company I want to be with. So, I finished my training in London, and I got into a junior company in Barcelona called IT Dansa. And during that time, actually, we did a piece of repertoire that Raf had choreographed on the company, but about ten years prior.

Yeah, even then I was, like, I do really, really love his work. And so, whenever I would get the opportunity to come home from overseas, I would take class with Sydney Dance Company.

And actually, when I finished at Rambert, I did a big cattle call audition for SDC. And Holly Doyle, who used to be in the company, and I got to the end and we did a week together with the company. But I had this contract in Barcelona and I was just waiting to hear whether it was Holly or I who got the Sydney Dance contract. But by then I had my visa for Spain, and I was like, “Oh, well, you know, I have this contract in Barcelona, I basically need to take it and go.” And I’m just really glad I did, because Holly got the contract and she’s just the most beautiful dancer.

So, you were dancing in Barcelona?

Yes! The thing is as an Australian in Europe, when you’re being considered for employment, there’s always the visa aspect of it. Basically, I ended up having to come home because my visa had ended and I just kept taking classes at Sydney Dance Company. Then at one point the rehearsal director at the time said to me, “oh, we actually have a position for a female company dancer. Why don’t you spend a week with us to audition?” And I did that, and I got the job!

And you’ve really had the most incredible trajectory with SDC. In your first year, you won Best Female Dancer at the Helpmann Awards for your role in William Forsythe’s “Quintett”?

Yeah, and I won the Helpmann Award, which was just crazy. I don’t have the award, my parents have it on their mantelpiece. It was like a dream. That was a complete dream—I had just joined the Company, and I was just on cloud nine just to be a part of Sydney Dance Company, and then to be introduced to Forsythe works, that was just a dream—whether or not I got a role, I didn’t even care. Then to win an award, it was just wild.

This year you were chosen as one of the four emerging choreographers for SDC’s New Breed. Is choreography something that you wanted to pursue or how did that come about?

Actually, I have never really had a desire to choreograph! [much laughter!]

I love the honesty!

Yeah. I mean, I’ve always admired choreographers, but I’ve just never had the desire to do it myself. Maybe it’s just because I’ve never wanted the pressure or the responsibility or the possibility that people won’t like it. But I think as you mature, you come to understand yourself more, and if you are able to, and I definitely have been able to over the six years [with Sydney Dance], find my more authentic self. And my more authentic vocabulary and in  the way that I move.

That’s so nice to hear.

I think having been a dancer in previous seasons of New Breed, you get the gist of what works, what doesn’t work, and how best to go about it.

And so, at the end of last year, I thought, you know what? I’m going to push myself outside my comfort zone because this is an amazing opportunity. Hardly any companies that give their dancers the opportunity to choreograph on your fellow dancers. So I put my proposal [for New Breed] forward with no expectations, and then we went into lockdown. Two weeks later I got a call from Raf and he’s like, “by the way, if you would still like to do New Breed I would love to give you the opportunity.” And I was like, Oh, right, that’s right. I did make a proposal for that!

And has it been what you expected?

Yes and no. I mean, it’s hard! Obviously, because [dancer] Jesse [Scales] and I started our process over Zoom in lockdown. That was challenging in itself.

Can you tell us about your piece?

My work is called “Nostalgia” and there are just two male dancers who remain socially distanced at all times. So, that was challenging. But I think the limitations actually allowed the work to unfold, and I am so happy with how it’s turned out.

I was really inspired by the concept of nostalgia. I think a lot of people spent time reflecting on how they would like life to go back to the way they were, so being reminiscent of how we used to live, what we used to do. And also, that there’s an element of fantasy, of memories and imagination—looking back can sometimes [make life] seem sweeter than perhaps it was. I hope I’ve created a work where the audience can experience human feelings that are universal.

I am very much looking forward to seeing the show! And finally, what are your hopes for Sydney Dance Company and the arts in 2021?

I am really just hoping that we can be back on stage, in theatres, dancing and performing and providing joy to audiences. It sounds really simple, but we haven’t been able to come together to share that joy in 2020.

Sydney Dance Company’s New Breed premieres at Sydney’s Carriageworks on Thursday, November 26 and through to 12 December. For tickets: www.sydneydancecompany.com