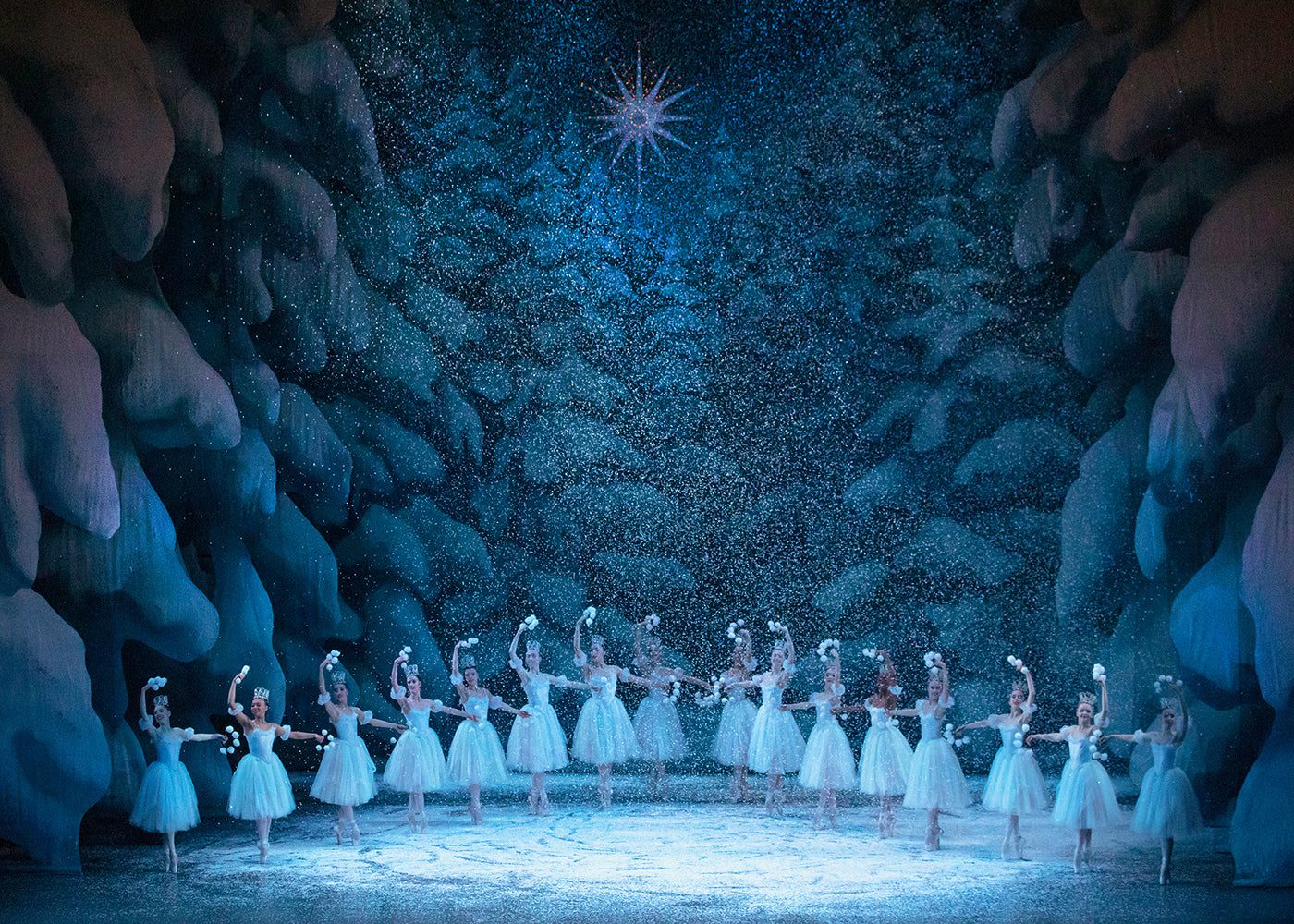 The New York City Ballet’s “Nutcracker” returned this season after its first year off since its inception in 1954. In the scope of bizarre Covid ramifications, the necessity of casting vaccinated children over the age of 12 in this year’s production must be high on the list. In normal years, the age range of the children in the performance is 8-12, with the occasional diminutive 13 year-old. For this strange year, the children were between the ages of 12 and 16. New costumes had to be made for the tall tweens and teens, and the roster went from 126 kids to 74—as some of the older children could double up and dance roles in both Act I and II. Also, it was safer to have less people gathered around backstage.

How did it look? Both better and worse. But it did not alter the show as dramatically as I thought it might. I was worried it would wander into the dark territory of those Nutcracker productions which stage the Marie/Clara figure as a young adult on the brink of sexual awakening. (I’m thinking especially of Baryshnikov’s creepy 1977 movie version, in which he, as the Nutcracker Prince, and Alexander Minz, as Drosselmeier, engage an anxious Gelsey Kirkland in a pas de trois fraught with psycho-sexual tension.) The new casting barely made a ripple in terms of the plot. These teenagers brought no emo-angst, and City Ballet’s “Nutcracker” still operates in a world of light and joy.

The politically correct updates to the Chinese Tea choreography and the switch to skin-tone tights and shoes for the Black dancers were more impactful changes, in a good way. Though the new finale step for the Tea trio needs to be reworked, it’s awfully boring. And while we’re tinkering, can Marie please get her shoe back for her walk through the snow scene? This has always bothered me. It makes no sense that she procures one by her arrival in the Land of Sweets but not before. If she and the Prince are going to stop at a shoe store en route, they may as well do it before they hit the forest. Or perhaps the Sugarplum should present her with one. But enough of Christmas wish lists, back to the show…

When the first scrim went up to reveal Athena Shevorykin as Marie and Lucas Contreras as her little brother Fritz, it was hard to tell that anything was different. Even the Greetings scene did not seem amiss, as the teenage party guests were still significantly shorter than the adults playing their parents—thanks to careful casting. It was when the Party Scene dancing got underway that I noticed the shift in lines and unison. The older kids had straighter legs and more pointed toes, and for perhaps the first time in the history of the production, they all reached for the tree on the right note after the entry chaos. The Battle Scene was also markedly changed by the teens’ cohesion. It can get a little ragged with so many tiny mice and soldiers running amok, but the big kids held tight lines and didn’t get confused in the dark lighting. The larger rodents also made for a scarier, less cutesy, home invasion. And the older battalions put up a fairer fight. When the Bunny pulled the Mouse King’s tail to distract him, he could’ve plausibly challenged him to a duel.

The teen casting had a more adverse effect at the top of Act II. Usually, the tiniest tots in the show open the second half of the production as the serenely gliding Angels. They don’t do much: they cross the stage and change places, turn around themselves, and lift teensy trees up and down. It works because they are adorable: small, innocent, and cherubic. The teens looked a little silly here. It’s not as impressive for intermediate and advanced students to spin slowly and raise an occasional arm. And when they reentered with golden instrument cutouts it looked funnier yet—a middle school band practice for the delusional. But later in the Act, the teens’ dancing was crisp and together in the Candy Cane number, and all the Polichinelles’ legs were the same height in arabesque. It didn’t matter too much that only half of them could fit under Mother Ginger’s skirt. (The others hid behind it.)

In general, the teens’ finesse was an aesthetic boon, but something was missing overall. This loss was particularly felt in the Party Scene, which fell flat without the restless energy of the smaller children who live their roles instead of performing them. They also operate at a higher frequency: they fidget and bump into each other. Tiny kids gallivant; the teens arranged themselves expertly into formations.  The older kids were so polished that sometimes it felt like nothing was going on. They dispersed too easily for Fritz to pass through to smash the Nutcracker doll, and they assembled too quickly for the tug of war game. Orderly placement was substituted for scampering—and scampering was needed. I missed the crazed enthusiasm of those small children who fall over from sheer excitement while they are supposed to be in the stationary, b-plus “kickstand” position. Luckily, some of the professionals in the cast provided zest enough for all.

Indiana Woodward is dancing the Sugarplum Fairy for the first time as a principal this season and proving with every step that her promotion was merited. Her smile was radiant and her port de bras was lush. She gave full value to transition steps and tendu poses. During the difficult pirouette passage down the center line in the Sugarplum solo—where many people look as stiff as a deer in headlights—she bent her neck so much that she risked falling backwards. She seemed to possess real fairy magic, a perfect Tinkerbell amid her tall angel entourage.

Megan Fairchild’s Dewdrop post-maternity leave was good; her double attitude turn was great. Sebastien Villarini-Velez was bright and springy as Tea. And Roman Mejia thrilled as the lead Candy Cane. Most surprising to me was Emma Von Enck’s peppy turn as the lead Marzipan Shepherdess. She possessed Suki Schorer verve. She was dynamic and incisive even during her rest steps, and she floated her final turn—kneeling at the very last second. I haven’t been that excited by the Marzipan dance in ages. As a demi-soloist, Mira Nadon likewise gave maximum energy to each moment in the long haul that is the Waltz of the Flowers—stabbing big arabesques, kicking her leg high in the á la seconde jumps before coupé chassé during the endless saut de basque sequence, and arching her back to the utmost before each waltzing tour jeté pass.

The adult casting was strong and electrifying overall, making up for any diminishment in kiddie vigor. And if that unruly, Santa-countdown energy was lacking onstage, it certainly still existed in the seats—perhaps a little too close for comfort. I brought my newly vaccinated 5-year-old, and he squirmed and jumped and clapped enough for all the teens onstage. I apologize to my row for such loud queries as: “Wait a minute, are those robots trying to be people or people trying to be robots?” during the doll dance, and “How did that guy get up on the clock without a grappling hook?” preceding the Battle Scene. Though the Covid-19 virus imposed an age limit upon “The Nutcracker” performers this year, it still worked its magic on audience members big and small.

Previous
A Moveable Feast: When a Jubilee is a Year Late

Next
The Consumptive Beauty