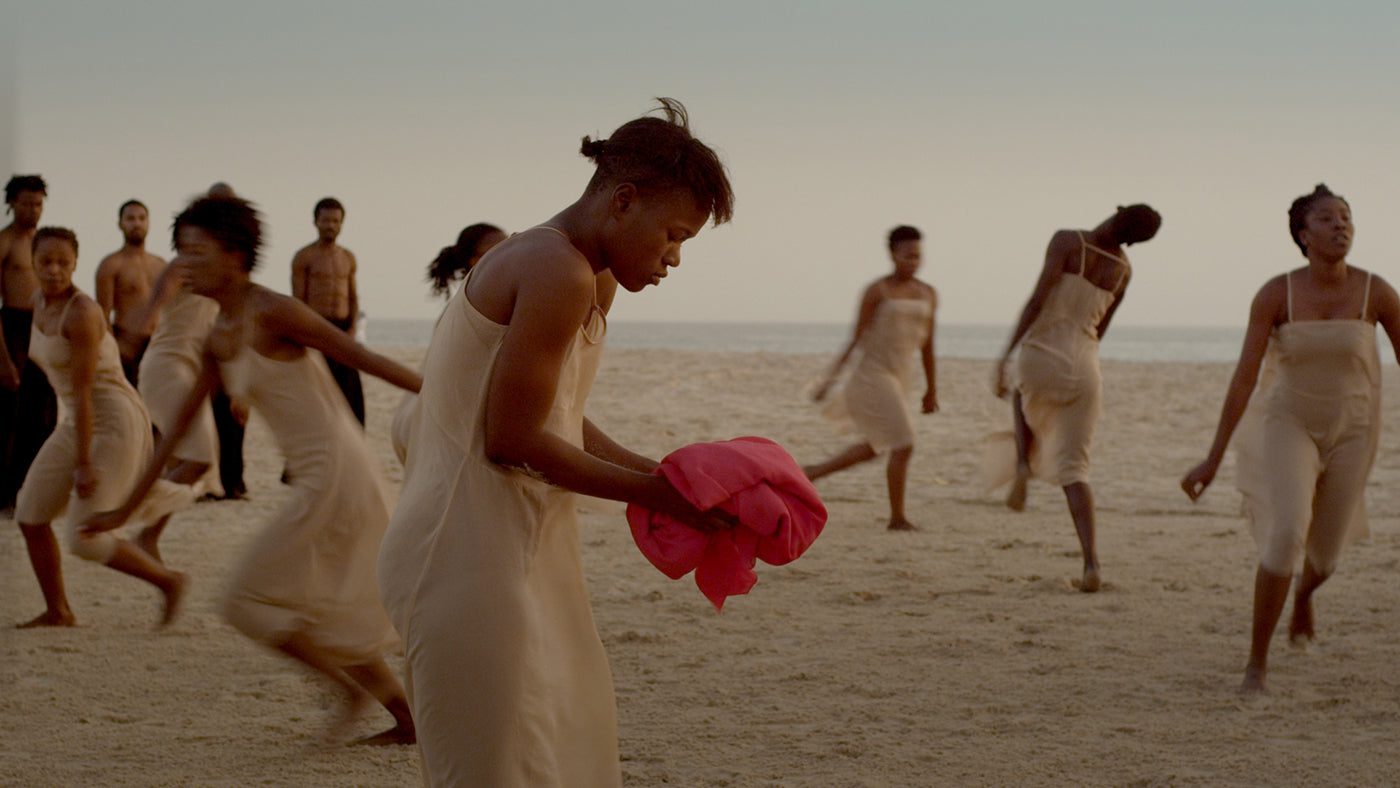 As Night Draws In

Dancing At Dusk: a moment with Pina Bausch's The Rite Of Spring, directed by Florian Heinzen-Ziob

Few choreographers made work which endures and resonates like the mighty Pina Bausch. She wasn’t just an iconoclastic presence, she created work that still shocks, gets under the skin and into the marrow, and feels so visceral that it is timeless—whether it was through certain nuanced presentations of violence or societal taboos; staging work in unusual locations or bringing older and younger dancers together as twinned iterations of themselves. She stripped back veneers of genteel bourgeois respectability. She got down and dirty, she provoked, teased at larger truths about the human condition, and kept it real. Work was not always created to follow in a linear narrative, sometimes things could just be.

This particular version of her celebrated piece, “The Rite of Spring,” was supposed to be touring, until coronavirus sadly, and with terrible timing, got its iron grip on the world.

Filmed during lockdown, then, in Toubab Dialaw, Senegal on the beach in gorgeous golden light by documentary maker Florian Heinzen-Zieb, the wonderful, spring-heeled company of thirty eight dancers, who come from fourteen African countries, recalibrate Bausch’s piece through their athleticism, superhuman stamina, and allusions to ritual. Phoenix Dance Theatre’s own recent version, created by Jeanguy Saintus, drew links to African voodou, but this time, through amplifying themes and utilising Bausch’s ever-shifting physicality, it is made far more implicit.

The opening scene could at first glance feature a sunbather. Only the emerging elegiac movements that we associate with Bausch mark it out as her terrain, with solos which are deeply unsettling. Dressed in characteristic evening wear and bare feet (cream slips for the women, black suit trousers for the men) the prone forms seem half alive/half dead, stately figures juddering to life.But who will be the victim for the sacrifice? The symbolic pink silk is dropped to the sand, and heads are bowed in shame or quiet contemplation, until the entire ensemble splay legs and thrash together. One is picked and pushed aside, but she will not be the final choice.

Such is the paradox in Bausch’s work; of push and pull, beauty and decay, violent movement and caressing softness. The men provide a more chaotic counterpoint to the women’s restraint, before the whole company integrate en masse. Spinning and flailing, but always returning back into elegance and light extensions, it becomes almost an anti-ballet, dance of desperation as the women vie for who will be selected through the pink slip to dance to death. A kind of funereal circle is formed, and now the dancers cling together, limpet-like and languid, form a chain, and just as soon implode, as the menacing fanfare of trumpets from Stravinsky’s score, contrasting with the gentle lapping of waves, intensifies. The solos are increasingly abrupt and jarring, warrior like.

At times the grouping seems conspiratorial, like a murder of crows. There is something at times not quite of this earth, as the ritualistic nature becomes more clearly delineated. Bodies jerk in small hiccuping fits and starts, moving like an exorcism, purging out poison and demons. Voodou children in adult skin. A pas de deux of discomfort gives way to a spirited, uninhibited bid for freedom, until the chosen one dances her wild dance to the death. The others look on, lurking, observing and marking their time like an advancing army. It feels horribly voyeuristic, like witnessing something wrong, off. In the company’s hands it is eerie storytelling: somehow redolent of a child bride being groomed, or the news features about rape camps in war-torn countries. In this sense, this version could have political and feminist implications, a riposte to violence against the female body, and a stark warning from the past to the future.

Next
What light (and darkness)