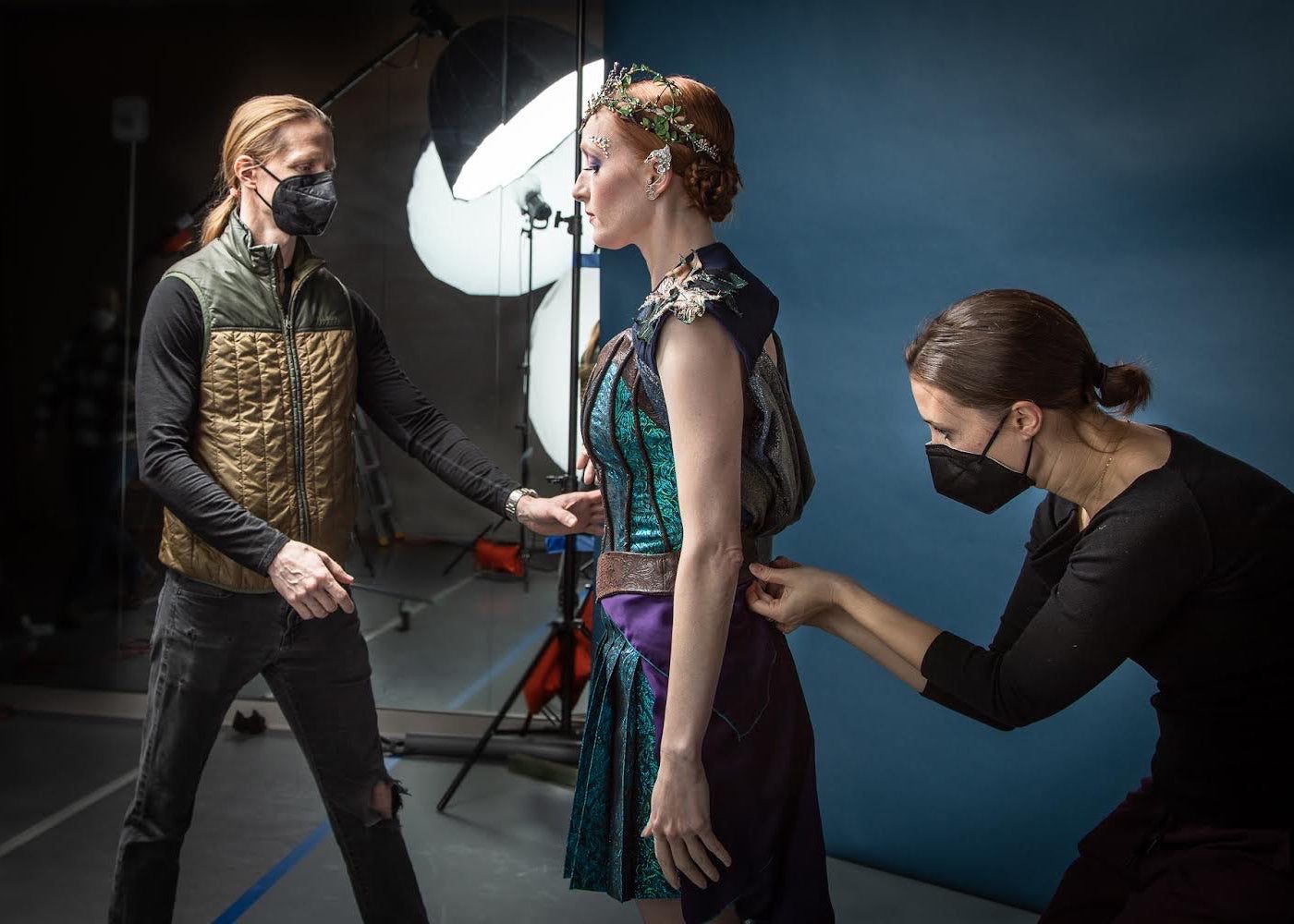 Ethan Stiefel thinks the world could use some laughter right now. “My mantra as of late has been that love and laughter can prevail,” says the former American Ballet Theatre star, who took the reins of the Princeton, New Jersey-based American Repertory Ballet last summer. “I felt that coming out of the pandemic it would be great to have a new ballet that really exudes laughter and joy.”

Enter Stiefel’s “A Midsummer Night’s Dream,” his first full-length work for ARB, set to the rarely-heard Erich Wolfgang Korngold score. Stiefel’s reimagining, which premieres this weekend at the New Brunswick Performing Arts Center, doubles down on the whimsy of the Shakespearian comedy. (And not just in the ballet itself: Pre-show activities on opening night include a petting zoo and a fairy face painting station.)

Though the production is family-friendly, it’s too sophisticated to be just a kids show. The source of some of that sophistication: Luminous ABT principal Gillian Murphy, who is married to Stiefel, and who will dance the role of Oberon in several performances. Yes, Oberon, King of the Fairies, a role typically played by male virtuosos from Edward Villella to Stiefel himself. In Stiefel’s version, a more vulnerable but no less virtuosic Oberon is a woman, and is instead the leader of the elves. I spoke to Stiefel and Murphy about adapting the character to be a woman, the ballet’s unique score, and their vision for ARB.

What are some of the innovations you’re making on the classic “Midsummer” with this production?

Stiefel: It really resonated with me when I was reading about Oberon that it isn’t gender-specific in many legends. And it was also said that Oberon was the ruler of the elves, and I felt that was a fun twist I could play upon: Titania and team fairies, and Oberon and team elves. And we’ve taken it further—there’s a team donkey as well. I also wanted to make the Changeling more of a meaty role. In all the productions I’ve danced in, I haven’t seen the Changeling be a virtuosic dance role, but just a small child who is kind of a human prop.

Gillian, what’s it been like to develop a role traditionally danced by men?

Murphy: It’s such a gift to be a part of creating a role in a full-length ballet. It happens so rarely—I’ve been a principal with ABT for 20 years and those opportunities don’t come along very often. To be one of the original Oberons in this production is particularly special because it’s Ethan and I believe in his vision, and because there’s an incredible combination of extremely challenging technical elements with a real artistic nuance. I’m looking at Oberon as a force to be reckoned with, and someone who is looking to stir up some trouble with Puck but also does have a love for Titania. There’s some moments that l can draw on my experience as Sylvia or Gamzatti, that powerful figure that no one would want to come across in a bad mood. I’m also inspired by Ethan’s Oberon—I saw how he brought that character to life in Ashton’s version. But I think this particular Oberon is very unique because I am in the body of a woman. For me, there’s her natural command and leadership, and then there’s also a maternal aspect in how she’s wanting to look after the Changeling, which is different from Oberons usually having a paternal or maybe just jealous thing going on.

You mentioned that you’re bringing in some other movement beyond the traditional ballet vocabulary.

Stiefel: The donkey—I would love to dance that role—it’s like Lescaut in “Manon.” Des Grieux is the headliner, but Lescaut has that drunk solo. It’s its own virtuosic role, but it manifests in a very different way than Titania and Oberon and the Changeling. It goes into athleticism and this kind of Broadway demi-character sensibility. And then the elves are like backup dancers—really good ones. They have to do double tours, but sometimes they’re doing the cabbage patch.

Stiefel: It’s finding that balance between the sophistication of ballet and classicism, which is what we’re made our careers in, but at the same time it’s infused with all of these other experiences—dance on film, Fosse, Jerome Robbins, Twyla Tharp. Sprinkling in some other things makes it more impactful, and makes it have the ability to reach a broader audience but at the same time not be dumbed down.

Tell me about the music you’re using.

Stiefel: The Erich Wolfgang Korngold score was written after Mendelssohn for a 1935 film. So the orchestration took from the Mendelssohn and moved it forwards many years. There’s what would be familiar Mendelssohn music, but all of a sudden, with an alto saxophone, or a different tempo or meter. It gives it a more contemporary feel. Elizabeth Thompson, who is one of the librarians at the Princeton Symphony, was incredible, because not many people knew of this score. She became a kind of detective to contact the Korngold Society and locate the score, which was buried in the archives out in California and had to be dusted off.

You’re approaching one year as the artistic director of ARB—how has it been going? What’s your vision for the company, and how does this work fit in?

Stiefel: I’m very lucky that Gillian is the artistic associate, with her contributions teaching and coaching and so many other things, because this organization is lean and mean. There’s not a huge infrastructure, so my prior experience has served me well, but I’m learning a lot. Especially with the pandemic putting so many organizations on hold—and this one not having an artistic director for two years plus—it seemed like a restart. So that’s in its own way attractive and interesting. Moving forward, one of the things you’ll see in the rest of the programming is creating repertoire on these dancers, so they buy in and have a real sense of contributing in a bricks and mortar way. So we have something that’s our own, and is exclusively ARB. But isn’t exclusive—it’s there to be inviting to all people.

Next
On Solid Ground