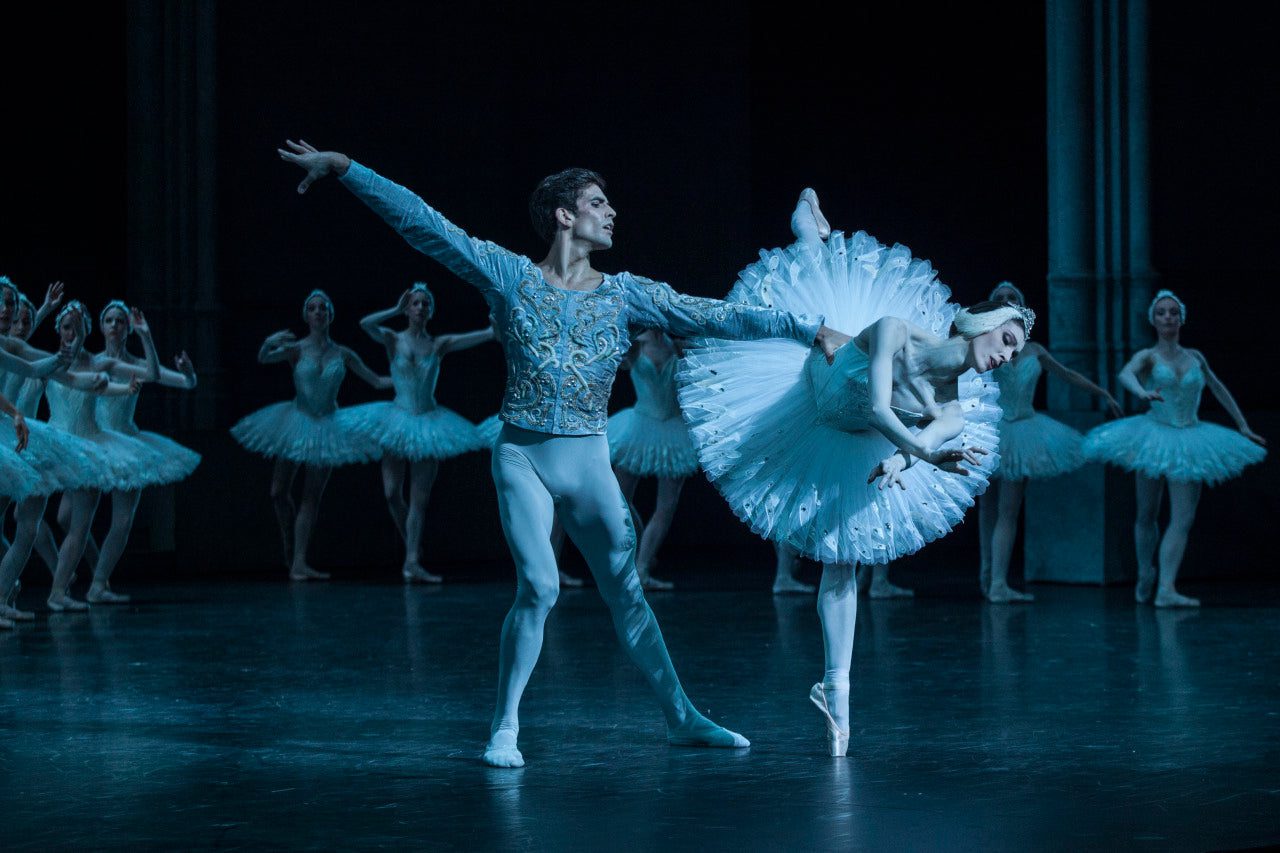 A Freudian take on Swan Lake

Nureyev’s take on “Swan Lake” (1984) is often said to be tricky, narcissist, untidy. It is all that, to some extent, but it’s also one of the most mature, intense versions of the crowd-pleaser that has gone free from emotional stirring around the world. In Nureyev’s version, the psychological depth, ingrained in the Prince’s psyche, is reminiscent of the choreographer’s dark side. And when you watch men waltzing holding hands like women traditionally do in Romantic ballets, it feels close to what could have been in Tchaikovsky’s imagination. Part of his sorrow came from his attraction to men, which he had to repress because of “good morals.” The haunting pain of his occasionally bursts from the music and all of a sudden everything makes sense; that Siegfried is as torn apart as the choreographer and the composer were. Call it extrapolation, but there’s a reference, maybe, to Ludwig II’s tragic fate, as Neumeier later emphasized it. No matter what actually crossed Nureyev’s mind when he poured his thoughts into his masterpiece, the male hero is clearly not just another foil to the Swan Queen. And that’s why the “Swan Lake” which landed at the Paris Opera Ballet in 1984 is worth watching once in a lifetime, regardless of its imperfections.

“Swan Lake” immediately rimes with long arms, slim figures, Russian soul and technique. Paris dancers, especially females, were trained to hold back all kind of excess in their dancing. In the institution founded by Louis IV, démesure is cursed, regarded as distasteful; hence a lack of French world-renowned Odette and Odile nowadays. Uliana Lopatkina and Svetlana Zakharova have stolen the title of the best Swan Queens of our time. In the Paris-based company, Sylvie Guillem, Elisabeth Platel or Agnès Letestu (part of the Nureyev generation) made great impressions in their days. But they’re all retired now. Last year, Héloïse Bourdon, a well-established demi-soloist, danced the role with dazzling success both in Paris and in Saint Petersburg, where she was invited thanks to Yuri Fateev (Mariinsky ballet director). The revival of “Swan Lake” in Paris this year, however, is completely different. Young talents with whom Benjamin Millepied entrusted principal parts in 2015 have been kindly asked to stay where they belong: in the corps de ballet. Aurélie Dupont, a former étoile herself, decided to cast female étoiles only as Odette/Odile. A few soloists she likes (Léonore Baulac, Hannah O’Neill) fill in the gap in case of injury.

The two first casts I saw highlighted two facets of the Paris Opera Ballet as it is now. The evening of the cinema broadcast, Amandine Albisson—a Dupont favorite—and Mathieu Ganio showed strong technique but little emotion. The cast of the première (Myriam Ould-Braham and Mathias Heymann) emphasized fragility and poetry. Two contrasted interpretations breathed different eras; a romantic one and a modern one.

A dark-haired, rather athletic dancer, Amandine Albisson embodied a modern Odette, that is, slightly feminist. The minute she arrived on stage, she seemed in full possession of her means. In her white adagio with Mathieu Ganio, a danseur noble who skyrocketed before he turned 20, she never really gave in to him in any way. She led the romantic pas de deux on her own and danced independently from the man who offered to rescue her from her condition. There must be a reason why Albisson is often paired with Ganio. But at first sight, the two étoiles share no striking alchemy. Her Odile was stronger than her white swan, of course. Her physique and personality might be more suited to the role of the woman advocating for steely determination. Yet even as the black swan she acted a bit dry, for an ostensible love interest. Mathieu Ganio represents the princely prototype. However on the evening I saw him, he solely relied on his physical connection to Siegfried. His mind was seemingly miles away, coming at the expense of his interpretation.

Myriam Ould-Braham and Mathias Heymann drew a different, mesmerizing, picture of “Swan Lake.” They breathed such ancient-times delicacy that they almost turned the clock back to the 19th century. To start with, Myriam Ould-Braham, a refined ballerina with dollish features, is a perfect ode to Odette with her slender lines and sensitive nature. Her phrasing was beautifully musical; everything in her conveyed grace and brittleness. Although she’s not a stage animal, she was convincing in Odile’s pointes, her clear-cut technique and natural charisma being well-used assets.

Heymann is all velvet in white tights, a male version of Mryiam-Ould Braham. His solo variation as Siegfried was neurosis translated into steps. Forget about the traditional sweet melancholy of Siegfrieds of the world. Heymann’s distress, as his mischievous preceptor takes over him, exudes from every pore of his body and soul. Cat-like landings, soft arms and high jumps make him a plausible Prince. His technique, moreover, is precise and clear, making room for (sorrowful) interpretation.

The sick relationship between the preceptor and Siegfried is a key element in Nureyev’s “Swan Lake.” The Prince’s tutor appears to be Rothbart as well, the evil sorcerer who turned Odette into a swan. Nureyev loved underlining human duality in his ballets. In his “Nutcracker,” the Prince is an idealized double of the young girl’s godfather. Both parts are performed by the same dancer, thus leading to confusion and psychological discomfort. The night of the première, Wolfgang/Rothbart was danced by Karl Paquette, sweet face, blond hair, perfect for the ill-intentioned guy. He can rely on a magnetic presence, as his stage authority almost stole the show in Act I. His manipulative power over Siegfried, on whom he holds a strong grip, cast a chill over the audience.

Few “Swan Lakes” in the world can compete with the stunning aesthetics of Nureyev’s fourth act. White swans mourning in lines and circles touch greatness. All of them, hurt, march with offended dignity to their tragic fate, perfectly matching Tchaikovsky’s score. Among them, Fanny Gorse captured the eye.

The coach for that revival of “Swan Lake,” Clotilde Vayer, is a wealth of knowledge. She remembers Nureyev’s creation by heart and soul, still holding dear each intention in every step. She should be mentioned for that!

Next
A Hollow Spectacle