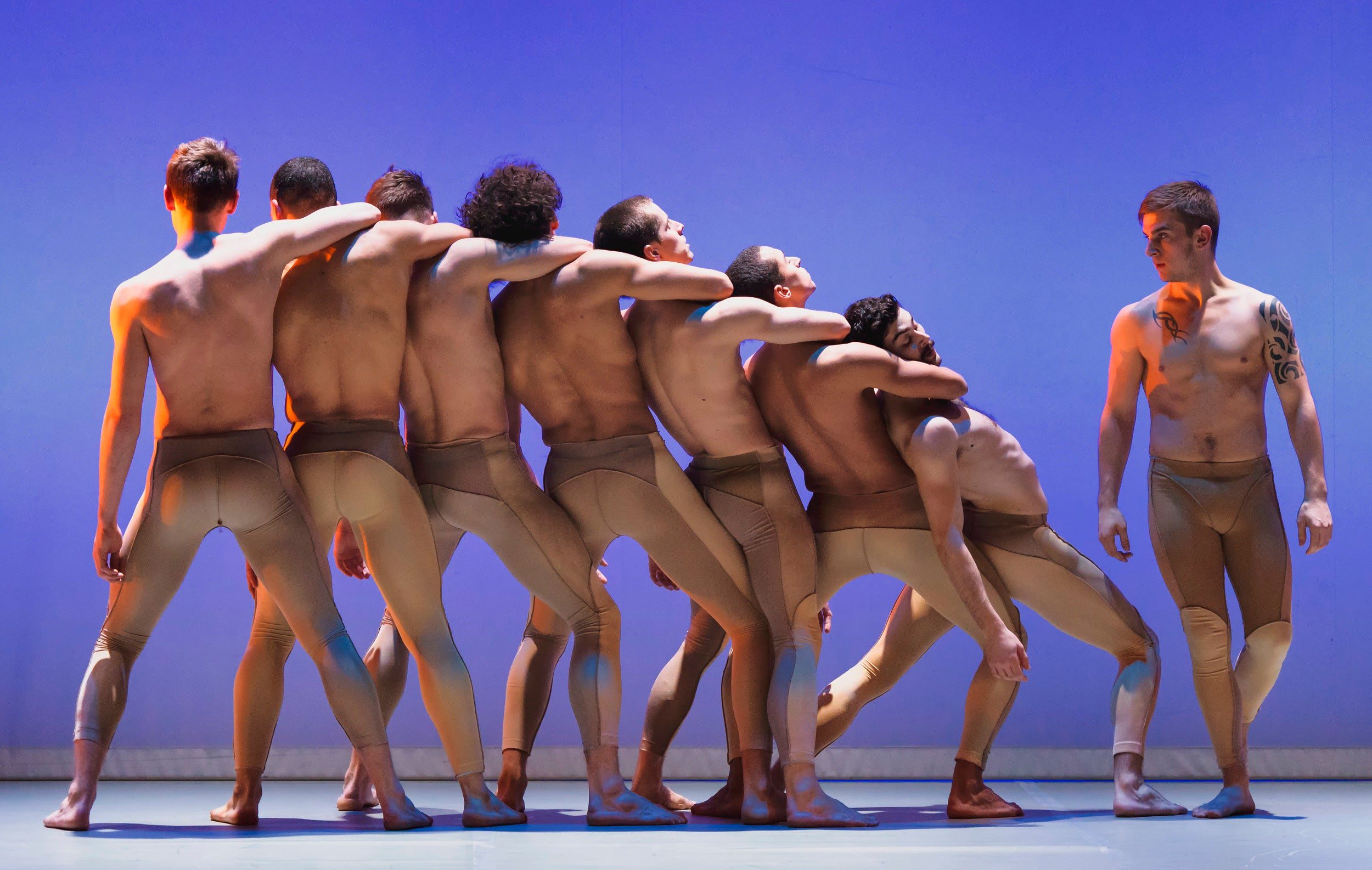 The billing for “Young Men,” Iván Pérez’s contribution to NOW’s WW1 Centenary Art Commission, features an up-close shot of a man’s grimy, tear-stained face alongside a quote from Jose Narosky: “In war, there are no unwounded soldiers.” The ad speaks to the hushed, harrowing sense of violence Pérez endeavours to capture and shape in his forthcoming piece, which is due to premiere in January and meditates on the psychological reverberations of wartime bloodshed.

The UK’s resident all-male troupe BalletBoyz recently performed an excerpt of “Young Men” alongside a reprisal of a much-lauded double bill: Liam Scarlett’s “Serpent” and Russell Maliphant’s “Fallen.” Sober and heartfelt, Pérez’s preview looks promising: the choreography, though slightly under-polished, is sound in both range and depth, juxtaposing the pedestrian strides of the individual against the strange, terrifying waltz of the battlefield. A phrase in which the men twist to the floor in a heap, arising only to collapse again—a nod to the mechanisation of slaughter the Great War so perversely perfected—resounds particularly powerfully, as does a scene mimicking an army yard, wherein harsh lights illuminate militant drills performed under the direction of a baying leader. Pérez seasons the contemporary base of the movement vocabulary with hints of breakdance, including slides across the floor and periodic one-on-one battles for dominance.

There’s no doubt “Young Men” is heartfelt, but for all its earnestness, the inauthenticity of its simulations feels ever present. Attempting to portray the horrors unique to war is a patently different endeavour than paying homage to them, and there’s no getting around the sense that the ballet’s sleek, affected veneer ironically glamorises the very violence it laments, as is often the case with gritty social realist works. Of course, it’s entirely possible the immediacy of the ballet’s facsimile will subside in light of other scenes included in the full-length piece. In any case, the notion that war is so much bigger than the individuals caught up in it suffuses and carries the piece—a powerful concept all the more entrenched by the primal clout of ten men banding together stoically as the drumbeat of war pounds ever closer.

By contrast, Scarlett’s “Serpent,” which precedes “Young Men,” is all agility and elevation, a life-affirming celebration of the male physique in all its sinewy glory. The choreography is supple and the shapes intriguing—one memorable tableau sees the whole group form a curved line, hands wrapped around each other’s necks, their bodies fusing together to form a multi-limbed sea creature of sorts. The group portions prove a little messy, with several dancers a few counts behind the others, but the partnering is excellent and represents an interesting departure for Scarlett, who typically focuses on male/female duets that clearly delineate between the sexes; here, however, each pair is comprised of peers rather than foils, and the resulting interaction is dense, sensual, rich. The piece is of several moods, progressing from an initial tone of poignancy to one of urgency and then tranquility. A combative sequence of jujitsu-style partnering shatters the latter, and the tension eventually erupts into a fiery eroticism marked by writhing and quick whips of the limbs.

Maliphant’s “Fallen” concludes the bill and likewise denotes a slight divergence from the choreographer’s normal fare in that it includes ten dancers instead of his customary two or three. The variation is rewarding: rather than dilute his trademark fluidity, the group amplifies it, offering a lithe, winding turn through what appears to be a hellscape, what with its clangorous music and inferno-like circles of light. Maliphant’s distinctive language is present throughout, including his fascination with negative space and constant interaction: when they’re not counterbalancing or engaging in daring lifts, the dancers floor surf, turning their attention from the air to the ground. There’s a limited amount of unison choreography, which is probably for the best—fluidly as they move together, the troupe is not the tightest when it comes to collective sync. Still, the vast amount of talent among the dancers is enough to propel this bill into ‘great’ territory, and judging by the audience reactions I suspect there are many eagerly awaiting the company’s return to the stage come January.

Next
Give and Take