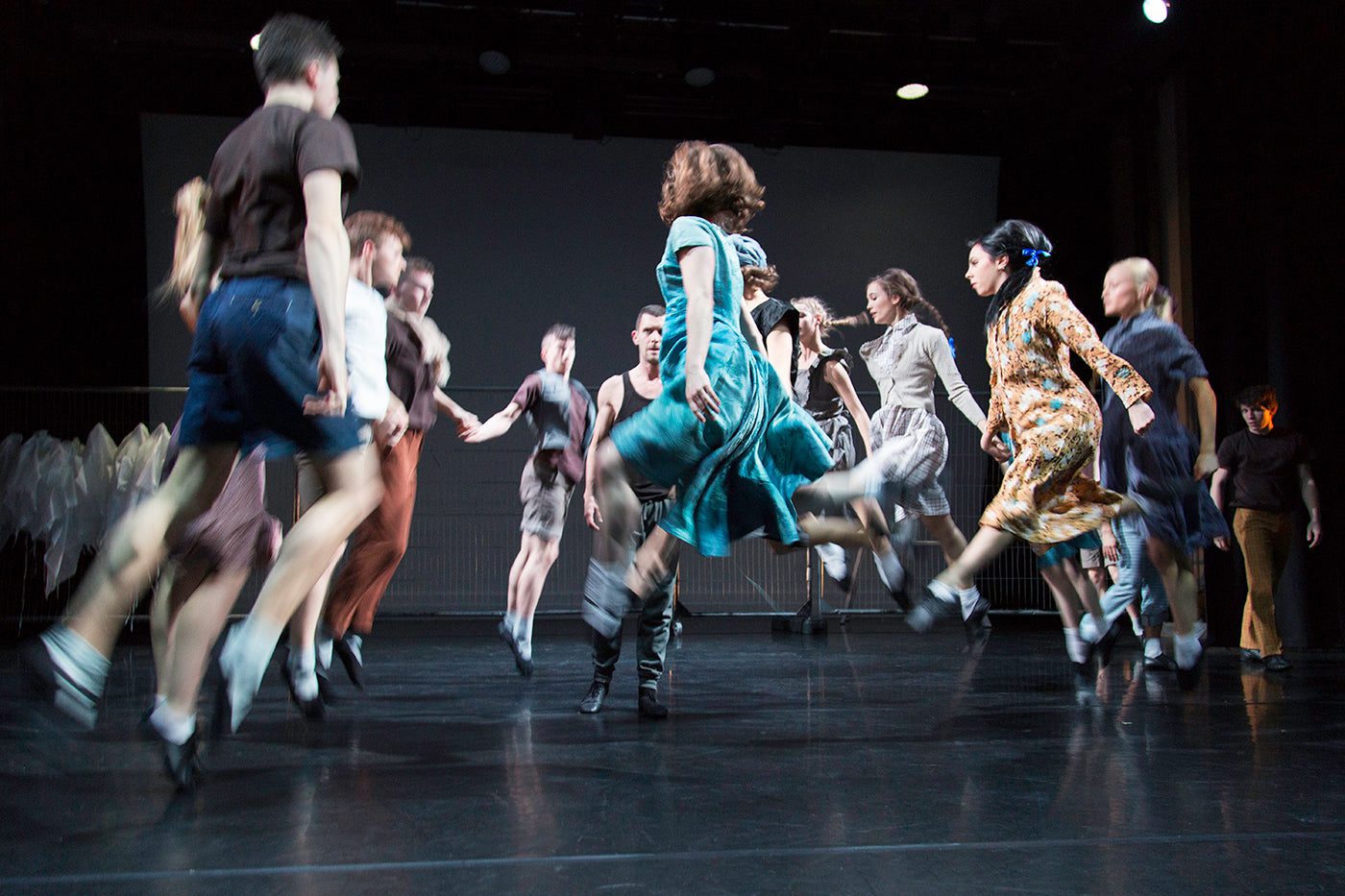 There are few project-based companies (at least in the UK and outside of the ballet world) that focus on presenting the work of past masters alongside that of emerging choreographers. Yet Yorke Dance Project, now celebrating its twentieth year, has built its reputation by doing just that. Founded by artistic director Yolande Yorke-Edgell in Los Angeles, the company has been based in London since 2009, and this year was nominated for National Dance Award for best independent company.

It is fitting then that “Twenty” a mixed bill celebrating the company’s anniversary, features works by two master choreographers—both of whom have had great influence on the company’s trajectory—alongside a new work from emerging L.A.-based choreographer Sophia Stoller, and Yorke-Edgell’s own tribute to the past twenty years of her company.

Kenneth MacMillan’s “Playground” opens the programme—the first restaging of the work since its premiere by Sadler’s Wells Ballet in 1979. YDP are no stranger to MacMillan having previously restaged “Sea of Troubles,” MacMillan’s dark and brooding study of Hamlet, which proved a success for the company. It would make sense then, to breathe new life into another of MacMillan’s lesser-known works. “Playground” however, has not fared so well against the test of time.

In typical MacMillan style “Playground” simmers with tension, yet its approach to achieving this often feels uncomfortable and clichéd from today’s perspective. From the stiffened, doll-like movements of its central female character (Oxana Panchenko) to the rhythmic clapping of the opening that morphs from a childish game into something reminiscent of a taunting mob, many of this work’s motifs feel awkward and outdated. Bodies are manipulated with sardonic intention and the moments of pseudo violence are uncomfortable to watch.

Of course, the intention to provoke is not a problem in itself. However as “Playground” unfolds we realise the dancers are not children but patients in an asylum. (MacMillan himself had been undergoing undergoing psychoanalysis for a number of years.) The imagery and ideas present a belittling approach to mental health which many in today’s society have worked hard to dispel. YDP may have presented a restaging faithful to MacMillan, but perhaps there are wiser choices to be made about past works and the associated ideals that revisiting these gives life to.

From one master to another, Robert Cohan has been closely connected with YDP for a number of years both as a choreographer and as a mentor on the Cohan Collective—a residency programme that brings together choreographers, musicians and dancers. It was from this residency in L.A. that Sophia Stoller’s “Between and Within” was developed.

Although brief, this slow and studied piece for four dancers is captivating. Its opening ‘snapshots’ freeze in time what would be fleeting encounters between the dancers. As the work develops these opening images are absorbed into the movement and, through the dancer’s shifting partnerships, we are offered a glimpse into the more private moments of their worlds.

Given his involvement with YDP, it’s only fitting that Cohan’s own work should feature in their anniversary programme. Set to music by Nils Frahm, “Communion” is Cohan’s sixth work for the company.

It’s a simple, yet majestic work. In a single row the dancers walk up and down the stage, periodically leaving one of their members behind. Left alone they reach heavenward, before being swallowed once again by the line.

As the dancers spread across the stage, dancing in the centre space or resting, watchful, on chairs at the side, the small gestures that pepper this work are reframed and repeated. Arms reach upwards and hands quietly search. Regularly, the dancers fling their arms over their shoulders in a movement reminiscent of self-flagellation. Yet even this violent action is performed with care and reverence.

Every moment in “Communion” appears considered and, in its space and simplicity, there’s an inherent sense of quiet contemplation. In this gentle and understated way, “Communion” reaches far beyond the movement itself.

YDP close their anniversary programme with a work inspired by those who have held the greatest influence over Yorke-Edgell’s career: Cohan, Bella Lewitzky and Richard Alston. Each section of this work is an ode not only to each artist’s distinct form and style, but a journey through time and memory. From group sections that are a joyful celebration of line and form, to a fluid and touchingly danced duet between Yorke-Edgell and dancer Edd Mitton, “Imprint” is a work choreographed and performed with heartfelt understanding.

Voiceovers offer anecdotes from each choreographer—an addition that lends the work a more personal touch. Dancer Freya Jeffs performs a beautifully expressive solo, with a balance of strength and softness that conveys an inherent understanding of the artistry that inspired it. In its whirlwind journey through a history both artistic and personal, “Imprint” aptly encapsulates the celebratory spirit of this programme and the twenty years of work that has inspired it.

Next
Flights of Fancy