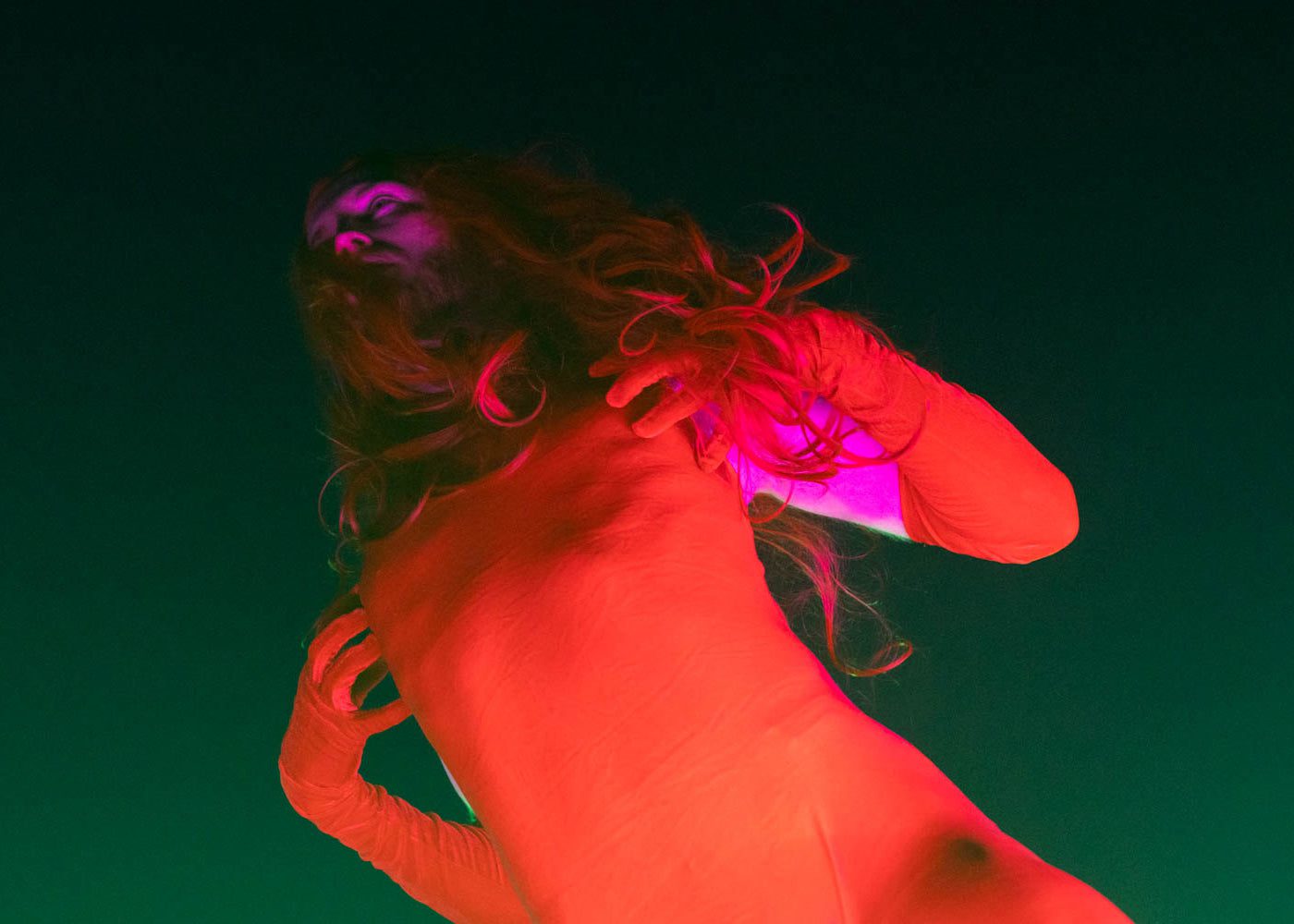 Artistic director Rafael Bonachela’s remarkable “New Breed” has hit the stage at Sydney’s Carriageworks for its 9th year. Each year the initiative provides a springboard for four budding choreographers to create a brand new work—the hope for many is to establish themselves as choreographers. Miraculously, the initiative has somehow survived the Sydney lockdowns and is now a mainstay of the company’s performance season. The initiative comes with all the creative trimmings and infrastructure of Sydney Dance Company—the chosen four have access to company dancers, studios, composers, costume, and lighting designers. The concept is wonderfully simple, but rare in the performing arts.

This year, Bonachela, together with the support of Carriageworks and the Balnaves Foundation, selected Sophia Ndaba, Jenni Large, Luke Haywood and Charmene Yap. Their experience and backgrounds are mixed: Ndaba is a former contemporary dancer and emerging Sydney choreographer; Jenni Large is award-winning choreographer based out of Tasmania; Haywood is a current and long-time dancer with SDC making his choreographic debut with New Breed; and Yap, is a former SDC dancer, now SDC rehearsal director, and delivers her second work for New Breed, having also choreographed for its premiere season in 2014.

“The Veil of Separation” by Sophia Ndaba is the first work of the night—and one of two highlight pieces. Performed by three woman and three men, the work explores separation—from the microscopic cell level, to the macro, and the forces of separation between humans, animals and machines. Engaging duos and trios explore a sense of push and pull, enhanced by the fabulous beats of Tim Ayre and Jack Glass’ score. The piece is made wondrous by a huge veil-like material cloth that hangs from the ceiling, it billows out and entwines the dancers, lending an ethereal feel to the piece. Only 18-minutes in length, the work has the potential to be developed into a SDC mainstage piece. With beautifully subtle lighting from Alexander Berlarge, the piece is a choreographic delight to start the evening. Tamara Bouman’s performance is exquisite.

Jenni Large’s “Sucker” is next. Large herself describes the work as being “pulled into a discordant cult-like nightclub” where “temptation throbs.” With low lights, eight dancers emerge. The dancers are dressed in full-length red and pink body suits, with long red and pink costume-party wigs on their heads. There is a hint of gore, but it doesn’t quite get there. Instead the 19-minute work is tedious, with much of the piece spent watching the dancers do very little, while the neck-twitching, eye-squinting score plays out. The overtly sexualised description of the work sets the audience up for an intense and confronting piece, but instead, there is very little of anything. At one point the dancers lie on their bellies, all facing forward while they open and close their pouted mouths like clowns at the show—instead of a sense of provocation it all seemed pantomime-like.

Luke Hayward’s work “The remnants of” is the third work of the night. Performed solo by Hayward himself, the work is a self-reflective expression of the last few years. Hayward starts on the stage dressed only in his underwear. Four stools surround him with a different piece of clothing on each, there’s a wine glass full of grapes. The start is frustratingly slow, and builds to explore themes we can all relate to, especially during lockdown—the effort to get dressed, or find a matching sock. The work is possibly too self-indulgent, taking too long to develop—a big risk of a short piece. By the time Hayward’s work kicks in, we are near the end, the audience left wanting for more exploration, more choreography. Still, it is quirky and brings a lightness at times, Hayward’s skill in movement is evident.

The final work of the night is Charmene Yap’s “Drunk Tank Pink.” The second highlight of the night, it builds on a 1970s experiment in which a particular shade of bubble-gum pink was reported to have a calming effect on cellmates exposed to the colour for 15 minutes. The work explores how forces around us influence our thoughts, emotions and actions. Choreographically, the work reflects Yap’s years of Bonachela tutelage, it could be easily mistaken as a Bonachela work. Bravely, Yap uses 14 of SDC’s dancers, and it works. The piece lifts at just the right pace, with hints of cell life brilliantly created by Alexander Berlarge’s lighting design. Yap’s exploration is highlighted by all 14 dancers moving in unison. Her choreography is delicious, the joy of an ensemble piece cannot be understated.

New Breed 2022 sees the final performance of longtime company dancer, Chloe Leong. Appearing in both “Sucker” and “Drunk Tank Pink,” her artistry, finesse and seniority is evident. In Bonachela’s tenure, she joins the ranks of Charmene Yap, Holly Doyle and Juliette Barton before her, women with phenomenal stay, strength of movement and artistry in the contemporary dance world, and proteges of Bonachela. Her presence will be missed, let’s hope SDC collaborations turn up in her future.

Sydney Dance Company’s “New Breed” allows a platform for exploration and opportunity. Despite differing levels of finesse and execution, all four works are wondrously varied, full of risk and performed with exquisite skill. The importance of “New Breed” can not be understated. A credit to Rafael Bonachela, Sydney Dance Company, the Balnaves Foundation and Carriageworks for the artistic and financial risk, the program sets the scene for an exciting future of contemporary dance in Australia.

Next
Let it Slide