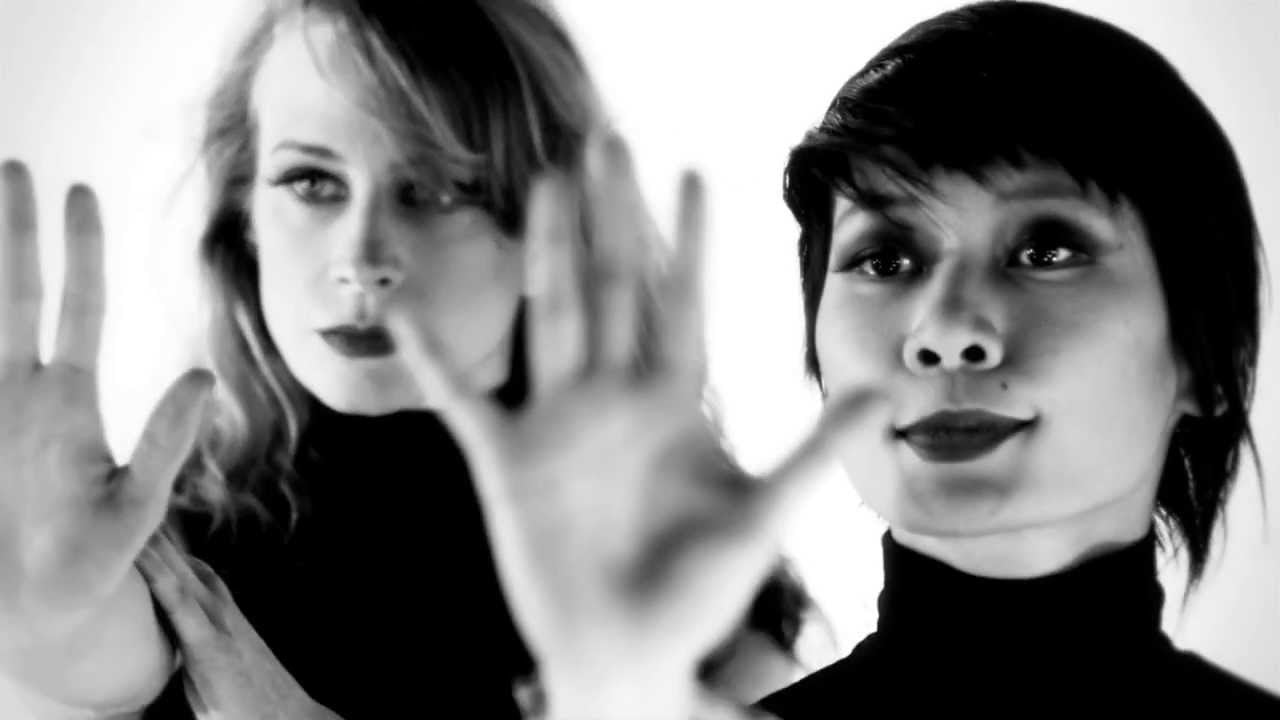 Beauty and anger co-exist in a restless evening of hard-driving dance and thrashing rock music in Susan Marshall’s “Play/Pause.” The Los Angeles premiere of the 75-minute, neo-rave-like work features an original score by Pulitzer Prize-winning composer, David Lang (of Bang-On-A-Can fame and frequent Marshall collaborator), and marks only the second time that the New York-based troupe, currently in its 27th year, has performed at Royce Hall. (The work has its New York premiere at BAM Fisher November 20.)

As we now live in an era of über-mash-ups, where mega-tenor Plácido Domingo croons on Dancing with the Stars and Lady Gaga enlists avant-garde theater director Robert Wilson to design sets for her clam-shell clad appearance on MTV’s Video Music Awards, it makes perfect sense for Marshall’s six dancers to gyrate to Lang’s raucous score. Riffing on guitar and percussion, members of Dither and Mantra Percussion (Taylor Levine, Michael McCurdy, James Moore), prove a perfect aural backdrop to the dancers’ full-throttle vocabulary: rubbery and loose-limbed flexibility enable Twerk-like moves one moment, razor-sharp balancing feats the next; there are also dollops of gestural sequences threaded through the opus like a kinetic tapestry, the moves propelling us on a journey filled with both the nostalgic and the new . . . if there can be anything new under the sun these days.

Indeed, in this hyper-digital age where texting, Tweeting and Facebook have replaced real humans connecting (Sheryl Sandberg, author of Lean In and chief operating officer of Facebook recently told talkshow host Charlie Rose that Facebook’s goal was ‘to connect the world’), we prefer the human body moving through space, i.e., dance as the primal connection. And while Marshall may not be going viral in the Zuckerberg/Sandberg sense, she certainly conjures a vast array of disparate images.

Hello, Motown—simple but effective unison touch steps that reconfigure similar patterns into solos and duets, wherein lines blur (no thanks, er, to, Robin Thicke) and shades of Beyoncé, though not the “appropriated” choreography of Anne Teresa De Keersmaeker, might also pop up in the aptly named “Play/Pause,” where life jerks to a halt when not on hold or, more realistically, a fast-forward track. That said, Marshall becomes the ultimate high-low straddler of culture and kitsch, emphasis on high and culture. Plumbing the depths of the club scene (oxymoronic as it may sound), Ching-I Chang and Kristin Clotfelter mime the lyrics “Don’t break my heart” and the four male dancers—Christopher Adams, Luke Miller, Darrin M. Wright, Peter Simpson—clutch neon-shrouded mike stands, the props metaphors, perhaps, for superstars, those preening, slinking, motion perpetuators who own the stage, the spotlight. Lang’s accompanying clangfest, reminiscent at times of the late Lou Reed (may he rest in peace), also careens between minimally raw and ear-screeching.

Vignette-driven, the work unfolds amid Andreea Mincic’s spare set design—a rolling plywood square has dancers ripping black duct tape from a roll and arranging strips on the slab before scraping live microphones over the surface, now a quasi-abstract work of art. Not quite fingernails on chalkboard, these eerie sonic irritations are disconcerting, nonetheless, and set us up for what is to come: an intermittent series of mic-induced noises—possibly ego—amplified. Included is a collective breathing exercise that breaks the fourth wall and is led by Simpson, who, the press kit notes, has also performed with Blue Man Group some 3500 times.

The odd duct tape motif continues when Chang slaps tape strips over the glass that frames Miller’s face, symbolically sealing his mouth and eyes, leaving us to wonder who’s in power now, or at least bringing to mind an impression of an aberrant rock star: Devo, Bowie, take your pick, though decidedly no Jagger. Eric Southern’s lighting design is also crucial—and also in a constant state of flux—where more is more, including the first quarter hour’s blinding spray of illumination that eventually cedes to areas of backlighting, ones that showcase individual dancers in shadows and shapes (think Kara Walker’s tableaux of black cut-paper silhouettes). Other moments feature dancers’ faces highlighted through panes of glass: narcissism squared.

The work, happily, is also not without humor. Voices are heard, narratives ranging from ‘What the hell am I doing here?’ to ‘Thank you,’ as if a stand-up comic is about to launch into a “Where you from routine,” these welcome sounds trumping crackling microphones. Diana Broussard’s costumes are serviceable and street; artsy, too, in black, grey and white, with quirky accents—a lone, sparkly black sock here, a bit of green fabric on leggings there. But in the end, it’s the dancers we marvel at: Their turns, jumps, elongated arms, swiveled hips, punctuated, at times, by a bent guitar note or Jimi Hendrix-like wail. Especially intriguing: Chang and Clotfelter vamping in a Fosse-esque finger-snapping bit while guys push those neon-lit mic stands, by now, old friends, around the stage.

The show climaxes as the music crescendos (there are also more false endings than in a Beethoven symphony), with Lang keeping things amped up, chords crashing like so many arcade Dodgem cars. Marshall, the perfect partner for this marathon-type dance, hit the terpsichorean nail on the head when, in a pre-concert talk she said, ‘If you can move, there’s hope.’

Well, there was plenty of hope on stage at Royce, and however the future piles up—on us and on itself—when Google glasses replace ecstasy and Johnny Walker Black is consumed while binge-viewing Breaking Bad on iWatches, it’s comforting to know that we’ve got Susan Marshall to turn to for a much-needed dose of pure postmodernism served with a great big side of comfort/body-banging rock.

Previous
Woman in a Room