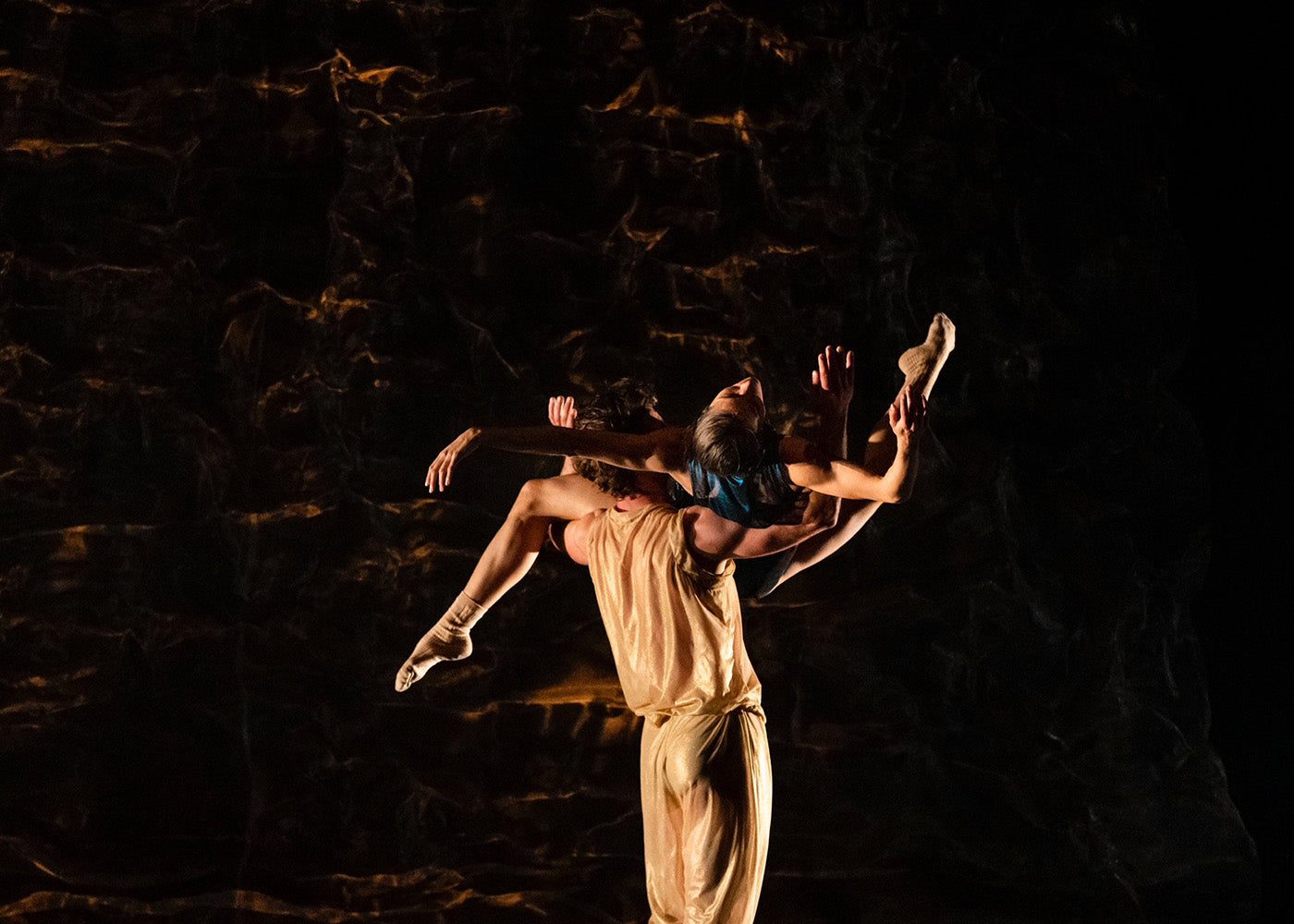 In the forest at night, the same place you know by day feels different. It sounds different, and the paths you might normally have taken are either obscured from view or no longer possible to traverse. Other senses come into play to orientate, perhaps those that seemed more dormant in the day, like smell or sound. In such instances I think of microbats capable of echolocation, sending out a call into their environment and reading the echo returned to them from nearby forms in their surroundings, in order to forage and navigate, as I listen to pinpoint where I might be. I picture a moth covered in downy hairs muffling its movements to avoid being detected by a microbat. No forest is ever quiet by day or night, and if it is, it is perhaps in a dire condition. It should be teeming with life, with the activities of many, buzzing, humming, flapping, squawking, chomping, lapping, navigating. And it is to the forest that Kristina Chan takes us in her new work “In Real Life” presented in Project Animo’s debut. Stepping back, the same could be said of new dance collective Project Animo’s determination to take a new path in familiar ‘by day’ surroundings. Changing perceptions by “flipping the script on traditional models and questioning the notion of what it means to be in your prime.”1

For Project Animo co-founders, Alice Topp and Jon Buswell, their intention is to “create a platform that celebrates emerging, independent and mature artists” while fostering “the conversations between composers and designers”. They are doing so by growing a reciprocal “artistic ecosystem,” comprised of works created during, not because of, Covid-19. An ecosystem shaped by and revealed during a pandemic, but Project Animo’s emphasis on “celebrating homegrown voices” and collaboration was taking root long beforehand.

As such, “And Now We Move On”, their premiere season, refers less to ‘living with Covid’, and more to what comes next in a changing dance landscape. Presenting five new works at the Playhouse, Arts Centre Melbourne, opening with “Kinetic Gestalt,” choreographed by Cass Mortimer-Eipper; followed swiftly by “The Wave,” Deborah Brown; “Egoist,” Izzac Carroll; “In Real Life,” Chan; and concluding after interval with Topp’s “Patina,” moving on can be an exciting process from which sprouts a buzzing, humming, flapping topography.

Working in this manner, composer Bryony Marks “wrote the score [for “Patina”] watching raw footage”2 of the dancers, Carroll, Madeleine Eastoe, Rudy Hawkes, Laura Hidalgo, Andrew Killian, David Mack, Jill Ogai, Chimene Steele-Prior, Josie Weise, and understudy Sarah McCrorie. From the “unfinessed footage, which combined the formidable talent and power of the dancers in flight with the glorious informality of the unworked steps and subsequent dissolves into easy laughter” she cultivated a composition to transmit her transfixion with shifting states. Indeed, it felt that based upon the emitted sounds, the dancers, like the microbats afore-described, located one another, identified, and determined their surroundings in swift, understood, beautiful harmony. None more so than in the exquisite and many pas de deux rotations.

Costume designer Aleisa Jelbart, reflecting on her process of sourcing materials ahead of lockdown for “Egoist,” found “the lack of time led to less contemplation but more reliance on intuition.” Jelbart created a vast wilderness of fast fashion for Carroll’s “Egoist” inhabitants to wade through. A wilderness which felt as though it sprouted literally into Chan’s “In Real Life” in the moment between the curtain coming down and rising again. Now the fabric, hand-dyed and sewn during lockdown by Jelbart, appeared muted and grown over on the forest floor. It conveyed both the feeling of being simultaneously “fungi growing on a tree [and] a topographical map” before morphing into “a mountain range.” Better still, she describes, it could “morph between a costume and scenography—something that could become an extension of the body or build an environment.”

Which is exactly how it felt as performer Steele-Prior moved as though she was not just someone beside a creek bed, but of a creek bed. She was a sentient forest, one moment, and the essence of a Superb lyrebird the next. Transitioning between such states, Steele-Prior made herself the call and response of the Eastern whipbird, whose distinctive whip-crack call is actually made by two different birds calling in unison. Composer James Brown planted the score with the sensations of the natural world many of us so readily remove ourselves from. Inspired by the experience of a rainforest at midnight and returning to “the artificial environments we live in, [noting] how vastly different they are to the buzzing, wet, shifting natural world we are a part of”.

As Steele-Prior explored the divide between the natural and the artificial, the stage and the audience, climbing along the edge of the stage, I was reminded of a juvenile ringtail possum still unsteady in their movements.3 The lip of the stage could easily have been a tree limb on which a possum could scamper, and as Steele-Prior studied the audience with an unblinking focus, befitting an animal held by torchlight, for that moment I’m certain it did in fact become a tree and Steele-Prior said marsupial.

In “The Wave,” Brown has created a solo landscape for Eastoe to represent the duality of all things and the teachings of Thích Nhất Hạnh: “When we realise we are not separate, but a part of the huge ocean of everything, we become enlightened.” Eastoe, like Steele-Prior, is of the environment and in the environment, underwater and on the shore, every pore seemingly responsive to subtle and dramatic changes. As the wave reaches its maximum height, the air-con in the Playhouse serving as the wind blowing over the surface of the ocean, and Eastoe as the conduit transferring energy from the atmosphere to water, a hopeful note chimes: it’s not too late. Left open-ended, it’s not too late to heal; begin again; tread lighter; ensure climate justice.

From the giddy, repeated variations within Mortimer-Eipper’s “Kinetic Gestalt,” appearing to alter when each dancer “generated their own world of movement” 4 to Carroll’s “unapologetically true”5 “Egoist,” a shift in states and finding ways of being true to yourself is, for me, what holds “And Now We Move On” together. Alongside the joy of seeing new works and the reinvention of familiar faces. Topp describes “Patina” as “a collection of personal stories that look at the journey of ageing and of growing comfortably into one’s own skin,” which in a sense applies to “And Now We Move On” as a whole, and the spirit6 of Project Animo.

Previous
A Night in the Museum?