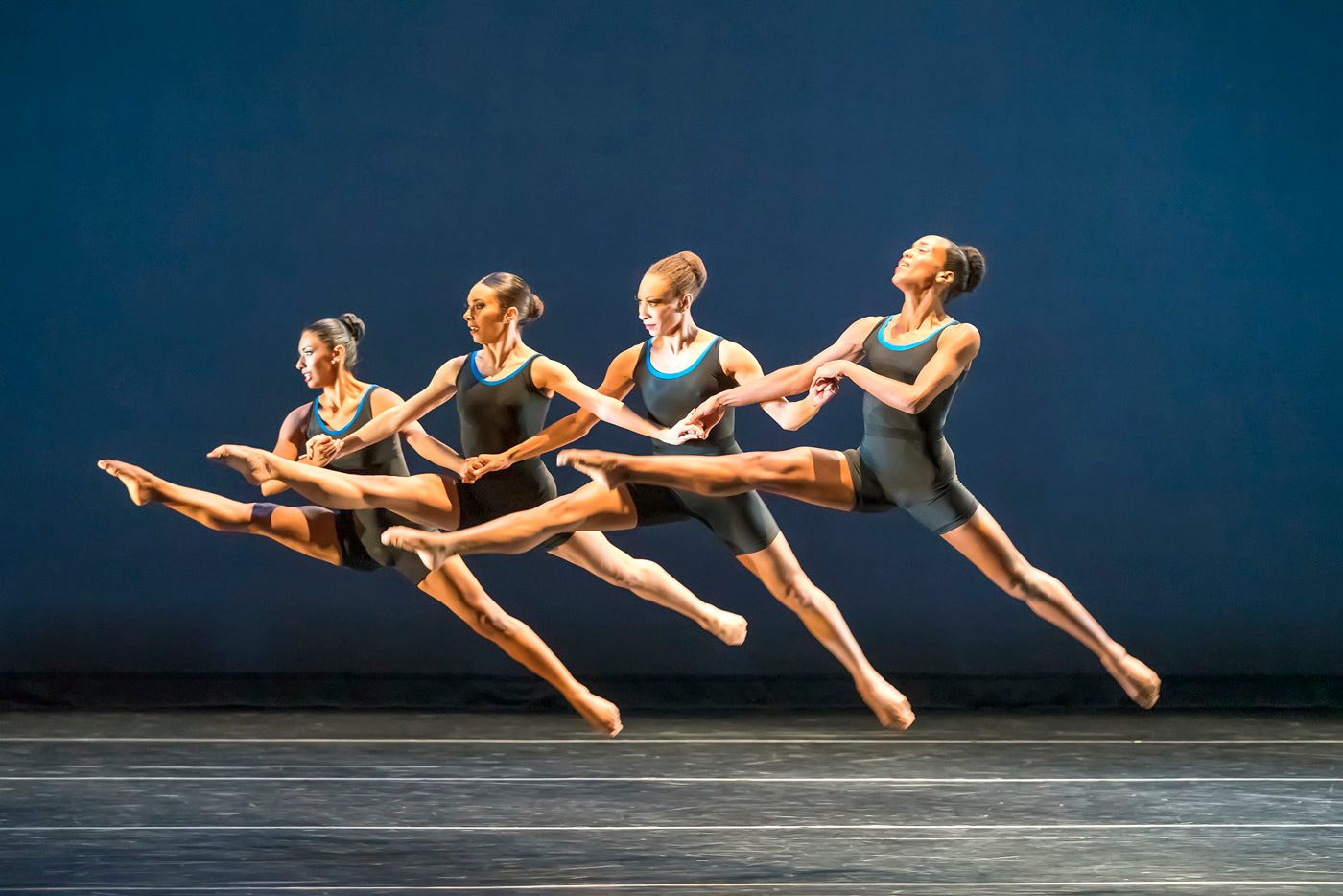 With her company nearing its 50th anniversary, Philadanco’s intrepid and indefatigable founding leader, Joan Myers Brown, decided to take one step back and two steps forward for her fall program at the Kimmel Center for the Performing Arts. Philadanco! (Yes, with an exclamation point!) has been dance company-in-residence at the Kimmel’s Perelman Theater since it opened in 2001.

President Barack Obama awarded Myers Brown with the National Medal of Arts in 2012. For all the numerous honors and prestige showered upon her, Myers Brown is still “Aunt Joan,” to hundreds, if not thousands, of former students of the school she founded in 1960, a decade before she founded Philadanco.

Many of America’s finest choreographers have mounted works on Philadanco including Ronald K. Brown, Jawole Willa Jo Zollar, Donald Byrd, Daniel Ezralow, and Rennie Harris, and each have, in their way, made commentary on vital issues like racism and misogyny, which are as relevant as ever. Not all of Philadanco’s choreographers nor its dancers are always African American. There have been Pilipino, Caucasian, Latino and other ethnicities in the mix of this currently 10-member company. But issues relevant to people of color underlie the import of many of the works in its repertoire.

To see how they have evolved, Myers Brown programmed earlier works by two choreographers who have frequently created for Philadanco. She gave the first part of the program to older works by Milton Myers and Christopher L. Huggins, both longtime resident choreographers, and the second half to world premieres she commissioned from them.

Choosing Milton Myers’ 1986 “Pacing” as an opening number set up much of what was to come. “Pacing” roams through many of Africa’s dance styles and Francis Bebey’s music drives it. Bebey was a composer, poet and novelist from Cameroon who eventually moved to the US and then back to Paris.

Janine Beckles solos to Bebey’s complicated rhythms, and is joined by Dana Nichol and Mikaela Fenton, all in coral flip skirts. They dance flat-footed, in wide-legged stances, torsos and shoulders juddering in what might be movement derived from central Africa. Next, William E. Burden, Elijah Carter, Joe Gonzalez, Jameel Hendricks, Victor Lewis Jr., Kareem Marsh in low-cut blue body suits, dance pharaonically, hands flattened and pointed, necks swiping sideways. Rosita Adamo (celebrating her 10th anniversary with the company) had some star turns between Lewis Jr. and Burden. The piece radiated with the grand and varied dance traditions of many African countries. Yet it felt very contemporary and often balletic as the two men tour Adamo in arabesque—a word derived from elements of Islamic art, but in dance, means in the Arabic style.

Christopher L. Huggins’ 2013 “When Dawn Comes” found Beckles, Fenton, Clarricia Golden, and Courtney Robinson lying as if drowsing around a campfire. Waking, they dance dreamily. In their duet Adamo springs into Gonzalez’s arms then lifts him horizontally and drops him like a sack of potatoes. Such is the strength of a ballerina!

Myers’ “Waves” skimmed along jazz, African and Middle Eastern rhythms and instruments in a driving original score by local composer, John Levis. A quartet for Adamo, Beckles, Fenton, and Robinson, the women took solo turns in a mix of gymnastic poses linked by hints of Horton technique. Myers designed their black thigh-length athletic-looking togs. Their clipped dance phrases looked crisply modern going against Levis’s mercurial beats. Robinson’s final solo was triumphantly vertical, as if she’d just spiked a landing. When the four clasp hands across one another’s torsos, it of course, reminds us of the famous “Swan Lake” quartet. But these ladies glare at the audience, swinging and thrusting out their pelvises, leaping as one, as if bearing down on us like a louring wave.

The #MeToo movement inspired Huggins’ “I Come as one, but stand as 10,000” (a line from Maya Angelou’s poem “Our Grandmothers.”) The original score is by Darryl J. Hoffman, the women wore military green and the men wore black costumes designed by Huggins and lighting design by Serena Wong. In the titular movement, Clarricia Golden solos out, with Adamo, Beckles, Fenton, Robinson, Dana Nichols, and Brandi Pinnix joining her. They hold hands over their mouths, convulsing their torsos so violently they seem propelled backwards. In “No means No,” Adamo endures manhandling by Burden, Gonzalez, Lewis Jr., and Marsh. They toss her between them like a rag doll, a plaything. She fights back but finally goes limp, slung over Gonzalez’s shoulder. “The Protest” has the company women roaring out in fighting spirit against the men, strutting at them militantly. Confused and defensive, some men back away.

In hindsight, after seeing Huggins’ more graphic take on male power and sexual abuse, I also think Myers’ work resonates with these issues. Though not overt, it seems the scandal of the US Olympic gymnastic team doctor and its cover-up may have been an inspiration. By expressing what many of us are feeling about these complex issues, these artists furthered the examination that needs to be done. If anyone wonders how ballet will evolve in terms of male/female love duets and feminist power, these two ballets dramatize that question.

Previous
Women of the Hour

Next
Til Death do us Part