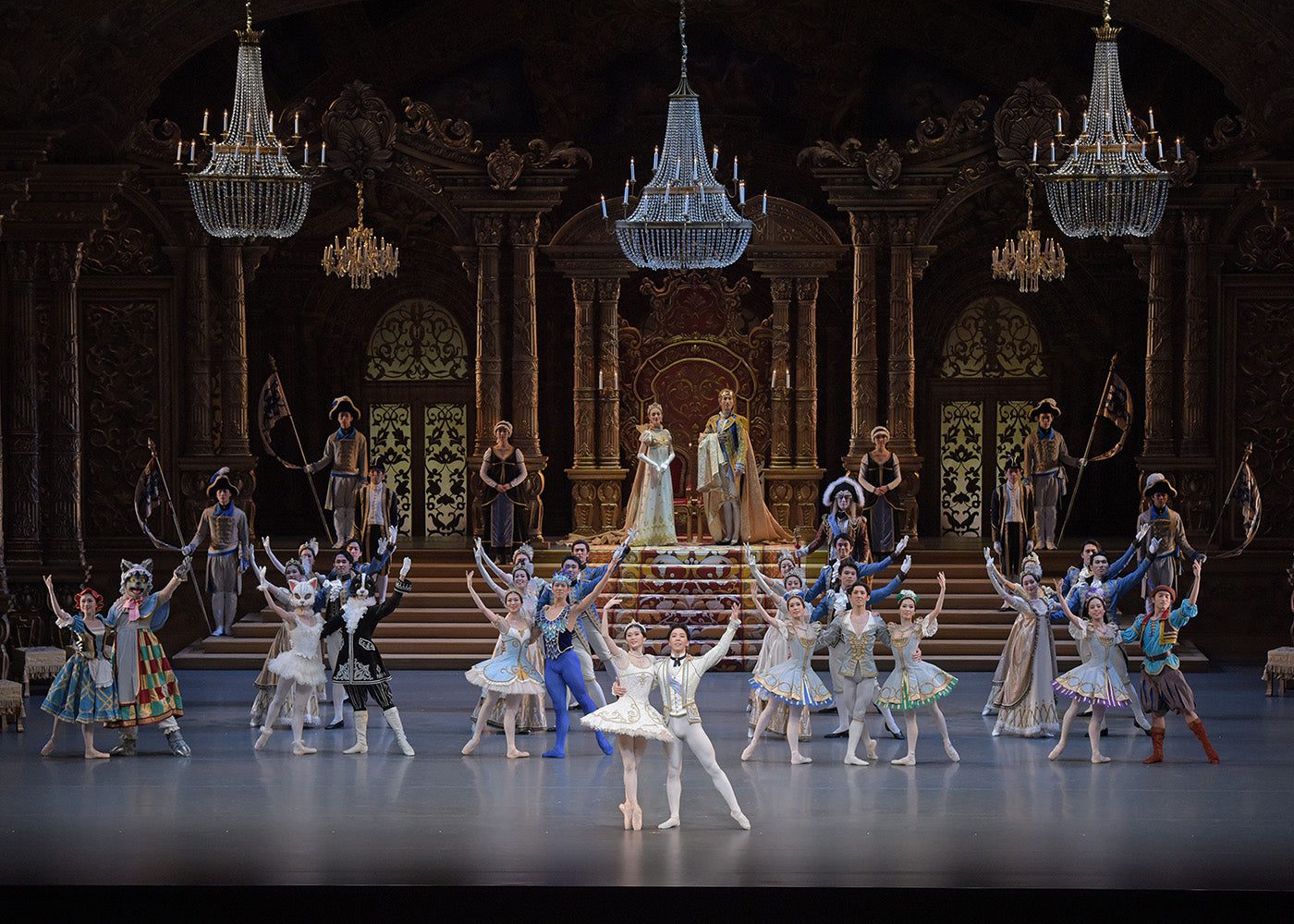 The National Ballet of Japan’s performance of “The Sleeping Beauty” at Hatsudai’s mammoth New National Theatre Tokyo was actually a late replacement for artistic director Miyako Yoshida’s “selection” which was scrapped near the end of last year.

This particular staging of “The Sleeping Beauty” is a grand ballet reworking which originally opened the National Ballet of Japan’s 2014/15 season. Choreographed by Wayne Eagling (who incidentally choreographed the last show seen at NNTT, Christmas’ joyous version of “The Nutcracker and the Mouse King”) with some beautifully vibrant costume design by Toer van Schayk and elegant visual trickey from renowned Japanese set designer Naoji Kawaguchi.

It’s tempting to read “The Sleeping Beauty” as one dimensional and a simple narrative of good versus evil. The vapid Disneyfication of many fairy tales, including many of Grimm’s originally menacing stories, has pretty much standardized any future staging or performances of this centuries-old chronicle.

The National Ballet of Japan’s production in late February 2021, however, although on the surface level sticks to the orthodox staging of a simple story of a young princess who is cursed to sleep for a hundred years and can only wake from her sleep when kissed by a handsome prince. Due to the basic premise of good versus evil and innocence pitted against manipulation, there is a faint narratorial reflection of Milton’s epic “Paradise Lost” which invokes a world and experience divided into prelapsarian and postlapsarian states. In the case of “The Sleeping Beauty” the separation is observed in pre-sleep and Princess Aurora’s awakening. The changes in the visual storytelling implemented and even musical changes in Tchaikovsky’s score from ominous and looming to joy and merriment reinforces this division and philosophical leitmotif of innocence and post-innocence.

It’s not a particularly rare notion that can be seen in a multitude of stories such as Star Wars and pretty much any narrative which involves light and darkness and good and evil but it is often overshadowed with banality and use of tired tropes. What the NNTT production does, very much to its credit, is subtly weave this prelapsarian and postlapsarian split throughout the ballet through use of lighting, costume and music.

Prince Aurora was played beautifully by Yuri Kimura while Kousuke Okumura (a late replacement for injured Shun Izawa) did a fine job in taking over the role of Prince Desire. The evil witch fairy, or Carabosse as she’s known here, is brilliantly played with enough nous and daring by Asako Terada whose performance resembles the iconic performance of Margaret Hamilton as Wicked Witch of the East from The Wizard of Oz, even down to the garish green costume and over-egged acting.

Carabosse’s group of wicked elves are suitably irreverent and impish and provoke some welcome tickles from the nearly-sold out Tokyo audience. From the second part of Act II to the denouement in the following and final act, when the Prince finds Aurora, wakes her with a kiss with the result being that the entire court is restored to its previous splendor and glory under the supervision and blessing of the King and Queen, innocence has ultimately been lost and discarded.

The lavish and bright wedding celebration which opens the third act sees Princess Aurora and Prince Desire descend the grand staircase and with declarations of love proceed into a glorious Grand Pas de Deux with the Lilac Fairy (played effortlessly by a wonderful Chiaki Hosoda) bestowing a final blessing on the royal couple.

The performances by the principals are, generally speaking, refined and sophisticated with moments of great skills and flair appreciated by the audience. If there was any criticism is that some of the ballet corps appeared a little out of sorts and perhaps a touch rusty. A few noticeable errors with footing and precision gave the impression that perhaps they were slightly under rehearsed or lacking in experience. These are not major mistakes and didn’t take anything away from the overall sophistication and grace involved in this production but were detectable enough to have a fault-line influence.

The National Ballet of Japan, very much to its credit, has been an impressive driving force of creativity and optimism throughout the last year with the Covid-19 pandemic creating chaos in the arts and for performers and companies all over the world. Its attitude that the show must go on, as long as strict safety measures are put in place, has been received with great joy and gratitude to ballet goers throughout Tokyo and its surrounding areas. With a full schedule of performances just announced this week for the 2021/22 season, it’s with great optimism that the performing arts industry in the Japanese capital continues to go from strength to strength and give some much-needed hope and joy to the people of this great city.

“The Sleeping Beauty,” then, displayed a deft touch and balance of both orthodoxy and subtext which is refreshing to see in 2021 when attention to detail and treatment of narratorial nuances, it can be said, have been sacrificed for banality seen in the increase of vapid TikToks and photoshopped Instagram posts which resemble each other from pose to subject. The production at NNTT bodes well for the National Ballet of Japan as it enters into another season and for Japanese ballet and dance as a whole as the country reopens after its second period of Covid-19-caused lockdown.