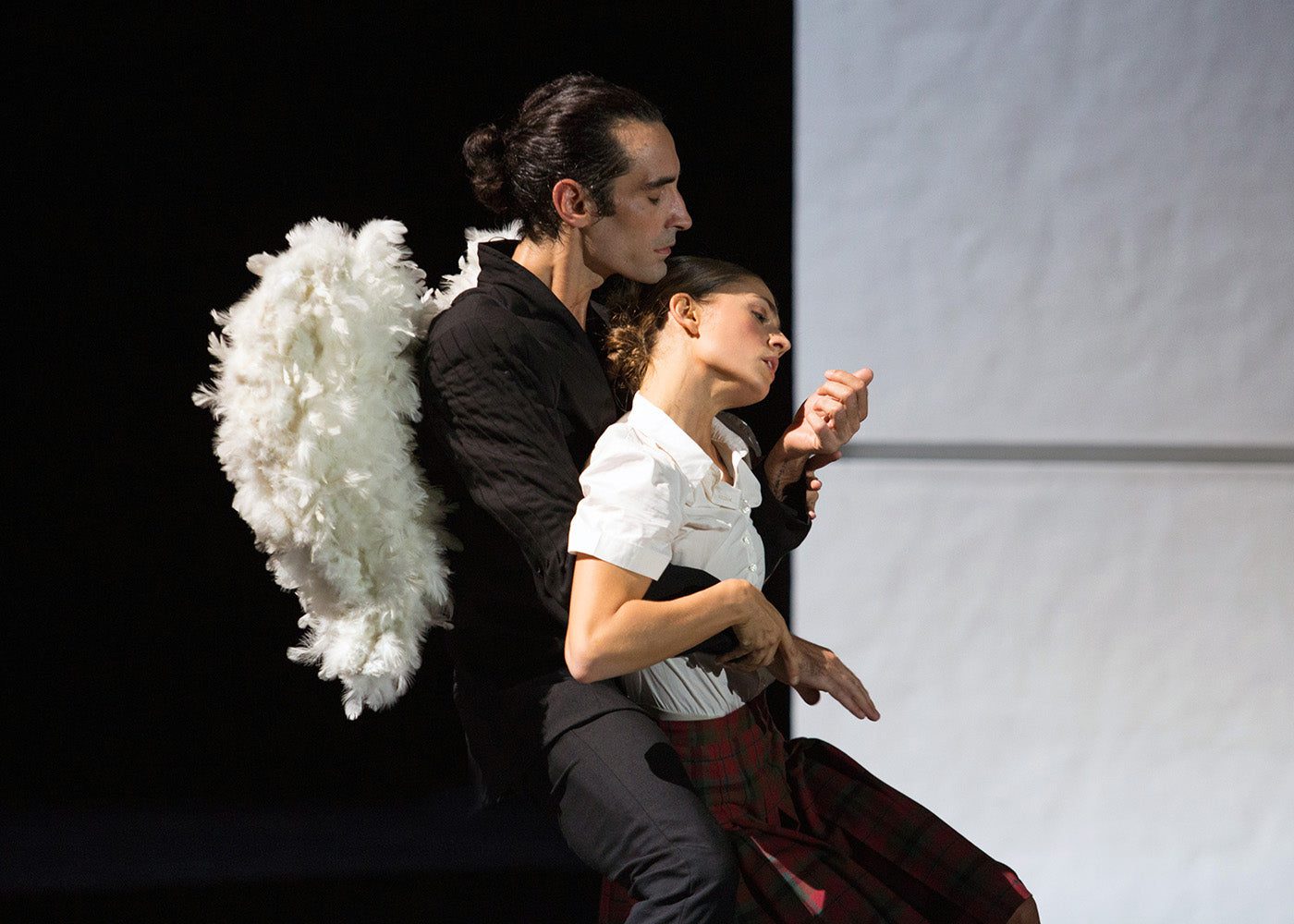 A Dance of Seduction

The long-awaited “Don Juan” by Johan Inger for Aterballetto has at last found its way on a national and international tour. Due to the first Italian lockdown, the creation of the new ballet was suspended and postponed and when it finally premiered, last autumn, it had only two performances: a preview in Reggio Emilia, the city where Aterballetto is resident, and an official debut in Ferrara. An important stop in this year’s new tour was in Ravenna, at the renowned festival founded by Riccardo Muti’s wife. Performed indoor at Alighieri Theatre, a beautiful “teatro all’italiana,” “Don Juan” had two performances, both sold out despite a limited audience due to anti-Covid restrictions. A historical theatre was the ideal stage for a contemporary ballet based on a classic story, preserving the narrative development. Having narrative ballets in its repertory has always been an aim of Aterballetto, and not to be limited by short, abstract pieces. But it’s well known: staging a narrative ballet nowadays for choreographers is a challenge.

The Italian company commissioned the new production from one of the most renowned choreographers of today, Johan Inger, after the success of his “Rain Dogs” and “Bliss,” created for Aterballetto. For his “Don Juan” the Swedish choreographer worked a lot on the dramaturgy together with the dramaturg Gregor Acuña-Pohl (who signed also his “Carmen” for Companía Nacional de Danza), consulting up to 25 texts about the famous character, including the ones by Bertold Brecht and Molière, the original play by Tirso Da Molina and even a feminist interpretation by Suzanne Lilar. As a result, a psychoanalytical reading is central to Inger’s ballet, where Don Juan is a slave of his own compulsion to repeat his seducing, always fixed by the choreography in the act of hastily get dressed and running away after a sexual encounter.

The source of his behaviour is a childhood trauma: the abandonment by his mother, who he forever seeks in every woman he meets. It is explained in the first scene, where Don Juan, although an adult, is cared for by a vision of his mother, like a naked child, who still need to be feed and dressed. Around this psychoanalytical scene Inger crafted a beautiful pas de deux where echoes of Mats Ek’s duets emerge in an iconography remembering a holy Pietà (Pity) with the Mother holding the Son in her arms. Don Juan’s mother returns in the last sex scene of her libertine son, symbolically taking the place of his new conquest on the thalamus. In a first cast very well selected among the dancers of the company, Saul Daniele Ardillo is a Mediterranean, nervous Don Juan, impossible to condemn in his natural dissoluteness, while Ina Lesnakowski as his mother has the pure beauty of a Nordic Madonna.

A central role is also the relationship with Leporello (Philippe Kratz) less of a servant because it wouldn’t be realistic, instead, with the new name of Léo, he is a kind of Don Juan-alter ego, ready to fight with him in a powerful male duet played out through their different physicalities, or taking care of the abandoned Elvira in a touching pas de deux.

Among the many pas de deux, Inger inserted three strong ensemble scenes, using all the 16 dancers of the company: the marriage between Zerlina and Masetto with beautiful dances reminiscent of Nordic popular style, a carnival party with a Venetian flavour and masks with animals’ features, a sabbath like final with mysterious figures all black dressed. It’s in the ensemble scenes that Aterballetto’s distinct style emerges, with its gritty, energetic, physical accent.

Credited to Curt Allen Wilmer (who also designed for “Carmen”), the set design is conceived with mobile parallelepipeds that stand on the scene like contemporary sculptures or ancient dolmens, transforming into mournful thalami at every sex adventure of Don Juan. Very functional in changing a scene with a few moves, the mainly dark scenography is enlightened by the very colorful costumes by Bregje van Balen. If the set design lacks in a creative, artistic touch, also the original score is not completely successful. Signed by Marc Álvarez (another collaborator for “Carmen”), it is a blend of quotes taken from Gluck’s Don Giovanni and is written for instruments like cello, violin, electric guitar, drums. But the performance in Ravenna—we know—was the last one with this musical arrangement, as a new orchestration for 50 instruments, requested by the choreographer himself, has been commissioned from Orquesta de Extremadura. To be presented for the first time on 21st July at Vaison La Romaine, the new score will probably contribute to making “Don Juan” a more passionate, gripping ballet, with a southern warmth that now seemed missing.