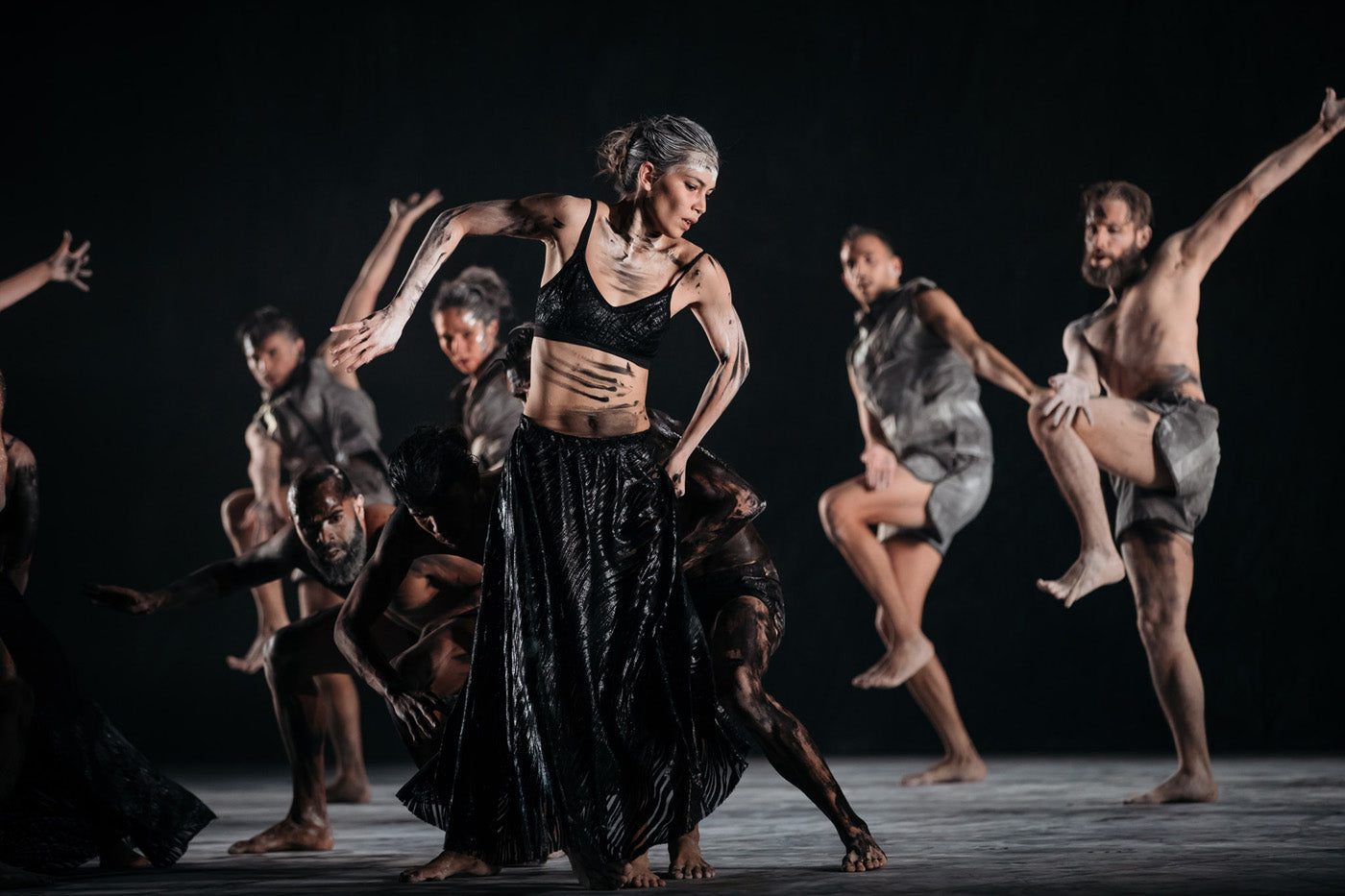 The Emu in the Sky

Defined not by stars, but by the dark smudges in between. If this were a drawing, we’d say the emu was there in the negative space, in the background. And if this were a dance, which it is, we’d say this is where it begins, and, being cyclical, where it will pass by again as it continues its rotation. Reading the form mapped between the stars: a whole new world opens up before my eyes. Moreover, if this were life, which it most certainly is, we’d say, as expressed by Yolande Brown, one of the choreographers of “Dark Emu,” together with director Stephen Page, Daniel Riley, and the dancers of Bangarra, “these are stories, ideas and practices we should all be able to access, learn from and respect…. As Australians awaken from a kind of collective amnesia,”3 “Dark Emu” is the conversation we need to have, the story we need to be told, the relearning that needs to occur.

“The Emu, as seen by the Kamilaroi and Euahlayi, changed in position from season to season, as the Milky Way containing the Emu changed position in the night sky. As the Emu changes position, it alters in appearance, and that appearance has connections to cultural and resource matters.”4 Once you’ve spotted the emu, the sky cannot look the same afterwards. And this, in many ways is true of Dark Emu: Aboriginal Australia and the birth of agriculture, the 2014 seminal book by Bruce Pascoe, and the recent work, “Dark Emu” by Bangarra: once you read the true history, things cannot look the same. Both book and dance expose the hunter-gather label of colonialisation for the myth it indeed is. Both illuminate how pre-colonial Aboriginal people interacted with the land, and the interconnectedness of all things. Where the former is a book recounting “the success and achievements of Aboriginal Australia,”5 the latter is the beating heart, and though both are stand-alone works, they should be experienced as one. Or rather, reading one inspires you to see the other, and vice versa.

Like the emu in the sky which was already visible to those who knew how to see, this is not new terrain, to Pascoe, Page, and all at Bangarra, but it is to me. This is “the start of the journey …. to allow the knowledge that Aboriginal people did build houses, did cultivate and irrigate crops, did sew clothes, and were not hapless wanderers across the soil, mere hunter-gathers. Aboriginal and Torres Strait Islander people were intervening in the productivity of this country, and what has been learnt during that process over many thousands of years will be useful today. To deny Aboriginal and Torres Strait Islander agricultural and spiritual achievement is the single greatest impediment to intercultural understanding, and, perhaps, to Australian moral wellbeing and economic prosperity.”6

The book translates into dance because the book chronicles the long-held respect and deep-seeded connection, both sustainable and sacred, with land, through the sharing of knowledge and custodianship. Terra nullius (‘nobody’s land’) is a lie.”7

I am the rock that holds the heat, after the sun has set / Thank-you, my country.”8

Though I am still reeling from the punch of 2017’s “Bennelong,” “Dark Emu” is the reflective, hopeful, and quieter successor it needed, as luminous as the galaxy above. And once I nestle into its pace, it rewards like the verdant grasslands that so inspired Captain Charles Sturt (1795–1869) to write: “the luxuriant pasturage surpassed in quality …. anything I had ever seen.”9

“Dark Emu” is a chance to see those same plains and wonder how things might be different today if people, their knowledge, skill, custodianship, belief, and tradition had been respected. “Dark Emu” is acknowledgement and respect of the earth as mother and provider, and where we all return in the end. “Dark Emu” offers a pathway to repair, and suddenly, this slow burn is not so quiet at all. This is a shimmering song. A wakeup call. A “Ceremony of Seed” that makes the woman seated behind me draw a sharp intake of breath: “ah! the cleansing!” A “Resilience of Culture.” A celebration! What we can still become if we acknowledge, and mend.

“Dark Emu” is rich in symbolism and requires patience, like the thoughtful practices it evokes. The cycle of elements will not speed up for a 70-minute performance. You have to wait and work for it. Bangarra’s “Dark Emu” is feet-in-the-soil reconnection.

I read the book before seeing “Dark Emu” on opening night, and I look forward to revisiting the work later in the week, now that I hear cello (Peter Hollo) and song (“Guboo” Ted Thomas) to “Begong Moth Harvest,” and the whip and rustle of kangaroo grass in costumes of shredded silk linen (designed by Jennifer Irwin); now that I smell the smoke of “Forged by Fire” fertilisation. From the heavy, white Gypsum caps (widow’s caps, heavy like the grief they hold) of ‘Bowls of Mourning’ to the smooth roll of the “Rocks of Knowledge,” dance is more than evocation: dance is transcendence. Now that my eyes are open. I am a thread in the universe. You are a thread in the universe. Now that my eyes are open.