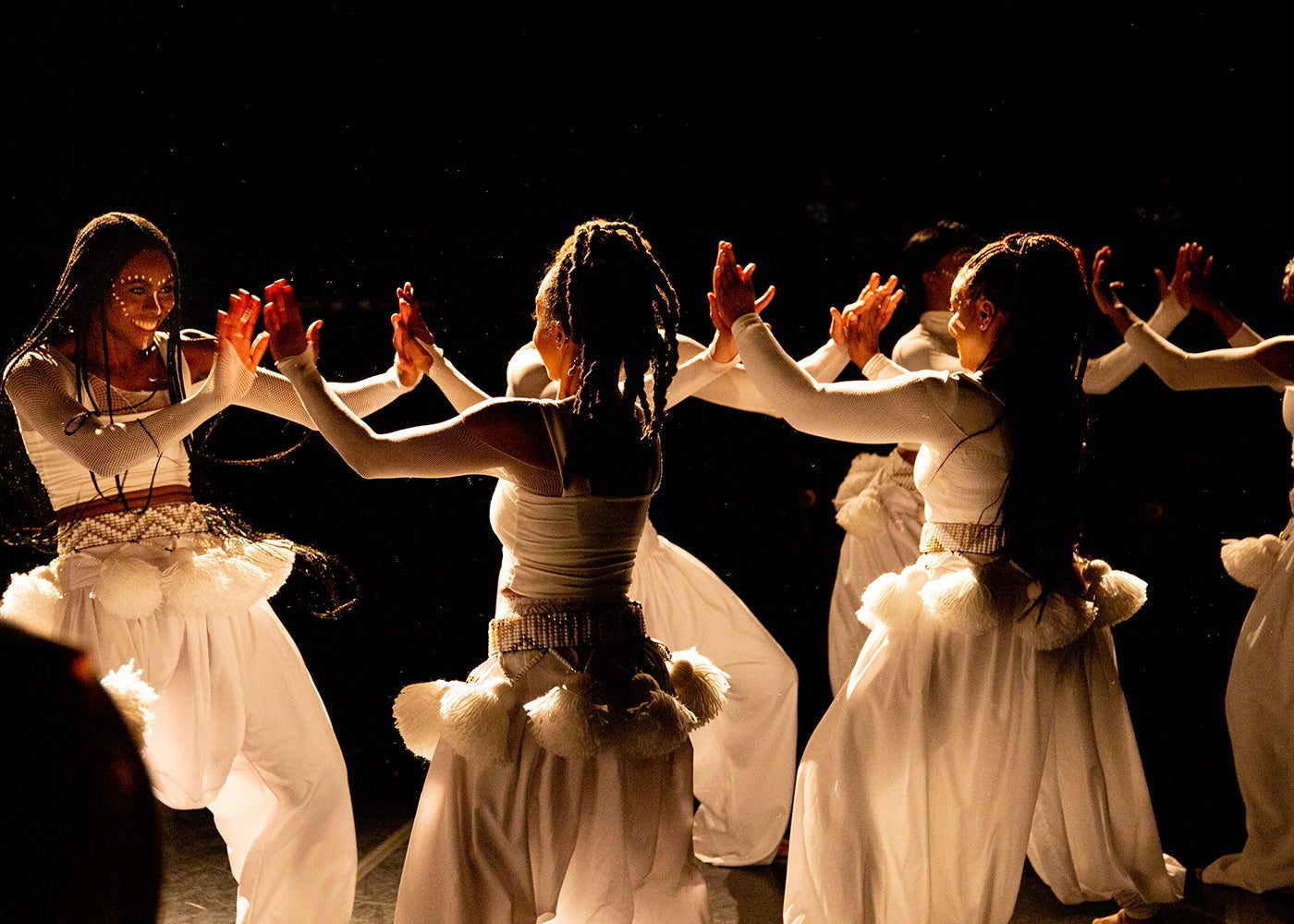 The Biggest Dance Party of the Year

Abdel R. Salaam met Dr. Charles R. Davis in 1969. Known as Baba Chuck (“Baba” being a term of endearment for patriarchal figures in communities worldwide), he founded the DanceAfrica Festival at BAM in 1977. Baba Salaam, the current artistic director for DanceAfrica, danced in those inaugural performances with the Chuck Davis Dance Company.

“Chuck had a conversation with Harvey [Lichtenstein] and said, listen, ‘Why don’t I bring in a bunch of companies, all of us that, you know, specialize and work with the diaspora of the continent.’” Salaam remembers. “Technically the festival started in ’77 with Chuck’s company, but in ’78 with multiple African American companies. And so this year is a little bit of a return to that.”

DanceAfrica Performance 2022: Homegrown, running throughout May, pays special tribute to its origins, programming five African American companies with long links—both familial and professional—to the first festival, with movement and musical styles from Nigeria, Ghana, Guinea, Mali, and the Caribbean.

“Usually it’s one country [for instance, last year was centered around Haiti] and then maybe one or two national dance companies from there . . . but this time for “Homegrown” Abdel has invited five companies. And it’s a lot of puzzle pieces that need to come together,” says Charmaine Warren, multi-hyphenate performing artist and scholar, producer for DanceAfrica, and the founder of Black Dance Stories.

For this iteration, the five performances at BAM’s Howard Gilman Opera House, running May 27-30, feature Asase Yaa African American Dance Theater (Brooklyn, NY), Farafina Kan (Washington, D.C.), Harambee Dance Company (Bronx, NY), Bambara Drum and Dance Ensemble (Bronx, NY), and LaRocque Bey School of Dance (Harlem, NY), along with BAM RestorationArt Dance Youth Ensemble, marking their 25th anniversary, and the DanceAfrica Spirit Walkers, comprised of RestorationArt alumni and Salaam’s own company Forces of Nature Dance Theatre. The performances open with pageantry, as the Council of Elders enter the opera house, and a memorial to acknowledge the ancestors. The first half of each program will be dedicated to one of the five companies performing a longer work; the second half will give space to all of the companies alongside the Arkhestra Afrika, a musical supergroup forged from members of each company.

Celebrating its 45th year, the return to in-person events after two pandemic years forced the festival online, feels particularly special. In addition to the opera house performances, the festival includes the DanceAfrica Bazaar, featuring more than 150 vendors from around the world offering African, Caribbean, and African-American food, crafts, and fashion; FilmAfrica, including recent works and hits from more than a decade of FilmAfrica at BAM; a visual art exhibition from Christopher Myers entitled “Be Lost Well (Stay in the House All Day),” in honor of interdisciplinary artist Ralph Lemon; a community memorial room paying homage to DanceAfrica’s ancestors; and a late-night dance party on Saturday May 28th with DJ YB upstairs in the BAMcafé. Earlier in the month, DanceAfrica also hosted artist workshops and a community day to build momentum toward this four-day party. And last week, the choreographers came together for an online conversation about their creative practices.

The importance of ancestors and lineages to the culture of DanceAfrica cannot be overstated. In fact, some of the performers that audiences will see onstage are the children of the original members of DanceAfrica.

“The artistic directors of many of the companies now? Well, a few of them were actually young people who grew up in DanceAfrica,” says Salaam. “There is a deep intergenerational sense of connection in this group, as family and artistic community. In some ways, blood community…the ties that exist between many, many people involved. So it’s technically, really, homegrown.”

While BAM has been maintaining a rigorous archive of DanceAfrica since the beginning, this year, stories of the elders will also begin being preserved in conjunction with Warren’s Black Dance Stories. In fact, it was an online talk during the virtual festival in 2020 between two DanceAfrica elders—who had been married on the DanceAfrica stage in a prior festival—that gave Warren a spark of inspiration for the web series:

“That [talk] helped to inform Black Dance Stories and how important it is for these elders and the lineage to say what it is they want to say and share stories that we haven’t heard,” remembers Warren. “So that was one of the things that encouraged me to start Black Dance Stories—just so people could hear and to give them a platform.”

The festival also has a history of bringing light out of darkness. In 2019, “Rwanda Reborn” celebrated the rebirth of Rwandan culture after a traumatizing genocide. Now gathering again after more than a million people in America have died during the pandemic, DanceAfrica is poised to, once again, uplift audiences, embracing the transition cycle of our lives and bringing awareness to the importance of intergenerational relationships.

“It has always been one generation lifting up the other and creating pathways for the next generation to express themselves,” says Salaam. “Over the decades, it’s happened through, through culture, through music, through songs, through choreography, through theater, and recently, it’s been happening through film. The celebratory nature of DanceAfrica has always been centered in that.”

Warren couldn’t agree more, noting that DanceAfrica is sure to be the biggest dance party of the year.

“When we come together as a community, it’s to dance and celebrate all that is our culture,” says Warren. “It makes me so happy. I smile the whole weekend—even though I’m running around, I smile.”

Next
Mats Ek is Back at the Paris Opera Ballet