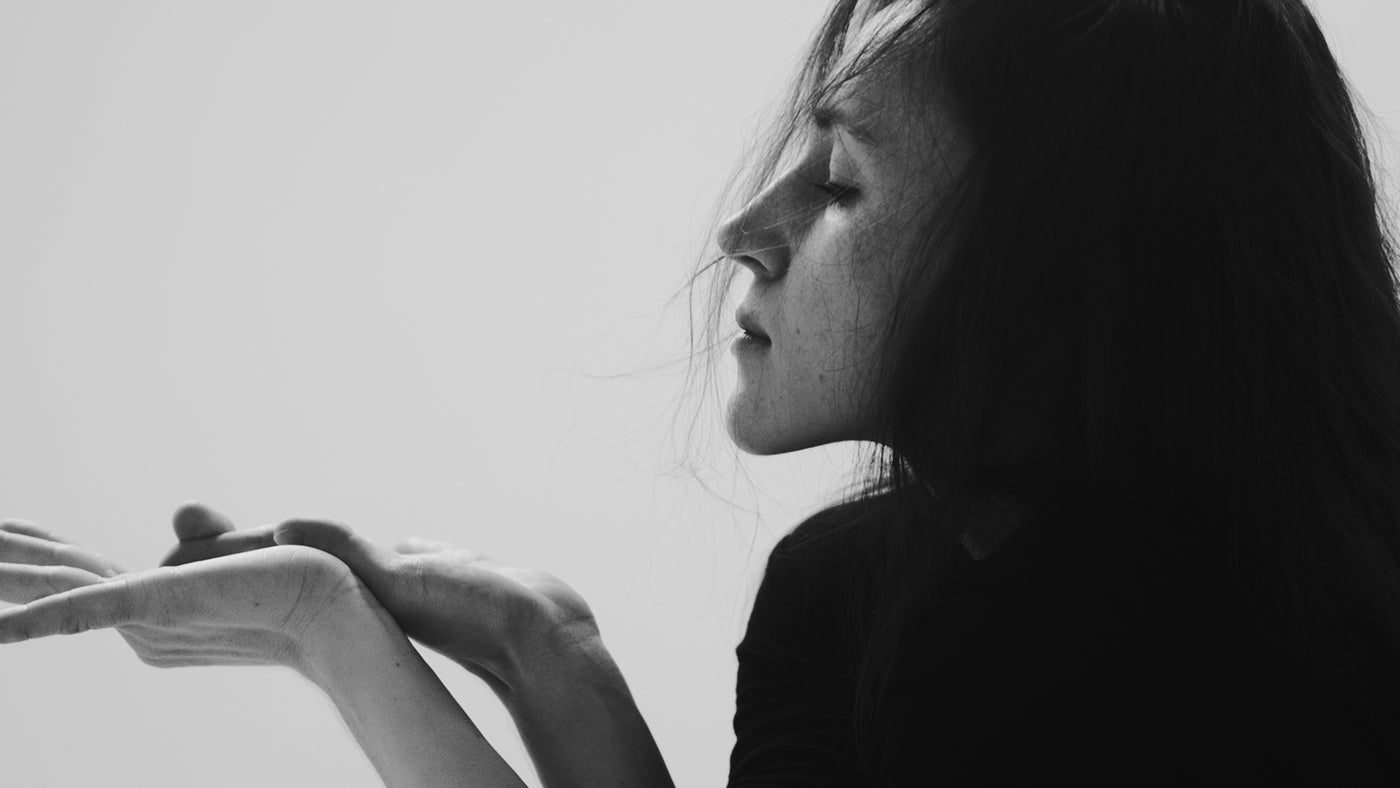 Belinda McGuire: Choose Your Own Adventure

Belinda McGuire is a dance artist who splits her time between her native Toronto and Brooklyn. As a teen she danced with Canadian Contemporary Dance Theatre, before going on to build a career as an independent dance artist. A creative force, Belinda has produced and launched several one-woman shows, and performed as a company member with Doug Varone and Dancers, Gallim Dance, the Lar Lubovitch Dance Company, Anne Plamondon, and Joshua Beamish’s MoveTheCompany.

During the pandemic, McGuire created and released an interactive dance film, Order in the Eye of the Beholder, where the viewer makes decisions determining her ‘path’ in the viewing experience. I caught up with Belinda to discuss her latest project, and living and dancing in Brooklyn during the pandemic.

First of all, how are you? What is the situation in Brooklyn in this period?

I’m good. Brooklyn presently feels and looks much like “before times” Brooklyn, except everyone is in masks, all the restaurants have outdoor gazebo built into the streets, and notably for me, the dance studios are still closed. Theaters, too, of course. But the buzz and vibe is significantly back. It’s been surreal to watch the city transform over the past year.

Whether this city was the geographic center of events or not, they certainly resonated here.  And of course, since I haven’t been anywhere outside the city in over a year, I don’t have first-hand experience of what it’s like anywhere else. Isolation is an interesting lens, and time makes it even more interesting.

You developed Order in the Eye of the Beholder in 2020. How did the project start? What was the drive behind it?

I suppose I started working on Order in March 2020, though I didn’t know it yet. It started in June, when I submitted a proposal to Canada Council for the Arts. One nice thing about grant applications—aside from very occasionally receiving partial funding support—is that it forces you to consolidate and state your intentions before you feel like you are particularly ready to.  It ends up being artistically generative—declaring your intentions gives you traction in return, even if you end up taking a different route.

The pandemic only gave to this project, because even the limitations were generative, in the case of this project more so than I’ve ever encountered before. Being starved of touch and social interactions yielded most of the content of the film. The acute sense of solitude alongside the acute sense of being amidst and a part of such turmoil was something I wanted to and couldn’t help but capture. Of course how much/what part of that the viewer sees depends on the viewer.

The work is set in a beautiful greek revival public portico in Brooklyn with Corinthian columns. Roman architect Vetruvius describes them as “an imitation of the slenderness of a maiden.” Can you tell me more about the choice of that space?

Yes! I call this structure in the park “the acropolis.” For me, it was an ideal arena: it defined the space enough, while leaving enough of it open to be re-defined. It said to me:

I find that spatially, architecturally, but also mentally, cognitively, creatively, too many possibilities are inhibitive, infinity is intimidating. Of course parameters can be limiting too, sometimes not in the fun, generative way. But for the game I was playing, this was the right container.

The soundtrack is at times based on the casual noises of the surroundings—birds and crickets singing, car rumours and some undistinguishable human voices—and at other times enhanced by Nils Frahm compelling tracks. Would you like to tell me more about the soundtrack choice?

I chose this music by Nis Frahm because it was the soundtrack of my inner world as I was conceiving of and creating this project, saturated in pandemic solitude, more acutely aware of my ties to past and future and more in awe of the present. I wanted to create the conditions in which the viewer could experience my world as I experience it, like a stowaway of my consciousness. In a way, Order is a map of my psyche, or at least making it was an effort to map my psyche, so it’s only appropriate that I share what it sounds like to be me.  Sometimes a note is worth a thousand pictures, though how it resounds in the ears of the beholder can still vary wildly from my own experience and expressive intentions.  Again, that’s part of the game: deploy the stimuli and see how the player responds.

Some of the incidental sound, if you take notice of it or not, gives subtle clues about the time of day, the season, the weather, the behavior of fellow humans.  It had rained overnight before one filming session at the acropolis, so the bugs were loud.  Derrick and I had planned to arrive at the park at 5.30 a.m. each of the three days, so I could set up my “web” in time to film during sunrise (beautiful!) and not obstruct or deter use of the acropolis by others (5.45 a.m. is was not a busy time!). Though variables will be variable, therefore in practice, filming would happen a little earlier one day, or later the next. You can hear the difference between 5.45 a.m. and 6.15 a.m. in the traffic and the bird song. I love this environmental-sound-as-clock situation.

While dancing you are trying to get through a web of surrounding threads. I read them as obstacles but also as possibilities. What those threads symbolise for you?

Basically, the string is a device for organizing and conducting attention. I am attempting to choreograph what matters when and how. The thread is a physical manifestation of an organizing principle, creating greater order in some ways and eroding order in others. Of course, how this comes across to the viewer will be unique to that viewer.

In the film, the viewer determines what to see and where to go, having multiple choices to navigate. There are options to choose between causes and effects, “raw” and “cooked,” alignment and chaos. Can you tell me more about these distinctions?

I’m going to answer this in two ways. One way will preserve mystery, and the other will diminish it. Both are interesting, but I want people to choose which answer they expose themselves to and when.

There are usually two, sometimes three options made available to the viewer within the last 10 seconds or so of each film segment, which I also refer to as a “stepping stone”. The stepping stones form a path which follows a logic—logical according to me, at least. Often three paths will kind of intertwine with each other as they progress, giving the viewer the option to stay with the kind of mode or vibe they are in, or continue encountering some of the same world but in a different way, or sometimes to depart to something totally different (though even in these big leaps, there is still a logic).

According to my logic, “raw” leads to a minimally edited stepping stone—representing the naked world, as it was caught, with diegetic sound, an uninterrupted camera shot and no interruptions, no layering or messing with timing or any fancy stuff.

If “cooked” is chosen, the resulting stepping stone is much more processed, though still roughly following my acropolis crossing, just with various interjections of moments from other parts of life, related according to my logic, which could serve to give different relevance to that day’s acropolis crossing, or could serve to lure the viewer away to discover more about the interjecting worlds.

“Another place” would take the viewer from whatever world they are in to an alternative world.  So if they are in the acropolis, they could be sent to “small world” (in my apartment, where I film myself), “big world” (capturing the world around me as I run through it), or “old world” (2007 footage from my grandparent’s house).

“Alignment” could show something coming into place and “chaos” could show something becoming increasingly wild or unruly. However, as I was trying to put together the respective stepping stones, I realized that whenever I was capturing something increasingly chaotic, I was inadvertently capturing something else that was increasingly orderly and vice versa. This was one of those “the piece shapes the artist” moments. This reality that there is duality or multiplicity in everything, that intention is slippery even when we think we have good traction, that perception depends more on the lens than the subject. That’s pretty central to this work.

Watching your piece makes me think about time, pre-pandemic and the elongated and slowed-down time post-pandemic. How would you describe the time throughout the pandemic? And what is your perception of time while dancing, creating?

I find it grounding, encouraging and satisfying to take any task or ambition that seems never ending or impossibly large and turn it into a practice. Enough drops in the bucket will eventually fill the bucket.

The acropolis footage was shot on three days, with one round of the game per day.  I enjoyed it, despite and perhaps because of the hurdles we had to go through to get there—waking up at 3.30 a.m, yoga warm up at 4, stuffing my sweatshirt with spools of yarn, jogging through the city and park before dawn—and would have continued the practice if it wasn’t so expensive. Looking back, I made approximately 50 short films, which served as the stepping stones. I’m glad I didn’t know that going into it! I dedicated myself to sitting down and contributing something towards that effort for two to three hours each day, from October to March.

I love that on this platform, the viewer cannot rewind or pause or see how much longer it is until the end of a clip. Similar to live performance, there’s something satisfying about beholding something that has a trajectory and network of relativities that is largely independent of you. You are one variable, but one of many, so it will continue without you. But the reverse is true too.

Next
The Golden Mask