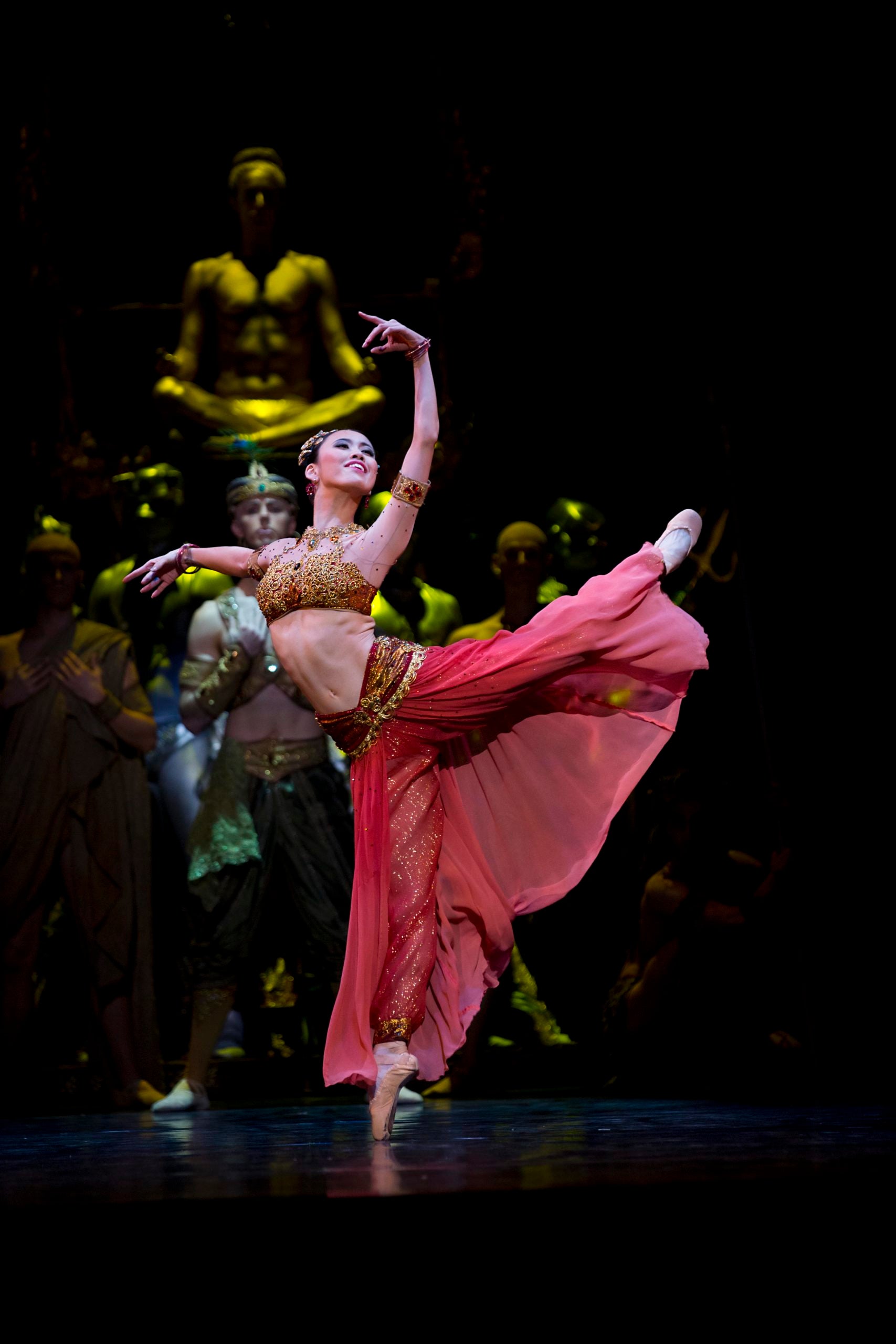 Before a new year is ushered in with fireworks and resolutions, there is just enough time to reflect on what has been, and prepare a list of dance highlights from 2014. The only trouble being, it quickly transpires, I am no good at list making. Some may rank higher, but all offered something; all enabled me to feel. My belief that you cannot see a work unfold without finding some gem to pocket was not tested this year, and so ‘if you look, you will find’ remains my unchallenged maxim.

Nestled up high on my list, the Australian Ballet’s performance of Wayne McGregor’s serpent slithering, electrified abstraction, “Chroma” (2006), and the foil-tipped sharpness of Jiří Kylián’s “Petite Mort” (1991) paired with “Sechs Tänze” (1986) (presented in the company’s triple bill with Stephen Baynes’ 2014 work, “Art to Sky” in June). Part languid wave one moment and trumpeting hyperextension the next, I reveled in “Chroma’s” unfamiliar vocabulary and orchestrated conflict. And, as I knew I would, I lost myself to the theatrical and poetic dark undercurrents of the Mozart double act of “Petite Mort” and “Sechs Tänze” with its exploration of what it means to be human, exposed and vulnerable, even if wigged and dusted. On tenterhooks, wearing similar fine corseting and black crinoline, these are the works I wish to experience on repeat and feel prickle on my skin.

And I will add to that the considered, snail-like trace markings of Ros Warby’s “Court Dance” (2014) and her adaptation of Deborah Hay’s “No Time to Fly” (2010) (at Dancehouse), which enabled me to keenly experience the ‘umwelt’ of another. To have my eyes opened and shown what could be, what is, and the passing of time, made me greedy for more. So too the sensitively explored howl of grief as a duel with time is staged (or is that raged?) in Nat Cursio and Shannon Bott’s “Recovery” (at the Substation). The intimacy and generosity of these works is still easy to recall.

2014 brought the I-love-you-a-thousand-times-more-than-I-can-tell ache of Lucinda Dunn’s last performance in Sir Kenneth MacMillan’s visceral “Manon” (1974); the quiet seduction of Robyn Hendricks as Arabian coffee smoothly poured, and the tinkling and twinkling lyrical and light freedom of Madeleine Eastoe’s Sugar Plum Fairy in Peter Wright’s “The Nutcracker” (1990); the dreamlike collage of George Balanchine’s “Ballet Imperial” (1941) executed impeccably by Lana Jones and Adam Bull; the conviction and spark of Chengwu Guo’s Agni, the Fire God, with legs whipped by flame; and the beguiling leap from the shadows of coryphée Dimity Azoury (who won the 2014 Telstra Ballet Dancer of the Year Award, announced onstage at the Sydney Opera House on November 27, following an open dress rehearsal of “The Nutcracker”).

It also brought with it my first taste of “Bodytorque.DNA” (featuring choreography by Richard Cilli, Joshua Consandine, Timothy Harbour, Richard House, and Alice Topp) and the Keir Choreographic Award (featuring choreography by Sarah Aiken, James Batchelor, Tim Darbyshire, Matthew Day, Atlanta Eke, Shaun Gladwell, Jane McKernan, and Brooke Stamp), which showed that the body could be spun, thrown, and stretched within an existing framework whilst simultaneously constructing a new addition to the lexicon.

And it delivered a second version of “Manon” (captured live from Covent Garden, London, October 16, 2014). Marianela Nuñez and Federico Bonelli, in the Royal Ballet’s production relayed in cinemas worldwide, received my vow to see more dance on film in 2015.

From the invitation to engage in play with Lego pieces, chalk, and an electric keyboard (Nat Cursio’s “The Middle Room”) to finding myself a part of the ritual in Tony Yap and Yumi Umiumare’s “Zero Zero” (presented at Dancehouse as part of Dance Territories, Melbourne Festival), if there is one common thread that links all of these highlights it is truth. In these works selected I responded to the emotional truthfulness conveyed. They spoke of the human condition and what unites us, or at least, this is what I sought out and in turn found in them. In short, they made me feel. Straight to my core!

They are works I could happily revisit, marveling at their shape-shifting ways. For each time we view a work, be it a dance or a painting hanging on the gallery wall, we are different and as such we see different things. Based on our own experience, as well as what is being presented before us, we note, with new eyes, the quiet blush of the romantic underbelly or the ghostlike trace of sorrow in movement worn like a gossamer-fine cape, sadness revealed in the tilt of a head. The brilliant spectacle of Stanton Welch’s “La Bayadère” (2014) was one such work that upon a second viewing (in the one Melbourne season) delivered a new understanding through its balance of light and shade.

(Though taken out of context and bended to suit my own will) Merce Cunningham was right when he said that dance gives “nothing but that single fleeting moment when you feel alive.” From the slow and controlled mesmerizing descent of the Shades in act three, to the hypnotic sound of feet running loops in the dark (Russell Dumas’ “Love is Blind”), for me, it is the uniqueness of a live performance that makes dance so intoxicating. It is present in every movement that tells you that with one wobble all could change. (A sensation not unlike Enid Blyton’s The Magic Faraway Tree; who knows where we’ll end up this time?) Even though it may tell through repeated choreography the same tale, no performance can ever be replicated and it is this very ‘unfixed-ness’ that delights. Some might call it a work’s soul, or its pumping heart.

Previous
From Glitz to Grit