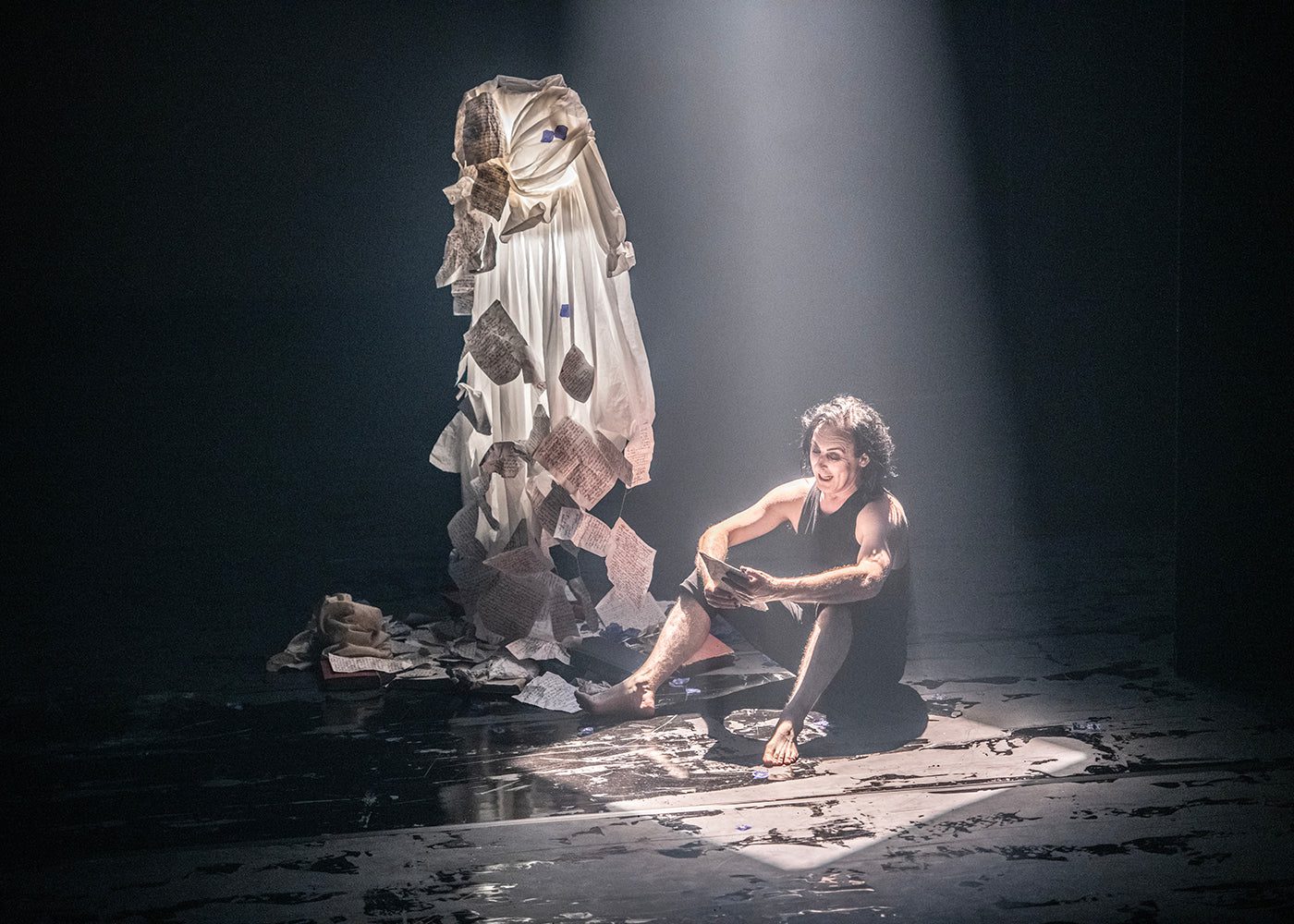 Gorgeously staged, it’s undoubtedly lovely to behold:  the scenography by Ana Jabares-Pita is inspired, as layers can be piled on top of the eerie skeletal backdrop, like the shoes of ladies he seduced floating down in a delicate distraction from work and marriage, and a ghostly white shift dress covered in notes serving as visual metaphor for another betrayal. Meanwhile, Andrzej Goulding’s video projections of galloping white horses and melting ink on paper as Burns’ mental health deteriorates reinforce the fever dreamlike quality.

It’s often insightful too, with an articulate voice I often find lacking in some of Burns’ poetry (William Blake for me wins each time) and there’s a thoughtfulness regarding his place in the world—an overarching sense of imposter syndrome. The most moving moment arises with Frances Dunlop, once an ally, now gone,  in the aforementioned dress scene.

Elsewhere, there’s no shortage of wit: he bows, scrapes and genuflects to patrons in a parodic whirl, as electronic composer Anna Meredith’s score throbs and pulses like a racing heart.  He postures against a mountainous backdrop, a la heritage art, in a frock coat with a raised eyebrow, drawing attention to the limitations of such preening poses. His back is arched, his hands claw the air and he struts around like a peacock lacking humility-hedonistic, arrogant and virile—he’s a narcissist and an asshole, stewing in his own self-regard.