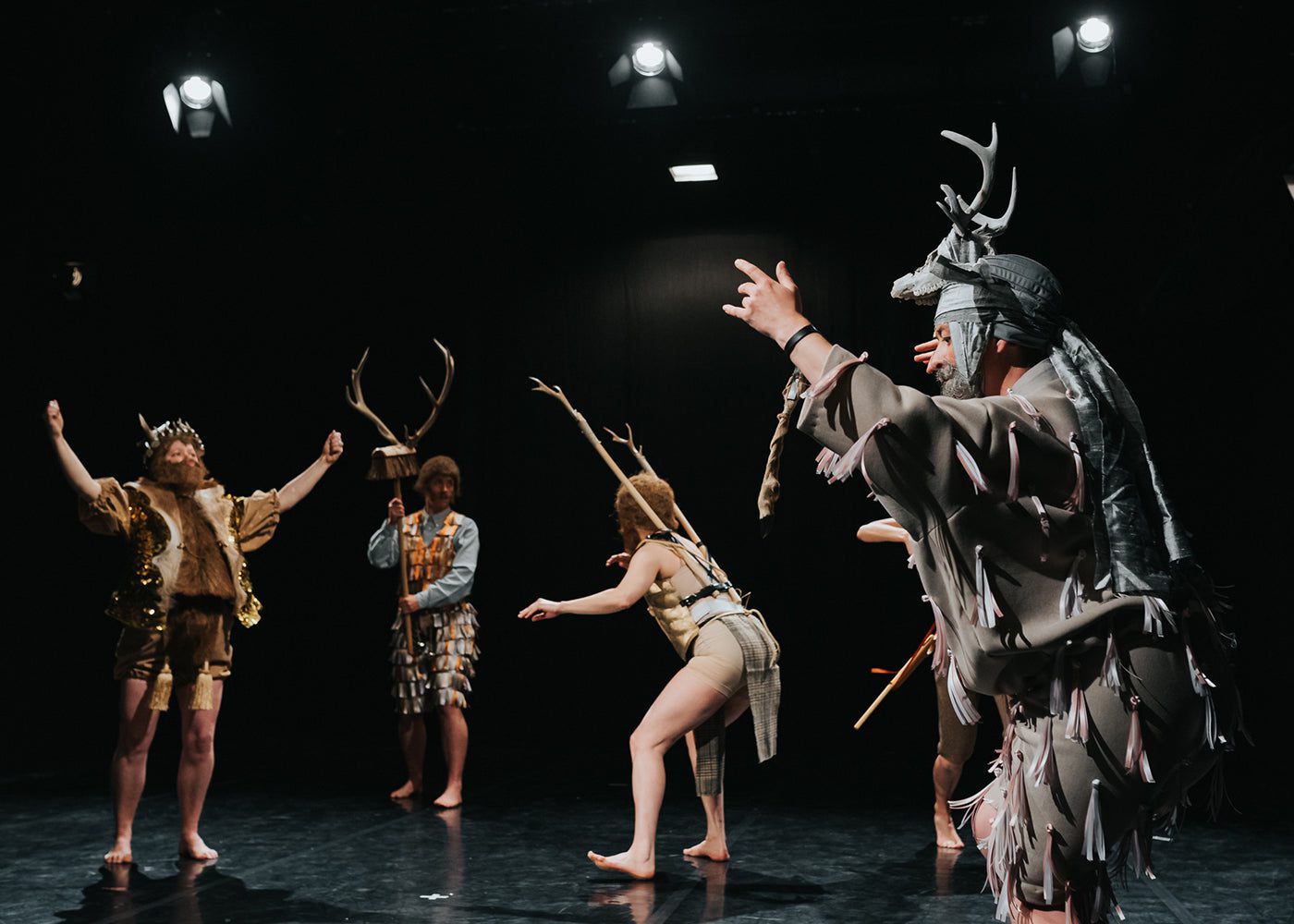 The beloved festival of performance, provocation and boundary pushing, Take Me Somewhere, curated by artistic director LJ Findlay-Walsh, would of course have been a live experience at Glasgow’s Tramway this May, but with the city still in lockdown, it is in a virtual format online for the first time. A real genre crusher, TMS proves dance and live art can mesh easily together, as evinced by so many of the artists that are programmed as part of this year’s line-up. Two such artists are featured here, both with very different pieces captured and live streamed on film. It can often be hard to focus on dance films when watching from home, thanks to extraneous noises from neighbours, cars and animals, but these films are both absolutely compelling, in very different ways.

A premiere from Maluku diaspora artist Claricia Parinussa, who is based in Scotland, and London-based multidisciplinary artist Rowdy SS, this new work, Sendiri, translates as “alone.” There’s a sickly quality to the camera work (live cinematography by Paradax Period), with the kind of queasiness that comes from bodily trauma and illness. From the jump, it is clear that the narrative presented here will be neither comforting, nor kind. The figure of Parinussa is first picked out by small sprinkles of light, her hunched body almost rolled in a foetal position, her “blanket” a thick, padded type of jacket. Laboriously, she tries to get up, with movements that make her seem punch-drunk. The slightest gesture can be seen here, and Parinussa’s every tilt of the head or cautious stretch is nuanced, open to interpretation. She seems like a cosmonaut, last woman standing, cast adrift from the others on a spaceship, and seems to be alone, but isn’t. Other figures lurk around the peripheries, hidden in shadow.

At other times, she could be an incarcerated figure, going slowly insane in a confined penitentiary space. Her head is covered, rendering her without identity. Strobes only add to the feeling of disorientation, and her dazed figure, somnambulent at first, tries to revive. She pulls at what could be a braid, umbilical chord or wire, connecting her to the mains (sculpture by Sequoia Barnes). All is ambiguity, all uncertainty. She crawls, camouflaged against the white striped floor, flails and thrashes. She’s there but not, gliding, almost weightless. A zero gravity vision, with projections like clusters of stars behind her. Now illuminated, she is a sturdy action figure in a sci-fi blockbuster, resourceful and cunning, owning her space, autonomous.

Shadows to each side create a kind of triptych of her, three different facets in different directions. She gropes at herself, more out of necessity than onanistic impulse—just to check that she’s there, everything in its right place. But now she’s alert, she’s more like a Berlin club kid, throwing shapes in a sweaty place with a name like “Liquid,” or “Neon.” She’s shaking, thrashing it out to Rowdy SS’ noise soundtrack, a glitchy gallant star sailor with a fetish sensibility. She knows the best DJs, cocktails and something to keep you up dancing. She’s part of the cosmos, no longer separate, and as much of the universe’s plans and atrophy as everyone else: carbon, water, blood; consciousness, desires and smarts, alert to all of it, all at once.

Exploring the space between sacred ritual and contemporary dance, Finnish-English artist Hanna Tuulikki’s knotty, playful durational piece Deer Dancer is kind of genius, and almost certainly bonkers. Performed and devised by Tuulikki herself, alongside Nic Green, Jo Hellier, Simone Kenyan and Fabiola Santana, it seems faintly frivolous at first—after all, there is a solo with a sweeping brush, and costumes that are pure Hail, Caesar!. Tucked underneath the ridiculous stick-on beards and props though, is a really important notion: that the contrived, performative nature of gender is as useless as fixed ideas about it, and the earth itself. Every living thing evolves, in terms of consciousness and growth. New ideas about adapting beyond societal norms are all to the good, when they reject power and oneupmanship.

The characters are all male archetypes of myth and legend represented by stags- the strutting Young Buck, whose sense of entitlement is second only to his perceived devastating sexual prowess; the Fool, who knows more than he is letting on—a quicksilver, darting presence, the Old Sage, a cautious animal, moving with stealth, the Warrior, a study in chest-beating, macho cliches, and the Monarch, wearied and worried, slowly moving and wondering if he will be overthrown.

Tuulikki’s choreography vacillates between cartoonish and gracefully exacting; absurdist, and loving homage to Pagan belief. There is swagger, a kind of Highland Fling,and jumping to the point of exhaustion, juddering in coercive behaviour and attempts at maintaining dominance. All the animals could be football hooligans, hip hop artists or arrogant politicians. There are twisty, tender moments of undulation and swaying, where solos are gorgeously hypnotic. There are overt implications to it all—that the systems we have in place are outdated, and are no longer fit for purpose.

The vocals, composed by Tuulikki herself and with haunting soundscapes from Kim Moore, are beautiful, ranging from plainsong to throat singing and percussive grunts and sighs. They perfectly complement the wild, unwieldy narrative and all of its posturing—the strutting and rutting, the fighting and fierceness, especially as they get more intense during the second half.

Above all, Deer Dancer, which is a joy to dip in and out of over several hours, takes machismo and twists it, almost to breaking point. It’s provocative, timely, sensual—very Take Me Somewhere, in fact.

Next
A Rite of Spring for our Time