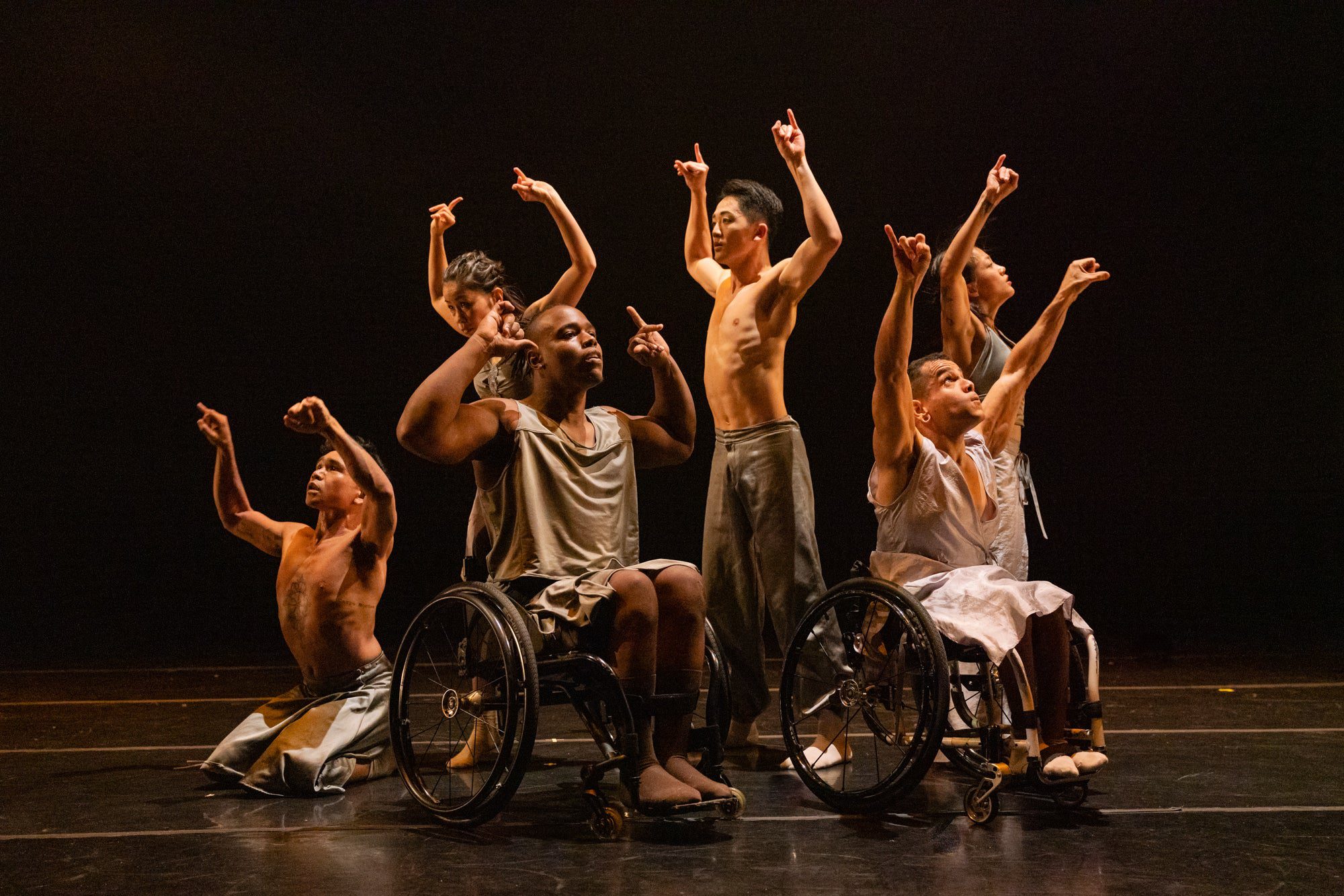 Blessed be the diplomats and the grant writers! Seven years ago, Silicon Valley-based dancer and choreographer Philein Wang applied to the U.S. State Department and the U.S. Embassy in Beijing and secured a $50,000 grant for a series of U.S.-China exchanges and tours. This year, confronted with anti-Asian racism in the U.S. and the police killing of George Floyd, she saw both a need and an opportunity and reached out to the State Department again.

This new grant will also support touring next year, but the result in the interim is the resurrection of the Silicon Valley Dance Festival, which produced shows in 2016 and 2017 but not for the last two years. Thanks to Wang’s personal connections—she was a dancer in Taiwan’s Cloud Gate Dance Theater as well as several top Bay Area companies—the mainstage performance of this year’s festival features impressive participants: San Francisco’s ODC/Dance and Robert Moses’ Kin, Oakland’s AXIS Dance Company, China’s BeijingDance/LDTX, and New York’s Sidra Bell Dance. The festival also gave an opportunity to six fledgling choreographers to share work on an Emerging Choreographer Program. And of course, the programming features Wang’s own pickup troupe, ZiRu Dance.

One abundant lesson of pandemic necessity is that dance films set in the outdoors, no matter how spectacular the setting, are rarely as compelling as those staged well in the theater. I’m beginning to have theories about this—specifically, that choreographers get distracted by the site-specific challenges and forget to build meaningful phrasing, repetition, and form into the work—but whatever the reasons, the standouts of this festival were dances captured in the theater in 2019.

It was especially good to catch up with AXIS Dance Company. This troupe combining dancers with and without disabilities has changed artistic directors since its founding in 1987 (now led by Marc Brew), but it has been utterly consistent in attracting compelling movement artists who hold the stage with emotional maturity, and commissioning supremely skilled choreographers. Jennifer Archibald’s “Petrichor—the smell of earth after rain” is from AXIS’s fall 2019 live season, and it is riveting from first to last. Shifting from the sounds of rainfall through energizing percussion and finally to urgent minimalist strings (the music is by Byron Metcalf and Steve Roach), this is a study in ensemble connection, two groupings with dancers in wheelchairs at the center pin-wheeling kaleidoscopically. Lani Dickinson, who is missing her left arm, has a spectacularly articulate solo that I could watch on repeat. Julie Bell contributed the elegant gray costumes.

Costumes, lighting, and relentless deepening of a movement motif made for spectacle in Adiya’s “Arc,” performed by BeijingDance/LDTX last year and here seen in excerpt. Eleven dancers in black coats cluster under bright industrial lights, stark black ringed around them, and begin swirling in movements that seem like extreme Tai Chi, in tight unison. Eventually two break off, remove their coats, and begin an inventively interlocking duet in spotlight, but all along the swarm keeps moving behind, in ambiguous effect—is this a menacing mob or something more comforting, like eternally rolling waves?

Sidra Bell’s “waiting” is also designed for the stage and has a backstory. It was meant to premiere with live audience at National Sawdust in Brooklyn this past June but cancelled due to the pandemic. 92Y and Harkness Presents then took it up as a work-in-progress filming, recorded early December. It has a great deal of promise. The commissioned music from the Immanuel Wilkins Quartet is played live, and it is spiritualizing, in the vein of Coltrane-inspired jazz. The dancing is slinkily virtuosic, and the absence of partnering due to pandemic precautions hampers it not one bit. Kimie Parker and Sophia Halimah Parker in particular are masters of serpentine enchantment, enhanced by Caitlin Taylor’s sleek black costumes. This work will look even better when it can be produced with full lighting design after the pandemic.

Which leaves us with the dances not created for stage. ODC/Dance’s “Sleeping Beauty” stitched together Instagram-style footage of company members performing phrases that would have been part of ODC’s cancelled live season in their homes, yards, and elsewhere. The conceit of the performing arts being in a “Sleeping Beauty” moment when we all wonder what life will be after was apt enough, but using the Tchaikovsky waltz for the music left this viewer tonally discombobulated. Robert Moses also addressed the emotional needs of the moment with admirable earnestness, his company members dancing around a garden centerpiece that read HOPE in Golden Gate Park. There was also beautifully composed footage next to a lake, and funk-influenced music by Moses himself with Michael Manning, with PC Munoz contributing acoustic percussion, but I can’t say the piece added up to more than the sum of its stitched footage.

Wang’s own “We Can Hold No More” did. To Bach, the ten top-rate dancers processed along paths beneath redwoods and weathered bare branches. Energy ascended from the tense, tunnelled cautiousness to release, the camera capturing close up faces with the vast ocean behind. Unfortunately, the soundscape for this final euphoria was Paul Schwartz’s percussive version of “Ave Maria.” Heavenly for some, reminiscent of TV commercial music for this listener. Wang’s shorter solo on the program, “Be Still: These Echoes of Longing,” also toed and ultimately crossed the delicate line between dance on film and Public Service Announcement. But her choreography is textured and lovely; with more music curation, there’s great potential in her work.

Potential was the focus of the Emerging Choreographers night of the festival, and “Match,” by former San Francisco Ballet principal Jaime Garcia Castilla and ODC/Dance member Miche Wong evidenced it abundantly. Calling themselves Born Naked Dance Collective, and dressed in tennis whites, they took to the sand, volleying muscular movement not across a net but at a wall of Plexiglas upon which they painted an abstract expressionist improvisation in red and black and white. It was all off-kilter, yet not quite quirky—they seemed to feel their lives at stake in their showdown—and enhanced by Concept04’s enigmatic music and compositionally stunning video editing. I would like to see much more from this crew, and from Charles Roy Jr., whose “Love Letters to God,” a solo danced alongside a cornfield, showcased a touchingly present performer combining force and grace.

Wang’s funding allows for a second instalment of “Renewal” in the spring, to tour internationally in a best-case Covid-recovery scenario. I can’t say I’m optimistic that we’ll be opening theaters by spring, but I am buoyed by Wang’s optimism and her sustaining work on behalf of the dance community.