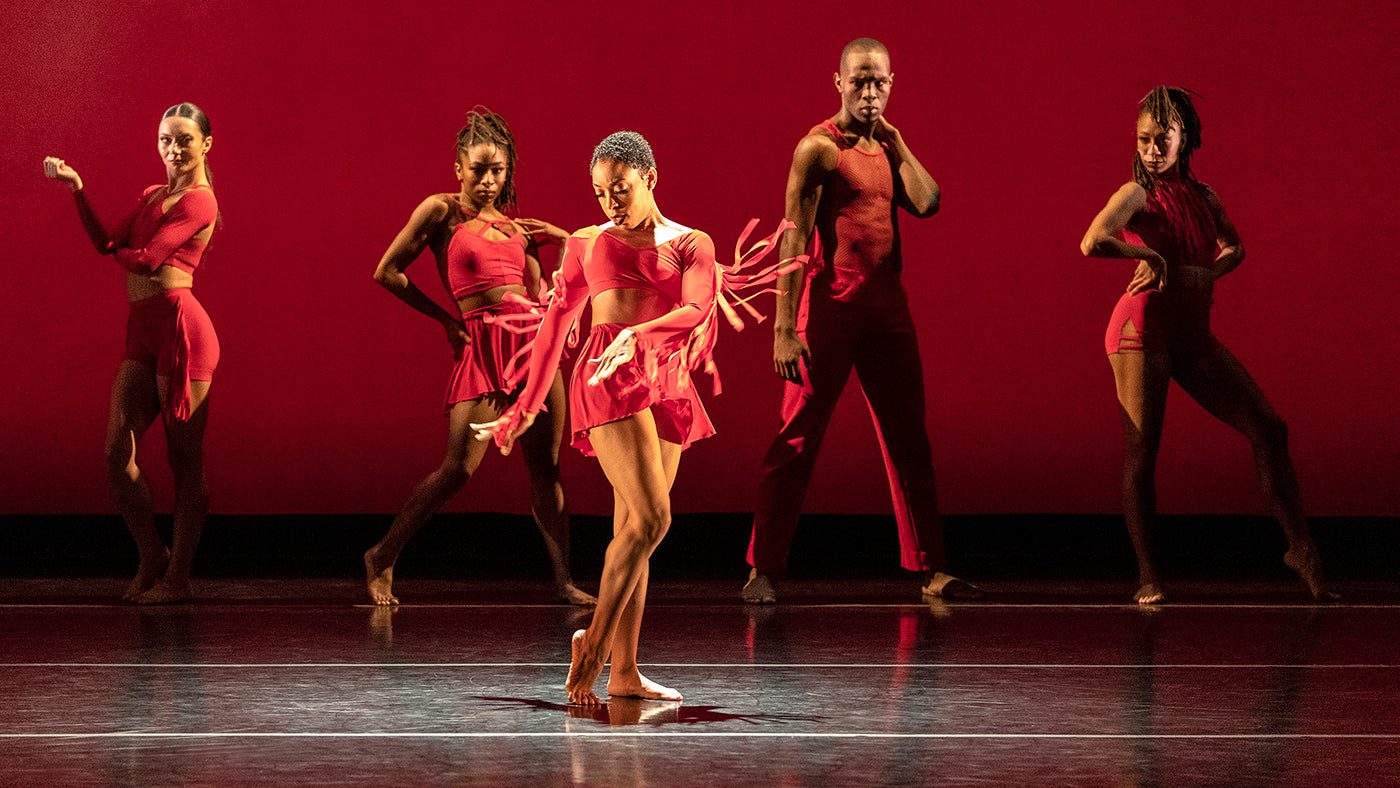 A Moveable Feast: When a Jubilee is a Year Late

For half its 50-year life, I’ve been reviewing Philadanco! concerts. It’s the premiere mixed-race company in the country. Founded in Philadelphia by African American dancer Joan Myers Brown, who turns 90 on Christmas day, Ms. Brown turned entrepreneur with her decades old dance school. Then teacher and auntie to countless neighborhood children who’ve gone on to remarkable careers in dance or other professions. And of course, artistic director of Philadanco! all these years, stepping aside for Kim Y. Bears Bailey, only in the last year. Primarily a company of Black dancers, Ms. Brown (now Founder/Artistic Advisor) hasn’t hesitated to hire other POC dancers as well as white dancers if they fit her company’s look. In a 2001 tour of Poland, Ms. Brown revealed she is mixed race. Standing before the ovens as we visited Auschwitz with her young charges, she wryly remarked, “I’d have been gassed twice. Once for being Black, and once for having a German Jewish grandmother.”

Bravery and dry humor, loyalty and sheer willpower have gotten her and the company through many rough periods. None so potentially devastating as the last two years of this pandemic.

Yet there we were at the Kimmel Center’s Perelman Theater last Friday night, all 627 seats filled for Philadanco!’s first performance back in its residential hall in two years. Last year was to have been its Jubilee year but it had to be rolled over into this spectacular show and reunion that honored Philadanco! alumni. The dedicated honoree was filmmaker Lee Daniels, who fell ill in Los Angeles and couldn’t make it. Philly-born Daniels was one of Joan Myers Brown’s students, and like so many parents of Philadanco!’s students, Daniels’ mother and Ms. Brown maintained their friendship. Ms. Daniels accept the award from the City of Philadelphia on behalf of her son. Daniels will be back in Philadelphia after the New Year to begin shooting another film here.

But 75 Philadanco! alumni in variegated spangled and sparkled masks (not to mention sexy sheaths and at least one chinchilla jacket) lit up the audience for a dynamic program that comprised three world premieres and a reprise of Anthony Burrell’s “Conglomerate.” Often smorgasbords, buffets or even banquets past performances included works to please any audience. This concert, named “Fast Forward…Unique Voices,” was carefully constructed and executed like a prix-fixe New Year’s Eve menu.

The entrée, choreographer Thang Dao’s “Roked,” whet the appetite for the rest of the program. He helms his eponymously-named Los Angeles-based company of renown and he’s set work on Philadanco! in the past. To music by Paul Guy Stevens, he used the concept of dancing in the masculine form called Roked (in the present tense in Hebrew.) But another definition is “a vein of ore” and Dao struck gold for this dance for nine of the company’s 11 members. The men come out jumping jacks, landing in squat-legged, crab-like sidesteps, heads rapidly bobbing down as they move along. The women become more involved, and whenever anyone begins to fall backwards, someone is there to catch and balance them again. Genders don’t matter, all help each other to stand up. Brandi Pinnix helps William Burden jump before she lands backwards on his bent back, a neat sequence. In silhouetted line, the full corps march to the footlights confronting the audience, they peel off their blue or green jackets (by Jill Peterson) waving them like flags.

Ray Mercer, whose “Guess Who’s Coming to Dinner” table dance is a signature hit wherever Philadanco! globe hops, set a new work on the company, “This Place.” To Bongi Duma’s music and  Natasha Guruleva’s costumes, “This Place” is the plat principal—the main course—in my imaginary moveable feast. Mercer calls it a collage in five sections. Burden skitters across in a floor-based solo then explodes to a vertical leap, arm raised imploringly before falling back to the floor. The women jangle their bodies over the space like puppets suspended by their shoulders. Finally, this technically challenging choreography wows the audience with the men bare chested and women in black bandeaus, each appearing skirted in pleats to the floor with red slips peeking out. Bunching them up at the waist they unfurl them and begin swirling and leaping in them with an explosiveness not seen since another of Philadanco!’s signature pieces, Christopher Huggins’ “Enemy Behind the Gate.”

The only female choreographed work, by Katherine J. Smith is the third world premiere and her choreographic debut. Her “Hidden Jewels” is to music by Ezio Bosso with its Glass-like phrases and violin counterpoints. Anna Alisa Belous’s color-blocked dresses made the five women look like a Mondrian painting come to life. Janine Beckles, Mikaela Fenton, Clarricia Golden, Brandi Pinnix, Courtney Robinson exhibited a variety of emotions that women endure, from pain and fear to triumph and defiance. Robinson’s undiminished dignity and expressiveness stood out for this welcome piquant palate cleanser before the near combustible dessert that was the finale.

When Philadelphia-born Anthony Burrell premiered “Conglomerate” in their spring 2019 program he called it “a rich history of Black Dance in Philadelphia.” In a panorama of burning lava red with flaring red fringes by Emilio Sosa and Natasha Guruleva, the dancers’ velocity never wavered even when the choreography was taking a corner to the next section. My personal favorite was the women doing a backwards closed-bevel demi-toe walk. Better than any Moonwalk I’ve seen. And the sinuous solo by Kaylah Arielle nearly had the audience on its feet. Each dancer cupped a hand above the other empty hand as they approached the footlights. To me, it seemed they were protecting a flame of hope.

Previous
Interglacial Captures an Interval of Uncertainty with Real-Time Sculpture