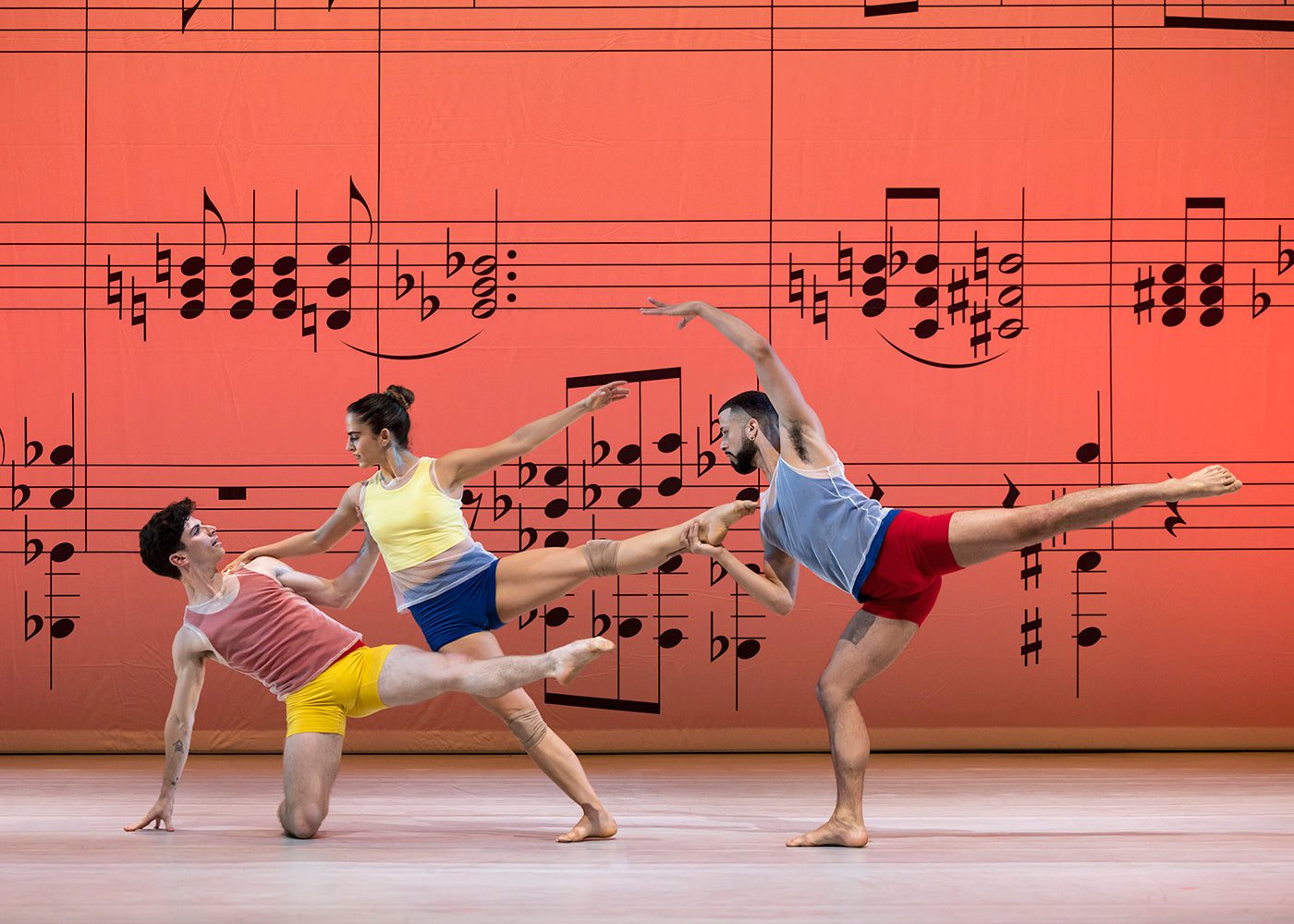 L.A. Dance Project’s two-week run at the Joyce Theater opened May 3 with a program of mainly post-modern works by three female choreographers. Founded in 2012 under the artistic direction of former Paris Opera Director of Dance and New York City Ballet star Benjamin Millepied, the Los Angeles-based dance company celebrates its 10th anniversary this year. Since its inception, the company has presented over 40 works, both new and restaged, from a diverse array of choreographers including Justin Peck, Merce Cunningham, Kyle Abraham, Ohad Naharin, and Martha Graham.

This evening characteristically featured a mix of old and new, opening with a restaging of a work by the L.A. modern dance icon Bella Lewitzky, who passed away in 2004. As a young dancer, Lewitzky trained under Lester Horton and was a member of his company. (She was an outspoken arts advocate and politically active, and in 1951, was even called before a hearing of the House Committee on Un-American Activities to identify acquaintances who might be members of the communist party. “I am a dancer, not a singer,” she famously stated before the committee.)

Lewitzky led her own company from 1966 through the ’90s and was particularly successful on the West Coast, though it toured extensively elsewhere. “Kinaesonata,” which former Lewitzky dancer Walter Kennedy first restaged for LADP in 2019, made it to New York in 1971 (the piece premiered a year earlier). Tuesday night’s performance was the first time the dance has been seen in New York since its 1971 performance.

A lively piece set to a piano sonata by Albert Ginastera, “Kinaesonata” features dancers reaching in straight lines and dipping in upper body curves, dancing independently of one another in different facings and interacting with one another in clever lifts. Lewitzy described her piece as a “kinetic response to Ginastera’s music.” The audience was lucky to have this music performed live by pianist Adam Tendler, who further enhanced the crisp musicality of the choreography. Adding an additional layer to this musicality was a new scenic design by Charles Gaines, which is a huge print of the music as a backdrop. Though perhaps too literal a symbol—the choreography is already so interpretive of the music that another visual representation of it isn’t necessary—because of its size and prominence, the backdrop does make an impact on the viewer. Seeing the dancers dance in front of it, we recognize shapes from the notation: The angular arms look like stems of notes, and sweeping motions look like the curving ties that indicate two notes sustained as one. The music then becomes not only an auditory reference point, but a visual one, as well.

“Kinaesonata” was followed by a work from L.A.-based multi-media artist Madeline Hollander and two by former NYCB star Janie Taylor (who also performs in the second program of the two-week run, in a new work by Bobbi Jene Smith). Hollander, who was also a classical ballet dancer and has created works for film, as well as visual art, created “5 Live Calibrations” in 2019 to an original techno score by her sister, Celia Hollander.

The piece is an experimental work that deals with chance, guaranteeing that each performance will be different. The calibrations are separated by a curtain lowering while the dancers continue to move, and each follows a different central structure. At one point, the dance looks like a buffering symbol as the dancers stand in a circle and pirouette in canon; another calibration features the dancers jeté-ing forward in a straight line, which creates the effect of a scan across the stage. The dancers counted audibly and though often dancing independently on their own timing, were aware of each other at all times. It’s a dance of concentration; the audience witnesses an intense focus which radiates from the stage.

Taylor’s two pieces, a sweet pas de deux to Mozart entitled “Adagio in B Minor,” which Taylor originated on herself in 2019, and the new “Night Bloom” for an ensemble, were much anticipated. Taylor was a celebrated principal with City Ballet and has continued a fruitful artistic career, assisting Millepied at the Paris Opera, continuing to dance with LADP, and even exploring other mediums such as short films and costumes. “Night Bloom” was a perfect exhibit of Taylor’s versatility: In addition to the choreography, she designed both the set and the costumes.

The piece is a work to Stravinsky’s “Concerto for Two Solo Pianos,” which Stravinsky wrote in 1932 for himself and his son, who was also a skilled pianist. The movement is reminiscent of Taylor’s NYCB and Balanchine upbringing with strong classical technique that plays with lines and off-center shifts of weight. If Balanchine’s “Nutcracker” “is the tree,” as the choreographer said, referring to his iconic growing Christmas tree, “Night Bloom” is the set. The dancers move playfully in and out of the large 3D rectangular and triangular prisms, sometimes bursting out from behind them in exciting leaps. They are used like children’s blocks where the possibilities are endless: Once, as dancers moved behind two merging rectangles, it was as if they were entering an elevator. At another, the sets are moved as if opening a door. In one particularly clever moment, two dancers embrace facing a stack of rectangles and triangles. Above this, a hidden dancer moves a circle from east to west: The sun sets, and night blooms.

Next
Force of Nature