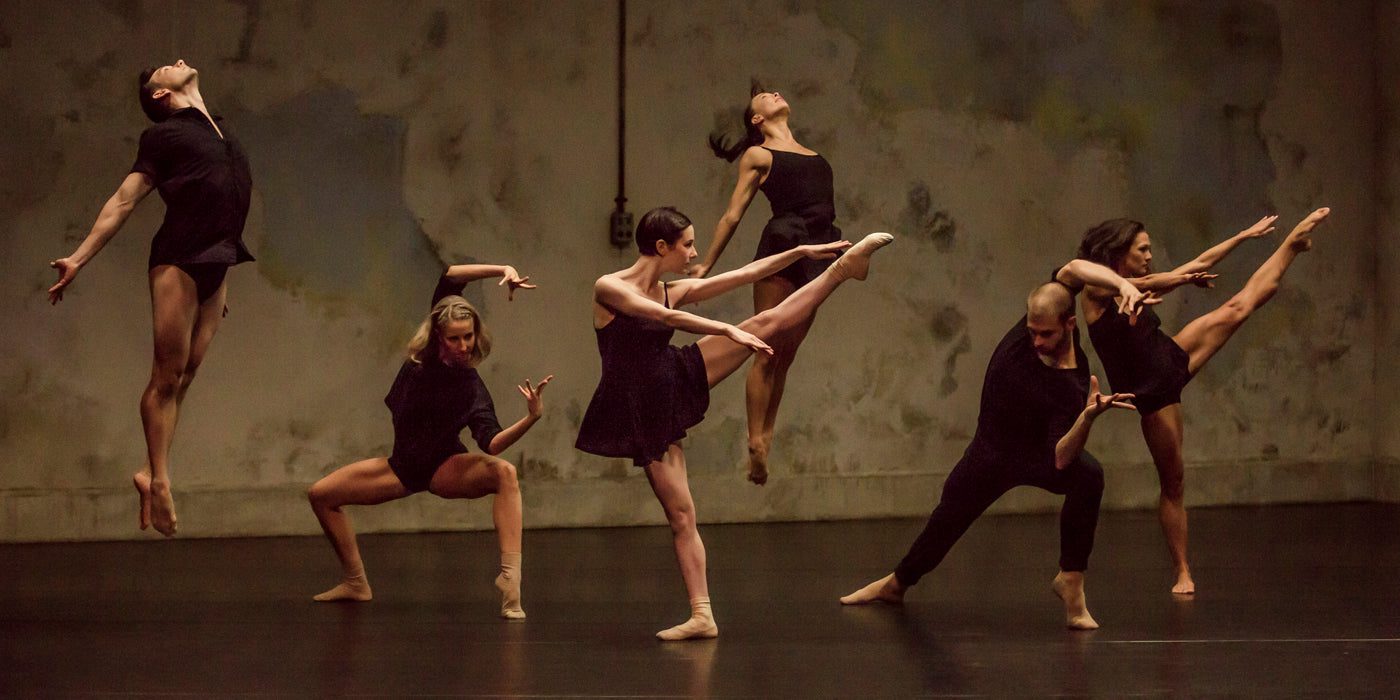 “The impulse to feel, experience and understand a dance work in the theatre should be an individual one—beginning in the heart and contemplated in your mind. It is your frame of mind which colours your world, and the same should be true of art. When all explanations have been exhausted and you find yourselves outside of definition but immersed in sensation—the only thing left is to feel.”1

‘To feel’ is where it all begins. It is the thread that binds Sydney Dance Company choreographer and artistic director Rafael Bonachela’s premiere work “Frame of Mind” to William Forsythe’s “Quintett,” a so-honest-it-hurts love letter to his dying wife.

Presented side by side, both works, uniquely tender in their fragility, give a physical framework to heartache. Born from the tight knot of personal experience, both works spiral outward and give expression to longing and vulnerability. To be entrusted with something deeply personal yet universal, raw yet understated, is a rare gift.

Opening with Forsythe’s “Quintett” (1993), through action and repeated stanza, it appears that a state of longing and a kernel of hope can appear temporarily fixed. And so for 26 beautiful minutes, I found myself suspended within a constant sensory loop as an elderly man sang a simple refrain: Jesus’ Blood Never Failed Me Yet. A 1971 recording by Gavin Bryars of an unknown man singing a religious song “in a rough area around Elephant and Castle and Waterloo Station [which] when [Bryars] played it at home, [Bryars] found that his singing was in tune with [his] piano . . . . Thirteen bars in length [it] formed an effective loop which repeated in a slightly unpredictable way.” Building in gradual increments, Bryars’ musical accompaniment to the “tramp’s” wavering vocal speaks of “the emotional power of music.”2 With the length of the original loop (to which “Quintett” is performed) initially determined by the length of an LP (it since exists as 40’, 60’, and 74’ recordings), it has the hypnotic effect of getting under your skin. It builds without your awareness. Much like the body that decays before our eyes without our real consciousness, it changes, yet stays the same, and this perfectly mirrors the delicate unfolding of Forsythe’s ode to his wife, dancer Tracy-Kai Maier. The work, a hymn in movement told through five dancers, Cass Mortimer Eipper, Chloe Leong, David Mack, Jesse Scales, and Sam Young-Wright, was created as she “was dying of cancer. She succumbed to the illness in early 1994 and never saw “Quintett.” By the time it went on stage she was too ill to leave her bed.”3 So too the man we hear singing; “although he died before he could hear what [Bryars’] had done with his singing, the piece remains as an eloquent, but understated testimony to his spirit and optimism.”4

Founded on such earth, “Quintett” is about hope, faith, love, or whatever word you wish to call ‘it’ by. It is for this reason that, though underpinned by real ache, it is knot-in-the-throat joyous. The delicate movement of the dancers in shifting conversation with each other is underpinned by the sense that this state cannot be held no matter how long the musical loop. The work, performed for the first time in Australia, is imbued with this knowledge and it is impossible not to ‘feel’ its sorrow. The body is fragile. We alter. States of being cannot be held indefinitely. A foot lands to the floor; a head falls to the chest; a back slowly rounds. A body will cease movement and take its last breath, no matter how much we/the dancers bolster, support or serve as a buffer to each other. All things come to their own end regardless of shouldering. Propping up one another with gentle, playful taps of an extended arm or leg, it is in the physical support of another’s form that love is read.

To me this work is about a moment held in hope, the state before loss. It is not about being left behind, that feels as though it is yet to happen. Easily broken, this is the moment before loss. This is loss looking in through the window, waiting. This is trying to keep a ball aloft in the air before catching it; you cannot defy gravity, but you can try. You can loop a song repeatedly, hold a leg in extension; you can attempt to shake it off. An unsustainable balance, “Quintett” hovers in that moment ‘just before’ and as such unavoidably brings up your own recollections of love and loss.

I responded to the authenticity of the voice singing, its truthfulness expressed. It is this same authenticity that is reflected by Eipper, Leong, Mack, Scales, and Young-Wright as they tried desperately to reshape the outcome: there in every gladsome fling of arms around another, in the body weighted, crouched, crumpled, and slumped. It is there as changing partners are spun in a circle and rendered weightless momentarily. To misquote Nietzche, to live without ‘love’, “life would be a mistake”. And so, as the curtain closes on “Quintett,” Mack is seen in the sidelines, willing and pushing Leong to keep moving. Behind the curtain, I choose to imagine this movement continues, though ultimately I know it cannot. Driven by love, this final kind-hearted scene speaks of the beautiful futility of not wanting to say goodbye to someone who is dying.

Bonachela’s “Frame of Mind” at 34 minutes rounds out the hour (to the minute) perfectly. Coming from a personal awareness of how one moment can change things forever, through the push-pull intensity within the one body and in turn with other dancers, the work, for me, is about change: change of tempo, change of states. Slow becomes quick. Tender becomes forceful. Introspective becomes expressive. Groups form in trios, quartets, and septets before splintering into duets and solos. At other times it is the full company. And where “Quintett” was a gradual building of emotional intensity, piece by piece, “Frame of Mind” builds its intensity in a back and forth fashion to ensure unstable footing. A supportive framework is constantly tested, with Scales, Eipper, et al. turning themselves inside out and showing you how it feels. Lifted, literally. Guided, literally. Vulnerability is laid bare.

Accompanied by Bryce Dessner’s “Aheym” (which means ‘homeward’ in Yiddish), performed with assured ferocity by the Kronos Quartet, that is successively more than matched by the dancers, the work swings wildly and I try to take in every single element. If all can change in the briefest of moments, the same is true of a performance where I sweep the stage with my eyes in a thwarted bid to take in every movement. Even with the stage made smaller and more confined to enhance this effect of restraint and confinement, I cannot physically ‘watch’ everyone. To me this beautifully drives home the frustration of being in one place but wanting to be in another. My short-lived focus is tested just as trust and a longing to be understood, fear and separation are being explored and boundaries remoulded. Even if you could split the self in two, the effect would essentially be a half measure.

For me, “Frame of Mind” is about wanting to engage with others and to be understood, as revealed in the amorous duet between Richard Cilli and Charmene Yap to Little Blue Something, with its stolen glances and shy head tilts. From solos to full ensemble, the work reveals that from empathy comes inner strength and this is made manifest in the movement that courses and convulses through each and every dancers’ body. Passed from one frame to the other in representation of states in flux. Movement cannot be harnessed even when still, though still is something neither work is.

Ultimately, these works are about a moment held, but yet, coupled with the role the audience plays each night, they are about reflection too: the here as well as the there. A balance is held between a state that you want to last (for a loved one to remain with you) and a recollection of own experience of loss and yearning. Yes, the only thing left is to feel. This is what links the two works by Forsythe and Bonachela, in collaboration with the dancers, the optimistic, heartfelt call to arms: we are all only here briefly; you’d best grab ‘it’ with both hands.