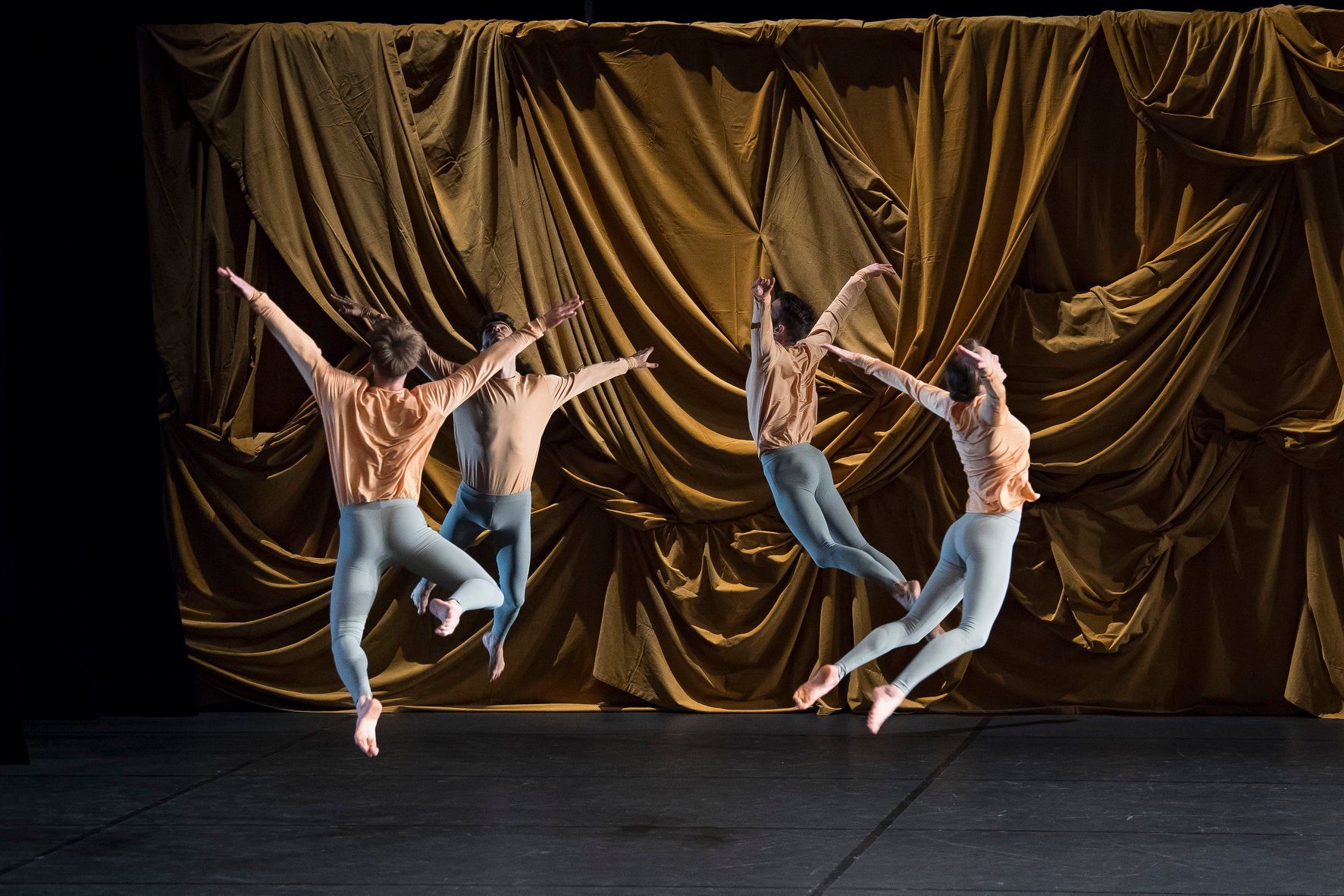 CCN-Ballet de Lorraine at Dance Umbrella's “The Future Bursts In”

Merce Cunningham would have turned 100 in 2019, a centennial that’s seen institutions around the world flock to commemorate the prodigious American choreographer. There have been exhibitions, seminars, master classes and of course performances, including the ambitious “Night of 100 Solos,” commissioned by the Merce Cunningham Trust and featuring 75 artists dancing in tandem across three cities.

CCN-Ballet de Lorraine recently shared two contributions at London’s Linbury Theatre as part of “The Future Bursts In,” the closing programme of the 2019 Dance Umbrella festival. “For Four Walls” is a new piece inspired by a long-lost ‘dance play,’ while “Sounddance” revives a rapid-fire work from the ’70s. Cunningham created the latter after a nine-week residency with the Paris Opera Ballet, defying the classical rigour he’d encountered with fleet, thorny pivots that tumble off their axis. The piece features a storming score from David Tudor and an ornate drapery that sweeps the cast into its pleats.

The company’s young dancers make a whirlwind entrance, shooting out of the curtain like hornets from a hive. The choreography doesn’t unfold so much as explode, blasting us with taut curves and bounding stag leaps. Motoring against a soundscape of mechanical whirs, they take on a machine-like gait, bobbing on straight, splayed legs. In the edgier sequences they’re beautiful androids firing off a quicksilver waltz. The piece wavers, though, when the group scampers in unison, losing a touch of its elegance.

In “For Four Walls,” Petter Jacobsson and Thomas Caley pay tribute to a theatrical number Cunningham created with John Cage in 1944. There’s a rigorous formalism at work in the tangled movement patterns here, and in the engrossing scale, which trades in both the grand and the intimate. Hulking mirrors multiply the cast into a tangled, unbridled legion. Performers spill in from the wings, flooding the stage with bodies real and reflected. To one side, wreathed in fading light, is Vanessa Wagner barking out notes in a mesmeric piano performance.

Despite its upright shapes and slick, muscular cascades, the dancing eschews ostentation: the dancers mostly face the mirrors, greeting us indirectly, and weave their combinations independent of each other. The reflection goes two ways, transmitting the audience’s image in large format upstage, drawing us into the work quite literally. Even the pianist’s domain is manipulated: at one point she exits the stage to make way for a haunting choral interlude. It’s highly abstract but never untethered—a striking tribute to a dancemaker who loved to play with the boundaries of space and time.

A third piece rounds out this programme: “Somewhere in the Middle of Infinity” by the Senegalese choreographer Amala Dianor, who performs in the work alongside Ladji Koné and Pansun Kim. The trio seasons loose, informal textures with high-throttle moves, slowing and quickening their rhythm to a roving soundtrack. There are dashes of hip-hop swagger, jolting Afro-dance and even martial arts as the dancers cast their bodies across various planes, striking multi-level triptychs and dipping into unplumbed pockets of space.

Dianor is especially expressive in a pulsing slide section where the dancers rock to a heartbeat thrum, grabbing at the spaces before them. Another highlight sees the group dole out high kicks and flinging leaps to a swelling electro track. There’s a serene glow to their efforts, even when the contrasting styles don’t quite meld.