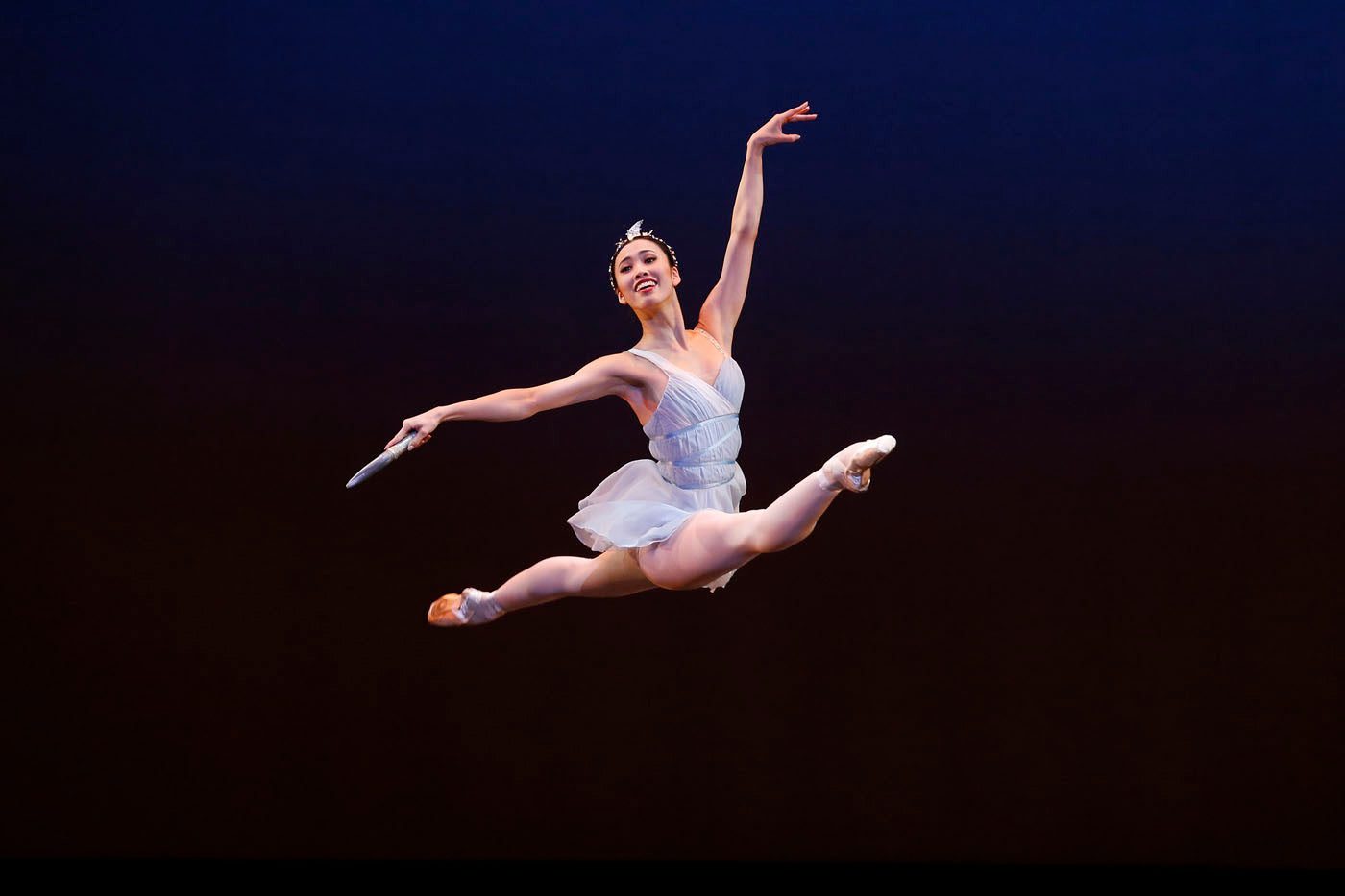 The Australian Ballet's mixed program with “Symphony in C”

I raise my hand up above my head. I let it fall down. Connected to my body, my arm remains secure in its socket of the shoulder blade. My arm does not fall to the ground. My body is connected, “dem bones, dem bones, dem dancing bones.” My body has my back, secure “doin’ the skeleton dance ….The backbone’s connected to the neck bone. Doin’ the skeleton dance.” And it was in this manner that I read Alice Topp’s new choreographic work, “Little Atlas.” There may have been three dancers on the stage, Leanne Stojmenov, Kevin Jackson, and Andrew Killian, but there was one body. One body caught up in the push and pull of memory.

When Stojmenov moved she was more than in tune with the movements of Jackson and Killian, they became one and the same. “The thigh bone’s connected to the hip bone” and Stojmenov was connected to Jackson, as she fell she was safe in the knowledge that she wouldn’t hit the floor. “The hip bone’s connected to the backbone” and Killian was a continuation of Stojmenov, a different facet of a whole. To me, I interpreted the movements as the struggle within the one body, as memories are reordered and erased by time, and the fluidity of joints begins to stiffen. The thigh bone is connected to the hip bone, but as we all know the body can’t dance forever, not quite. Best to shake it, morph it, steel fuse it like Patti Smith. Or Shakira. “My hips don’t lie [as Topp explains]…. I’ve only got a few more years of dancing left in this old bod so I would absolutely love to have a future in choreography.”1

And from “Little Atlas” a future in choreography is undoubtedly what she has.

At the coordinates 78°29’121 N 014°17’986 E, composer Ludovico Einaudi (for and with Greenpeace) performed “Elegy for the Arctic,” a call from the icebergs, a response on the keys, off the coast of Svalbard, Norway. And at latitudinal and longitudinal coordinates for Melbourne’s State Theatre,* in similar vein tap, Einaudi’s “Fly” and “Experience” enabled the heart to soar. As revealed in Topp’s choreographic note, by way of two greats, Joan Didion and Patti Smith, this was about our own stored memories and “our attachment to the way these things made us feel.”2 Fleeting time, we feel it in our bones. Transformation, while inevitable, is loss. But as Patti Smith (in her 2015 kaleidoscopic memory dance, M Train) best describes: “the transformation of the heart is a wondrous thing, no matter how you land there.”

The emotionally driven “Little Atlas” and Richard House’s “From Silence” were in contrast to the other divertissements presented as part of the Australian Ballet’s “Symphony in C” line up. Two new choreographic works harking back to the Bodytorque programme which nurtured new voices. The cool crystal thrills of George Balanchine’s streamlined “Symphony in C” (1947) cut into the warm heartbeat coaxed forward and encouraged to remain visible within both “Little Atlas” and “From Silence.” Ice sharp white against black night (“Little Atlas”) and that gasp-inducing, red skirt of cascading tulle some six-metres in length (“From Silence”), the contrast in means to achieve a similar effect: sheer awe. And pleasure. Every element within the Australian Ballet’s “Symphony in C” was pleasure driven; this is dance, and this too, and all of it is marvellous. Marvellous because it is varied, still forming, and timeless, no matter how you land there. Just as day and night appear on the same clock face, so too contemporary alongside classical. Two parts of a whole, in call and response; ice my temples, Balanchine, as you draw those geometric Crystal Palace shapes.

This is perhaps not about the contrast between traditional and contemporary after all, for it highlighted the brilliant modernity of Balanchine’s lines and ‘off balance’ choreography, and within the contemporary the link to classical was not just clear, but indispensible. When Balanchine asked dancer Suzanne Farrell if she could “touch [her] head to [her] knee?” one could also imagine House and Topp asking similar of Amanda McGuigan and Amy Harris. “Mr B asked, and everyone looked astonished; it was a weird, unorthodox, acrobatic thing to ask for in the middle of a very classical adagio. I bent down, put my forehead on my knee and mumbled—I was completely upside down—“Like this?” “Yes, like that.” He gazed at the effect for a moment—it looked wickedly impressive and beautiful, ever since ballerinas all over the world have been splitting their bodies in two directions…. With tradition and through tradition but never in spite of it.” 3

It was a joy to see Lana Jones return to the stage after maternity leave for the second movement Adagio and “Grand Pas Classique” with choreography after Viktor Gsovsky; how I had missed her coquettish prowess, precision, and spark! As befitted a delectable offerings showcase to display versatility and strength as a company, from Jones’ return peppered by Bizet by way of resident guest artist David Hallberg’s lyricism to Marcus Morelli’s soaring entrance as Actaéon. In choreography after Agrippina Vaganova and Joseph Mazilier, Diana and Actaéon have long leapt from Ovid’s Metamorphoses and Titan’s rendering. Though in such a costume, Morelli could well have been dressed by Titan, albeit one of Diana’s bathing companions. In a pale blue wisp of fabric it takes flair to pull off so little and dainty a piece, and flair in painted spades appears what Morelli has. Titian referred to his painting of Diana and Actaéon, one of six large mythology compositions, as being a ‘poésie,’ a visual equivalent of poetry, and this, too, fitted with this telling. Diana’s bow was but a prop to a bright flit of brilliant, jaw-dropping, ‘you show me yours, I’ll show you mine’ dance. Actaéon was far from being transformed by chaste Diana of the hunt (Karen Nanasca) into a stag who was later ripped to pieces by his own hunting dogs. The hounds were not even in the wings. And, for the purpose of the ride that was “Symphony in C,” that’s more than all right by me. A twinkling fast-footed grand finale, twirled me in the direction of home.

Next
An Original Alice