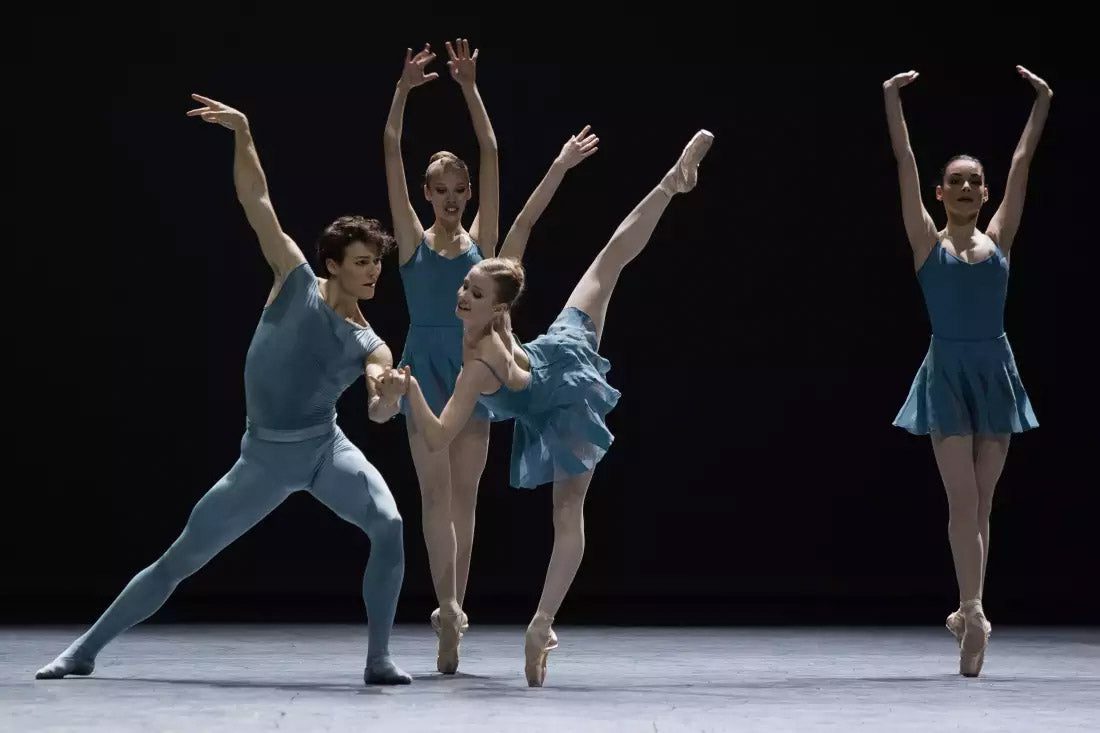 When the French-born but American at heart Benjamin Millepied took over the Paris Opera Ballet in 2014, he stated that the tri-centenarian company was aging in every way. Even though the troupe’s repertoire offered one of the world’s widest ranges of ballets, from Nureyev’s masterpieces and Lacotte’s reconstructions to Preljocaj, Teshigawara or Bausch’s iconoclastic works, the departing artistic director intended to dust off the supposedly stiff institution. Loudly and clearly. To start with, he nurtured a brand new generation of soloists in their early twenties, whom he brought into the spotlight: Léonore Baulac, Hannah O’Neill and Hugo Marchand. Then he drew a few much-in-demand choreographers in: Justin Peck, Christopher Wheeldon, himself and . . . the great maestro William Forsythe. Relying on James Blake’s vibrant electro-soul album The Color in Anything, Forsythe graced the “Millepied generation” with a tailor-made, electrifying, anthem which reads like a contemporary version of “Theme & Variations.” As always, Forsythe’s postmodern vibe was received with standing ovations and earned rave reviews in the press.

Once upon a time, Forsythe was at the vanguard of a radically new choreographic structure, his steps infused with a unique philosophy, millimeter-exact geometric shapes and dangerously off-center balances. Although he often resorts to contemporary patterns, Forsythe doesn’t lack the classical gene; he pushes Balanchine’s vocabulary to new extremes with sensuous hips-swaying, sharp attitudes and hyperextended arabesques. In that prolific context, “Blake Works I” is by no means revolutionary. Expect no high-voltage shock. Its structure is traditional Forsythe, topped with a delicate Parisian whipped cream. Influenced by the dancers’ elite education, Forsythe goes back to basics, returning to his ballet roots. Advertising the renowned petite batterie, delicate ports de bras and contrasted épaulements (all of them inherited from French royal times), which the company holds dear, “Blake Works I” bathes the dancers and the spectators in infectious bliss. The 25-minute ballet is Forsythe’s ode to the essence of the Paris Opera Ballet, as it turns out, smartly alluding to its courtly manners yet displaying an overview of its twenty-first century possibilities. “Blake Works I” strips the company down to its inner substance. Women wear the light blue leotards they were dressed with when they were POB schoolgirls. Men are clothed in sober grey blue unitards, their curly hair waving beautifully in the air. Forsythe’s Paris-flavored universe is also tinged with classical reminiscences of Odette’s adagio, Giselle’s wilis and Serenade’s ambiguous nymphs.

Surprisingly, Forsythe didn’t turn to his long-time associate Thom Willems. The music score he picked is made of 7 recent songs by James Blake. His is a minimal and sensitive electronic pop. Surely, such a nice but forgettable music won’t mark a milestone in the history of the company but every nuance of it has been translated into virtuoso and suitable choreography.

A bright daffodil-like blond, Léonore Baulac is obviously the focus of Forsythe’s attention there. Promoted to première danseuse last year, Baulac has the polite, radiant appearance of an angelic petite fille modèle but she’s proved to be almost entirely attracted to creations of our time. In “The Color in Anything,” she is dedicated a pas de deux with François Alu (off-stage partner for years) consisting of a suave ballade which highlights their physical contrast. Later on, “Put That Away And Talk To Me” gathers teasingly seductive dancers such as Roxane Stojanov (a name to remember) and Ludmila Pagliero (a fine étoile with gorgeous lines). But the best is yet to come with the bouncy song “I Hope My Life,” which invigorates the audience from the orchestra stalls to the amphitheater. The zingy rhythm is clearly ingrained in Hugo Marchand’s awe-inspiring dancing. His are Greek-god proportions, magnified by a strong technique and a powerful artistry. The Palais Garnier, which was built to match Napoleon III’s ostentatious tastes, turned into a fashionable nightclub within a few minutes.

Just as “In the Middle Somewhat Elevated” (1987) starred a new stunning generation (Guillem, Hilaire, Legris), “Blake Works I” plucks bold and young personalities, or “wunderkinder” as Forsythe would say, from the corps de ballet. Classy Roxane Stojanov, Pablo Legasa and Paul Marque herald a new dawn for the company. Fanny Gorse’s willowy figure with arms and legs for days also stands out, adding sophistication to Forsythe’s texture. Despite their technical brilliance, they are hungry for ground-breaking challenges. That’s why “Blake Works I” left me wondering: is there going to be a second opus? With Forsythe leaving Paris for Boston, a sequel is quite unlikely. Let’s hope out of sight won’t mean out of mind in this case.