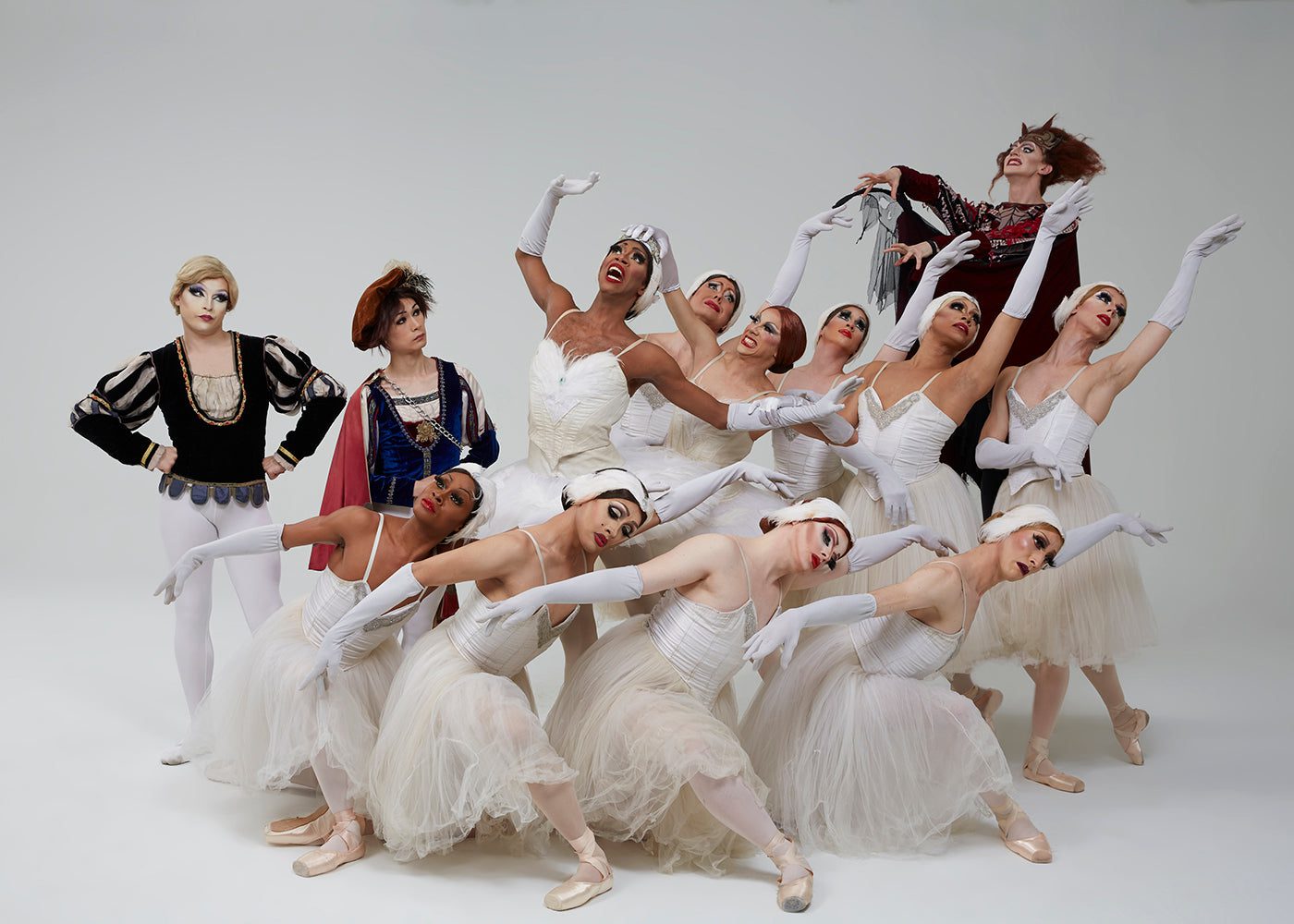 After the comfort-food programming of December, January tends to kick off with prestige offerings and new works. So it was unusual that the first dance show I saw in 2023 featured timeworn ballet standards like “The Dying Swan” and “Paquita.” These warhorses were being performed by the Les Ballets Trockadero de Monte Carlo, however, so they were not exactly pablum. And to be fair, I caught the Trocks in the third week of their run at the Joyce Theater; so this was, in part, feel-good holiday programming. But though the Trocks have been affectionately spoofing ballet en travesti since 1974, the jokes still feel fresh. That’s the beauty—and a flaw—of ballet: it really hasn’t changed all that much since the days of the Sun King. The dance world, however, has altered dramatically since the Trocks’ inception. Men have begun to don pointe shoes in mainstream companies and schools, and I wondered if the Trocks’ mockery would read as dated now. But their zany wit is as evergreen as the classics they were satirizing. And though the foundation of their humor is the fact that they are men on pointe, it is not the end of it.  They don’t just demonstrate how silly men look in pointe shoes and tutus, they show how silly everyone appears in pointe shoes and tutus. Their thesis is that ballet itself is ridiculous, and they are quite right. But they make their point with love, joy, and dedicated craftsmanship.

Also, slapstick, when executed well, is a timeless art. The Trocks, gifted comedians all, sell pratfalls and choreographed crashes better than anyone. And though they make astute jokes for balletomanes and professional dancers, the slapstick aspect is universal. You don’t have to know anything about Michel Fokine’s “Chopiniana” or “Les Sylphides” to be amused by the bored faces and eye rolls of the corps dancers flanking a diva soloist in the Trocks’ “ChopEniana.” Or to chuckle at the few sylphs who lay down and drift off to sleep during the principals’ long, slow pas de deux. The whole audience laughed when Nicholas Khachafallenjar (Haojun Xie) landed so heavily from his jumps that he knocked over everyone else onstage. And the Trocks’ literalization of Anna Pavlova’s signature “Dying Swan” solo is always a hoot. Helen Highwaters (Duane Gosa) was fantastic as the molting, ailing creature who started to panic and beg the audience for help when she realized her demise was imminent. What gorgeous long limbs she had too.

Some of the insider jokes were especially on point (pun always intended with the Trocks). I cracked up when a dancer on the outside of a big wheel formation dramatically hoofed it to stay in line, and when another started to overtly chassé on pointe instead of bourrée to make it around the stage. All those frustrating moments dancers have to camouflage were brought to the forefront, and it was hilarious. The situational comedy was also great, as when the three soloist women never quite knew how to arrange themselves around the lone male in “ChopEniana.” The spacing is always a little awkward in the real “Les Sylphides” too. And the divine Olga Supphozova (longtime Trock Robert Carter) was hysterical in “The Golden Tsarina”—which spoofed Russian character dancing, Balanchine’s “Scherzo à la Russe,” the “Firebird” Princesses, and every ballet in which a ballerina must wield a scarf and make it behave (hello “Bayadère” and “Raymonda”).

“The Golden Tsarina” was staged by the great Russian ballerina Elena Kunikova, a renowned teacher and coach, and you could tell. Every time a Trock bent over to the extreme, I could picture the bubbly Kunikova in class, exaggeratedly demonstrating her port de bras. She’s right, as always: it didn’t look preposterous, it looked good. Over-the-top presentation is a touchstone of both drag and ballet. And the abundance of natural overlap between ballerinas and drag queens was another point well-made by the troupe. The lashes, the sequins, the feathers, the eccentric footwear, the prancing and strutting: how different is a drag queen from a swan queen, really? Both use extreme artifice to transform into something they are not, all for the sake of aesthetic beauty and self-expression.

And the performativity of gender is crucial in both arts. Unsurprisingly, the Trocks’s most biting satire was reserved for the male characters—the “straight”-laced princes and squires. I was in stitches watching Khachafallenjar/Xie wander purposelessly around the stage in “ChopEniana”—just as Princes Siegfried and Désiré and Ivan do in “Swan Lake,” “Sleeping Beauty,” and “The Firebird.” Khachafallenjar/Xie was dead-eyed and hollow, as the writing goes for ballet princes, but he kept the shtick up even through the bows—where he still couldn’t focus on anything close to him and couldn’t find his partner’s hand while she was standing right next to him. So funny! It was a good gag when he entered for the pas de deux with a new wig of mussed and spiked hair too, but then lost it for his next entrance. What a great notion: the secret life of a ballet prince. What was he up to offstage? What do ballet princes do when they aren’t roving through the woods, aimlessly seeking some interspecies soulmate?

Ironically, the men seemed the most contrived when playing male roles. Khachafallenjar/Xie and Jacques d’Aniels (Joshua Thake) were real characters, and they were terrific. In “Paquita,” d’Aniels/Thake’s comic timing was impeccable, and he was a dead ringer for lanky former NYCB principal Sean Lavery to boot. On the other hand, the men playing women often just danced, focusing on their technique. Nina Enimenimynimova (Long Zou) and Varvara Laptopova (Takaomi Yoshino) both turned in refined, accomplished work. And the six “Paquita” soloists mostly danced the original—and fiendishly difficult—Petipa choreography. Laptopova/Yoshino, especially, proved her technical chops in “Paquita.” She only dropped her serious, prima ballerina mask to jest about the ineptitude of her partner d’Aniels and to throw in a double tour every now and then. But whether acing tricky steps or hamming it up, the men’s performances felt more honest and organic when they were in pointe shoes.

Starting 2023 off in the company of the Trocks turned out to be ideal. Though it feels criminal to see, and especially to dance, the “Nutcracker” after the ball drops in Times Square, the Trocks’ old school programming easily bridged the holiday season and the new year. At a time when resolutions and rebirth are in the air, the Trocks’ satirical yet loving take on classical ballet was a good reminder that we can and must aim for better, but we cannot escape or deny the past. The art of ballet is inherently flawed, but we can look to the Trocks’ example of acceptance and inventive adaptation. Critical examination combined with humor is one of the most powerful agents of change.

Previous
Dancing All Over Town with Heidi Duckler

Next
Why Dance Matters