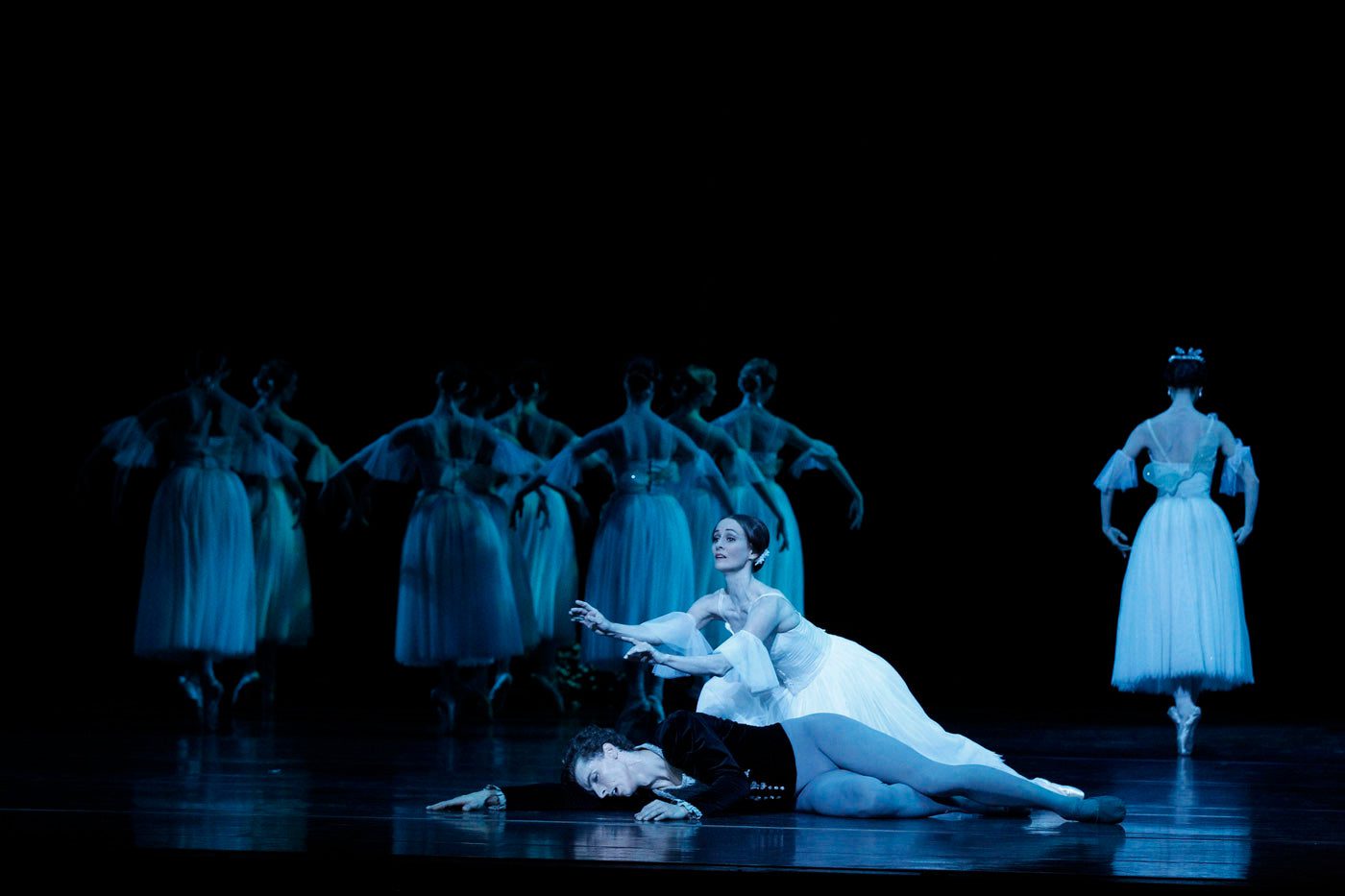 No Rest for the Wilis

Their cheeks had the satin frost-glow of the moon;
Their eyes the fire of Sirius.
They circled, and droned a monotonous tune,
Abandoned to love delirious.
–George Meredith, Phantasy, 1861

On Tuesday evening there were two stories unfolding on the stage of the State Theatre: “Giselle’s” timeworn story of love, betrayal, sorrow, and redemption; and dancing Giselle in her second-last Melbourne performance in a title role before she retires, principal artist Madeleine Eastoe’s farewell.

It is impossible for me to read one story without awareness of the other.

Eastoe, who joined the company in 1997 as a graduate from the Australian Ballet School, was promoted to principal artist in 2006 during her debut season in “Giselle.” In a considered loop, Maina Gielgud’s production of “Giselle” premiered in Adelaide in 1986 and it will be in Adelaide, in early July of this year, that Eastoe will retire from the stage. Throughout her career, I have been charmed to see her perform Juliet, Odette, Manon, Cinderella, Clara, and temple dancer Nikiya, amongst others.

We see not only the character Giselle up there upon the stage bound in her heartache, but Eastoe saying goodbye to all of us seated in the audience, her peers, and perhaps her own, like Giselle’s, love/experience of dancing. Thanks to Eastoe’s refined ability to completely embody a character, I was both swept up in Giselle’s story, whilst at the same time saying thank-you to a beloved artist. Nestled alongside this sensation, I was also keenly aware that this was something I was very fortunate to consider my self a part of.

“Giselle’s life is very short on the stage; she dies at the end of act I, and the second act is her mythical side, her spirit. So you only have the first act to get her personality out there, and there’s no time to warm into it; you have to be right there from the start, ready to go through the ups and downs, her happy-go-lucky side, her fragility.

Technically, the hardest part of the second act is taking out the life out of your arms. Because you’ve got this beautiful long tulle skirt on, you can still work your legs as you normally would, but your upper body has to look like a feather or a swirl of wind…. Every move you make needs to appear as if there’s a trail on the air behind you.”1

From the ghostly shadows of “La Sylphide,” for me, “Giselle” is the perfect embodiment of the Romantic era for the strong contrast between act I and act II. Heightened by Adolphe Adam’s composition that launches you from village folk dance to a state of ethereal wonderment, it is the very boldness of this contrast between day and night, light and dark, the human world and the supernatural, which I especially responded to. We begin in the earthly world, but we end in the spiritual world and remain there until the curtain falls.

Drawing upon Victor Hugo’s poem Les fantômes (from Les Orientales, 1828), in which a young girl attends her first ball only to catch her death as she returns home at dawn, “Giselle” from the outset is awash with “betrothed maidens over-fond of dancing.”2 The Wilis forced nightly from their graves by their unfulfilled desires are a perfect illustration of the Romantics’ belief that love was stronger than death. And they are all that is synonymous with the second act, which took place in the spirit world of Robyn Hendricks’ merciless and steely Queen Myrtha. “Giselle’s” librettist, the poet and art and literary critic, Théophile Gautier, together with Vernoy de Saint-Georges, sought to embody Heinrich Heine’s own description of the unearthly Wilis, ‘over-fond of dancing.’ In Heine’s 1835 account in De l’ Allemagne (On Germany) he wrote what is in effect act II:

“There is a tradition of nocturnal dancing known in Slav countries under the name of Wili. The Wilis are affianced maidens who have died before their wedding-day; those poor young creatures cannot rest peacefully in their graves. In their hearts which have ceased to throb, in their dead feet, there still remains that passion for dancing which they could not satisfy during life; and at midnight they rise up and gather in bands on the highway and woe betide the young man who meets them, for he must dance until he drops dead.

Attired in their bridal dresses, with garlands of flowers on their heads, and shining rings on their fingers, the Wilis dance in the moonlight like Elves; their faces, although white as snow, are beautiful in their youthfulness. They laugh with a deceptive joy, they lure you so seductively, their expressions offer such sweet prospects, that these lifeless Bacchantes are irresistible.”3

Indeed, in Gautier’s letter-to-Heine-cum-review of the first performance of “Giselle” (published in La Presse, July 5, 1841) he wrote: “The second act is as exact a translation as possible of the page I allowed myself to tear out of your book.”4 With nature ever resplendent in all Romantic works, the Australian Ballet’s staging of “Giselle” served, too, as a (love) letter to human emotion and the “misty, nocturnal poetry, that fantasmagoria,”5 the supernatural. Like George Meredith’s dreamer-as-narrator in his poem, Phantasy, inspired by the ballet, it surrounded the audience with “a wreath of languid twinning girls…. Abandoned to love delirious.” And like Meredith’s dreamer, Kevin Jackson, in his debut as Albrecht, was rescued by the morning’s light, when “the Wilis droop and collapse in the bright rays of the sun.”6

In light of Eastoe’s announcement to retire now forever netted to “Giselle’s” spectral maidens, I like to think I saw an extra flicker of considered clemency in Hendricks’ beguiling and truly imposing Queen, as Eastoe entreated her to spare Jackson. It was present in Jackson’s aching tenderness, a twice-laced awareness of something wonderful coming to a close. This recognition was poured into and made a part of the ghostly Wilis / corps as they were forced with backs turned to listen but not see Eastoe and Jackson’s pleading duet that felt as if it had always been, and hoped would always continue to be. It was present in former principal artist, and one of the great Giselle’s, Bolte’s heartfelt consoling of Giselle/Eastoe as she unwove her hair, in “a lovely full circle.”7 And it was there as Juliet Burnett, as one of Giselle’s Friends, clasped her hands to her face in show of shared grief during the famous mad scene.

Such beguilement by moonlight! Keep the dawn at bay! Under a fine gossamer veil, in bid to savor the ‘ballet-fantastique,’ it is there that I choose to stay.

Previous
The Boy Should Always Meet the Girl

Next
The Body Politic