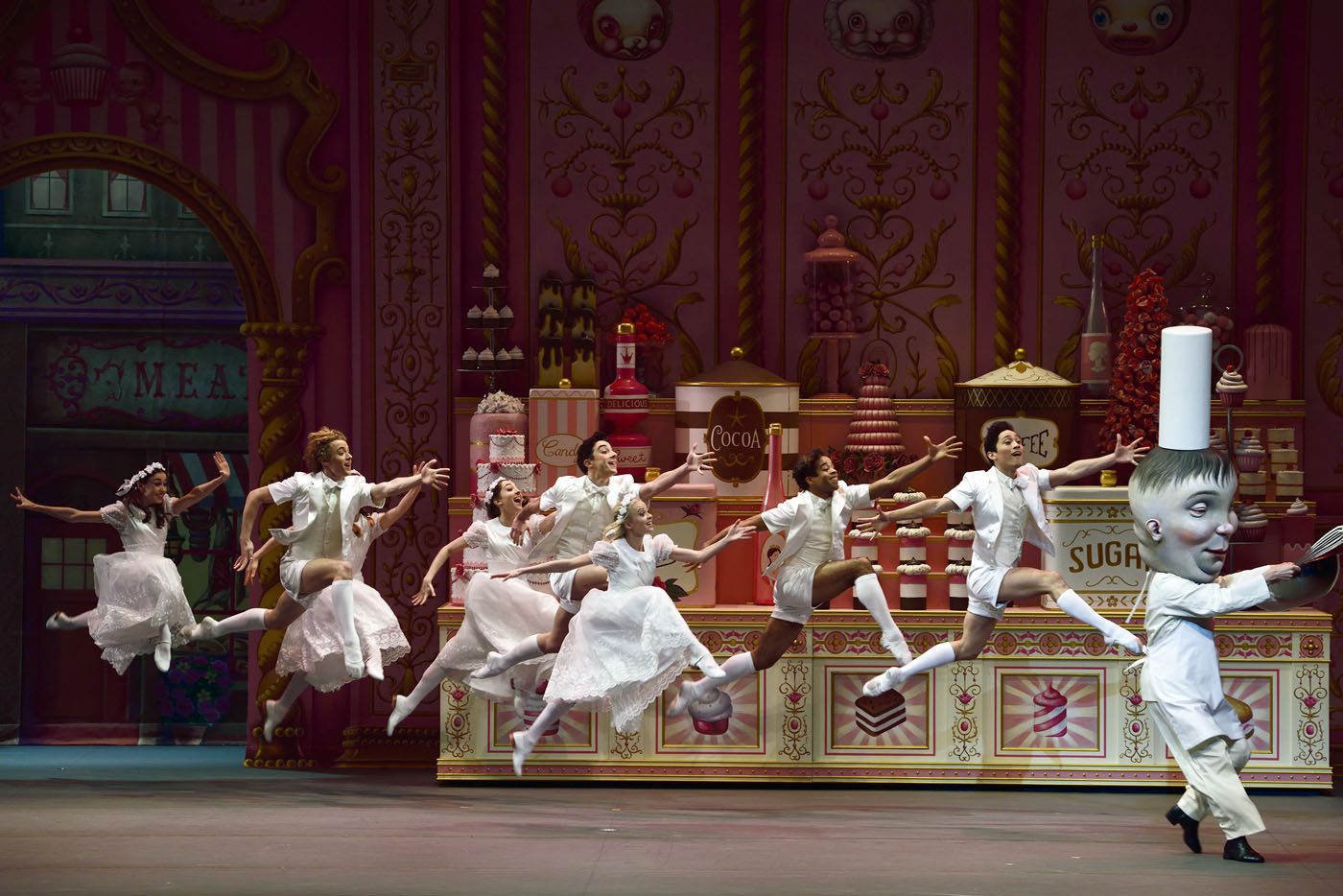 Two new ballets created by Alexei Ratmansky were unveiled by two major ballet companies in New York this spring season: New York City Ballet premiered “Odessa” during Here/Now Festival at the David H. Koch Theater; and American Ballet Theatre presented “Whipped Cream” at the Metropolitan Opera House. (This was a New York premiere of “Whipped Cream.” The ballet was first performed by ABT in March at the Segerstrom Center for the Arts in Costa Mesa, California.)

Both pieces are decidedly contrasting from each other. “Odessa” is a short, stark, and poignant piece that evokes the vibrant yet doomed life of Odessa and that city’s illicit underworld in post-revolutionary Russia. (I look forward to writing about “Odessa” for this publication in October, when the company brings it back to the repertory for its fall season.) “Whipped Cream,” on the other hand, is an evening-long opulent extravaganza with spectacular scenery and costumes—a hilarious comedy about a little boy with a sweet tooth who finds himself in a fancy Viennese pastry shop.

Their obvious differences notwithstanding, both pieces are similar in their impeccable choreographic concept and realization, confirming once again that Ratmansky is a dance-craftsman of unparalleled skill, depth, and versatility—confident, uncompromising, and willing to explore some of the most improbable terrains when it comes to creating new work.

Music is a fundamental part—and a driving motor—of Ratmansky’s creative process. Blessedly, he has an impeccable music taste, as well as a desire to go far and wide to discover true musical gems.

His “Whipped Cream,” the highlight of ABT’s spring season at the Met, is a happy resurrection of Richard Strauss’s long forgotten score, which the German composer wrote for “Schlagobers” (“whipped cream” in German)—a short-lived ballet choreographed by Heinrich Kröller for the dance troupe of the Vienna State Opera in 1924.

Ratmansky’s first choreographic attempts (there were two of them) at “Whipped Cream” took place nearly 20 years ago. Most interestingly, he created a miniature piece for four dancers, casting himself as the topping of the title, and his wife, Tatiana, as the Little Boy. The other two members of the cast were Anna Plisetskaya in the role of the boy’s mother and Vitautas Taranda in the role of the waiter, with the action taking place in a small café. (There is a video of this work on YouTube. Despite its low resolution and poor quality of filming, you can pretty much get the idea. The ballet is witty and funny and vividly showcases Ratmansky’s outrageous sense of humor and his penchant for comedy. Plus, this is a rare chance to see him in action as a dancer in his own work. As the title character, in a puffy white costume, decorated with what looks like petals, he seems part swan, part le Spectre de la rose and dances with equivalent manners: beating legs, curving torso, fluttering arms.)

There is nothing “miniature” about Ratmansky’s two-act production of “Whipped Cream” for ABT, however, except for its slim plot. “The story is almost nothing; it’s not exactly Tolstoy,” the Russian-born choreographer quipped in one of his interviews; and what happens onstage during the two acts can be summarized as follows: A young boy celebrates with his friends his first communion in a luxury confectionary store and overindulges in sweets (whipped cream is his favorite and he eats it directly from a big jar with an oversized spoon). He gets ill from overeating and is taken on stretcher to a hospital by an ambulance crew. Meanwhile, in the pastry shop the celebration continues as all manner of sweets—sugarplums, gingerbread men, marzipans, together with tea, coffee, and cocoa—come to life. Act I culminates with a sweeping ballet blanc as 16 female dancers swirl around the stage to evoke the fluffy dessert of the title. In the second act, the boy is attended by a spooky-looking doctor and a battalion of nurses armed with huge, weapon-like syringes and things are not looking good for the child. Yet, as if by magic, a festive parade of wondrous characters and creatures enters his sick room and a beautiful Princess Praline, who leads the procession, whisks him away to her jolly Sweet Kingdom, where the celebration shifts to a higher gear.

A mélange of high and low art, Strauss’s music for ‘Whipped Cream,” with its lyrical strings and thunderous brasses, somber dissonances and jovial waltzes, is a tour de force in its own right. The same can be said about the lavish and breathtakingly detailed designs and costumes created for this production by pop-surrealist artist, Mark Ryden. I very much doubt “Whipped Cream” would deliver the same visual impact if not for Ryden’s brilliant work. The artist, whose signature style mixes “themes of pop culture with techniques reminiscent of the old masters,” populates the ballet with a vibrant, eccentric, and downright bizarre crowd of characters from assorted sweets and alcoholic drinks to probable and improbable animals to children and adults. The set decorations, particularly meticulously rendered backdrops depicting a town church, a confectionary shop, a dreamworld of whipped cream, and a Baroque-style plaza, will surely take your breath away.

Ratmansky brings to life Ryden’s phantasmagorical world, devising movements—thoroughly classical yet wonderfully original, humorous, and humane—and giving unique character to each and every personage; and the ABT dancers absolutely reveled in their parts, no matter how big or small, dancing with skill, artistry, and a perfect comic timing.

The boyish and spritely Jeffrey Cirio looked natural in the role of the Boy. He was unstoppably rambunctious and gluttonous in the candy store in the ballet’s first act and genuinely frightened in the hospital, in the care of the scary doctor (Alexei Agoudine, sporting a huge realistically-painted head) and his army of nurses in the second act.

The eloquent Hee Seo beautifully rendered her role of Princess Tea Flower, her romantic duet with Prince Coffee (Cory Stearns), together with the exquisitely choreographed septet for her attendants and his guards, made for some of the most memorable dancing moments of Act I.

Misty Copeland was utterly impressive and technically adept as Princess Praline, taking the spotlight in the second act. To watch her entrance, atop of a four-legged Snow Yak, as part of a spellbinding procession of whimsical characters, alone was worth the price of admission. The whole story culminated in a dazzling finale, with all participants flooding the stage with vivid color and sparkling movement—the kind of conclusion that sends you home with adrenaline rush and a smile.

In all, this “Whipped Cream” proved a delicacy. The music delighted; the designs surprised and overwhelmed; the choreography enchanted and entertained. Next season, ABT brings “Whipped Cream” to the Kennedy Center for the Performing Arts in Washington, D.C. I can hardly wait.