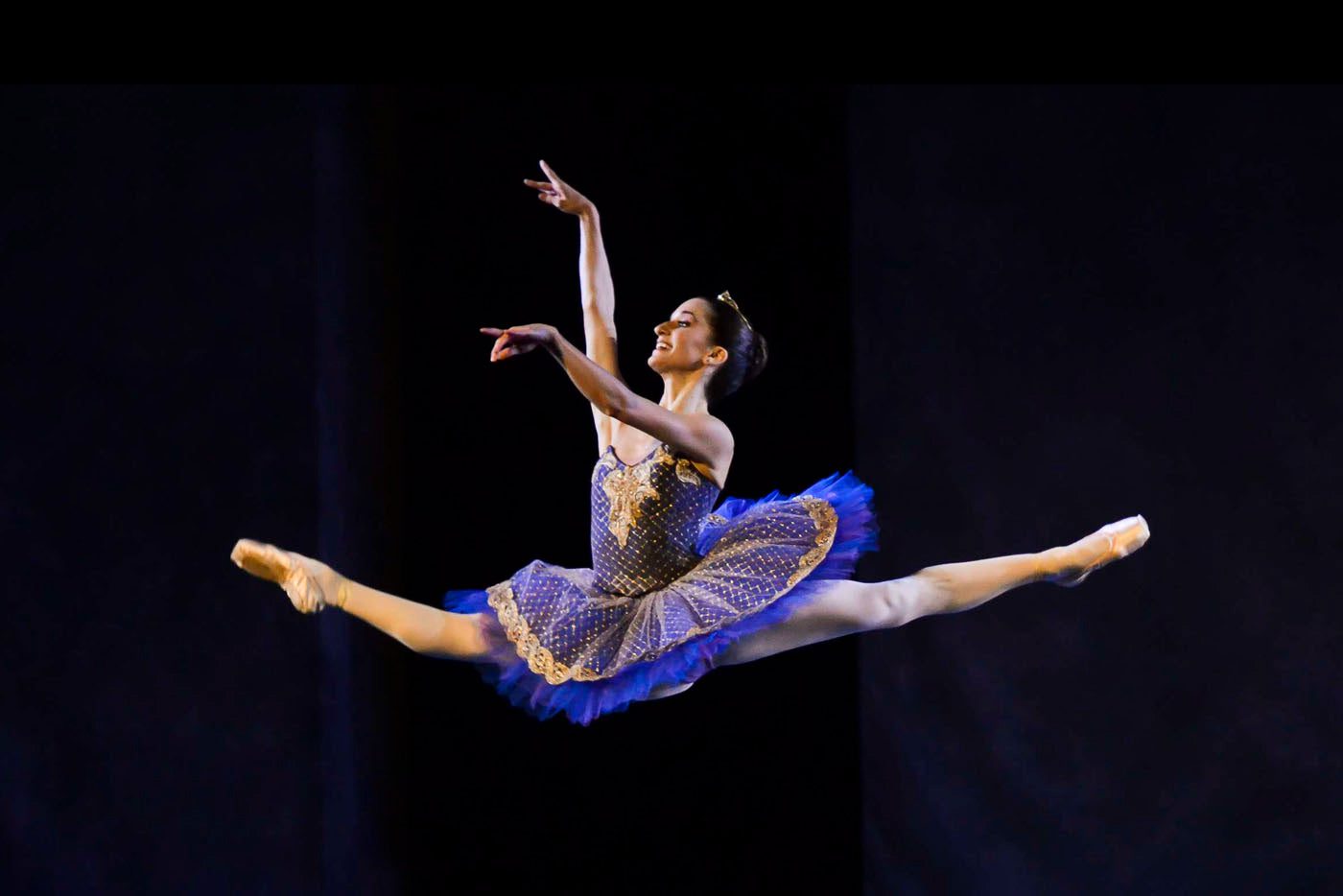 Young Stars on a Summer Night

At the Roman Amphitheatre in Fiesole, a town on a hill that dominates Florence from above, the sidereal luminosity of a cloudless night, married with the soft (for once) hum of the cicadas and the breathtaking roman and etruscan stones reminiscent of classical artistic glory, provide the ideal setting for a dance gala.

Thus, artistic director Alessandro Bigonzetti—former dancer at Florence Opera Ballet, Rome Opera Ballet and La Scala (to name a few) and current professor at Balletto di Toscana—chose the place to match the cosmic firmament with the freshness and newborn radiance of some of the most prominent Italian rising stars in international ballet, most of whom are former La Scala Ballet Academy students ‘making it’ abroad. Reputed as an excellent ballet school, La Scala Academy is enjoying a period of international splendour, as it ‘exports’ talents more and more. While this is excellent news per se, it also casts a legitimate doubt over the milanese opera house’s ability to invest in its own homegrown gems to the point of giving them the chance to grow as soloists (with few notable exceptions). In any case, the show was an enjoyable and varied gala evening palette and a great occasion to see how the international experiences are influencing styles and enhancing artistic personalities.

A rather long overture, dedicated to students from various Italian ballet schools, was marked by La Scala Academy with a regal performance of Petipa’s “The Nutcracker” pas de deux, as well as by Khorovodarte Dance School from Mirandola (a town in the province of Modena) with “Temporale,” a neoclassical piece—set to a haunting and hard-hitting score by Nathan Lanier—highlighting some promising girls, whose elongated limbs, rather secure and poetic extensions and a laudable scenic presence compensated for the lack of originality and the excessive ‘athleticism’ in the choreography.

Next, La Scala’s Stefania Ballone inaugurated the gala with a stunning interpretation of the stepmother solo from Mauro Bigonzetti’s “Cinderella,” a creation that opened the season in Milan last December. Dressed in a superb costume by two-time Oscar nominee Maurizio Millenotti that makes the most cruel mother in fairytales look like a character from the darkest Tim Burton film (with a very Queen of Hearts geometry and pantomime), Ballone frantically dominates the stage with twitchy, psychotic off-balance movements and some schizophrenic leg and foot work that, although perfect for the character and characterised by an intelligent use of Prokofiev’s music, reveal a superficial modern take on classical dance and a certain derivativeness. Nevertheless, the result was brilliant and one of the highlights of the evening, though this was mostly down to Ballone’s talent. In the hope of being able to evaluate the full-length (apparently controversial) ballet, we rest our case, for now.

The evening further resulted in a precious opportunity to see the Dutch National Ballet at work and as predicted, the company did not disappoint. Giovanni Adriano Princic, member of the HET Junior company since 2015, is a tall dancer with princely elegance and lightness. Despite being very young, he already displays an impressive versatility, as he puts his qualities at the service of Eric Gauthier’s “Ballet 101,” an étude presenting over a hundred different ballet positions in a row to later ask the ‘demonstrator’ —Princic—to perform mashups of them, in a vast array of academic and less orthodox movements performed at an increasing speed, until Princic’s body falls apart and the shuttle, figuratively, takes off (as the sound effects seem to suggest). It takes a tremendous amount of lightness, stamina but also irony to entertain in such a non-obvious, fake-simple piece and Princic sparkled with freshness, succeeding in charming the audience.

Later in the evening, he formed a magnetic, fluid and complicit couple with Emilie G. Tassinari, currently élève at HET, in Ernst Meisner’s “Embers.” The 2013 creation, together with the remarkable “Replay” by Ted Brandsen (which Tassinari danced with Cristiano Principato), is emblematic of the essence of Dutch contemporary ballet pieces, conducted by the fil rouge of a minimal modernity, dense with profound intimacy or melancholy and, style-wise, possibly inspired by Kylián’s approach. Tassinari’s beautiful extensions and footwork are magnified through the lens of the abstract long poses and lifts marking the two dutch pieces, particularly “Replay,” a 2014 creation set to a rearranged version of Philip Glass’s mysterious music for The Hours abstractly and seductively pulling the two dancers—Tassinari and Principato—closer, then apart, then closer again to avoid the imminent parting, until the final separation, hanging upon them like a sword of Damocles of superior origins since the beginning, inevitably occurs. Here is hoping that HET Nationale Ballet will consider a proper lunar landing on this part of Italy, in the future.

Disappointingly, Francesco Leone from Bayerische Staatsballett failed to top the level of his colleagues. While his Gopak vibrated with strength and red-flamed vigour (as well as trousers), his very imprecise manège in “La Bayadère” failed to deliver the beauty of Solor’s famous variation from the third act. The dancer probably just needs more time to grow and be n control of his undeniable qualities.

Dulcis in fundo, to close the show came the splendid Sara Renda, who casted a spell on everyone with a nearly impeccable performance of the pas de deux and coda from “Le Corsaire,” in partnership with Neven Ritmanic. Promoted to étoile at the Bordeaux Opera Ballet by Charles Jude in 2015, Renda, yet another La Scala Ballet Academy graduate, is becoming an emblem of the artistic finesse ‘made in France’ and particularly dear to Charles Jude. Her style, in fact, is polished, refined, simple and ever so elegant, making the most complex of tours look effortlessly chic and somewhat marked by the calmness of otherworldly grace. In “Le Corsaire,” her approach is not of the explosive variety—instead, her force, which is there and is evident, is almost purposefully ‘inward,’ peculiarly ‘introverted,’ yet none the less iron-like. The end result is of the utmost, regal class. Next to her, Ritmanic is a prince en devenir, who securely holds and lifts Renda while enchanting on his own with spectacular, clean manèges and vigorous, light jumps. It is legitimate to expect great things from him in the nearest future.

With Renda and Ritmanic closing the gala with the simple, grandiose finesse only french companies can deliver this way and with the audience asking for more, Alessandro Bigonzetti can be proud of himself for having organised a beautiful and interesting show rich in fresh and malleable talent. These young artists, despite still having a lot to discover about themselves and their art, are already shining high in the sky . . . and not just that of Florence.

Next
A Tricolore Anthem