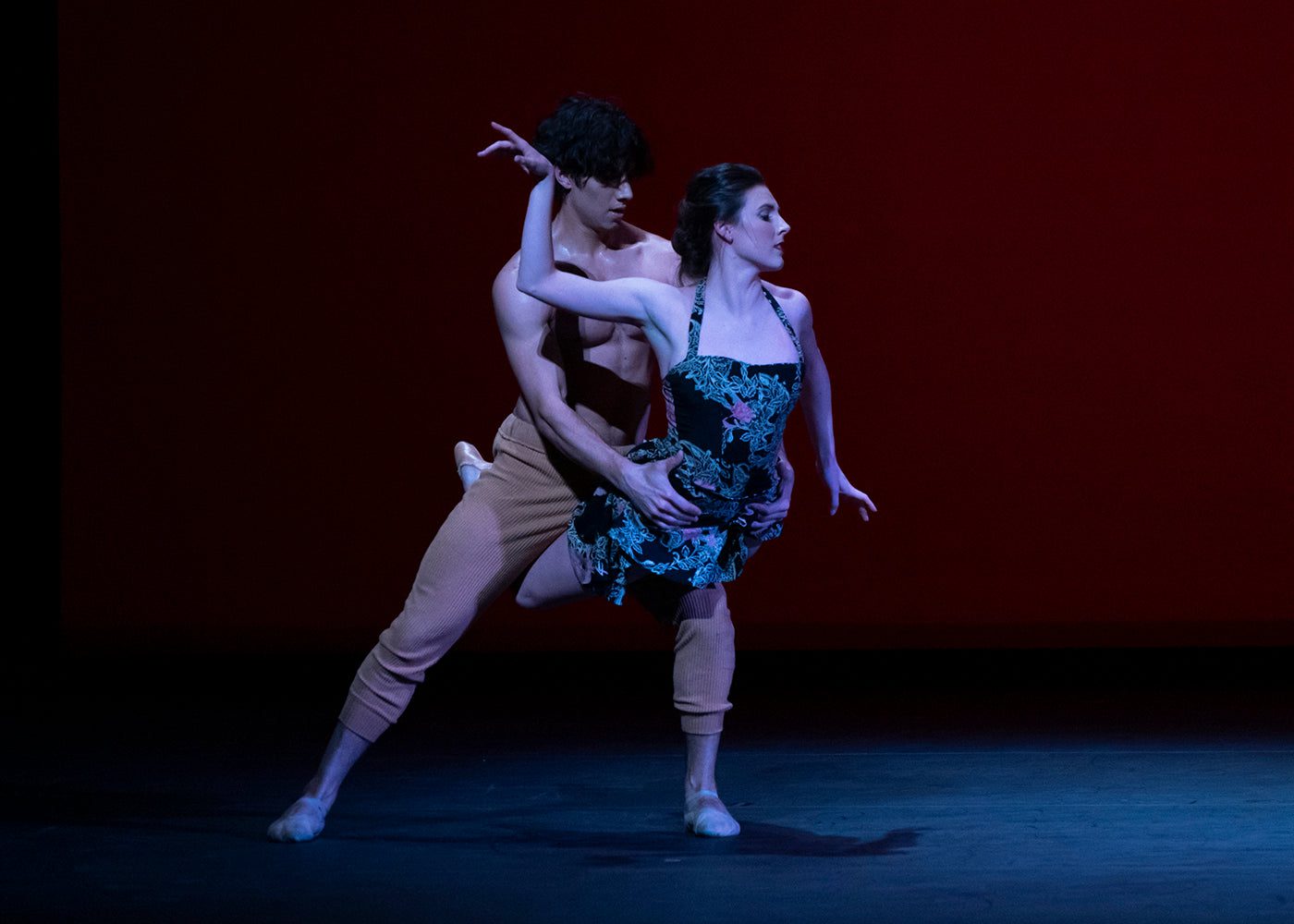 Twyla Tharp is 80-years old this year, and even with an epic, half-century dance career behind her, the legendary choreographer is just as busy as ever. Throughout the pandemic, Tharp has been hard at work experimenting over zoom; recently, she stepped back into the studio to work with lead dancers from American Ballet Theatre, New York City Ballet, and Alvin Ailey American Dance Theatre, as well as a group of young dancers she hand-picked, to create “Twyla NOW,” a program that matched two world premieres with two older pieces from the choreographer’s vast repertoire in celebration of her birthday.

Tharp described “Twyla NOW,” which ran Nov. 17th through the 21st at New York City Center, as being “about time.” This is a double entendre after a year of quarantine-dancing to express a theme which reflects Tharp’s own history, her present, and her hope for the future.

The first three pieces on the program were duets, two of which were based on pieces originally danced by Tharp, herself. “Second Duet,” which came second on the program and was danced by ABT stars Cassandra Trenary and Aran Bell on Saturday afternoon (Jacquelin Harris and James Gilmer of the Alvin Ailey company performed it for alternating shows), was the first world premiere based on a series of duets that Tharp created with Kevin O’Day in the early 1990s. Opening with percussive, contemporary expressionist music by Thomas Larcher (performed live by Stephen Gosling and Gabriel Gabezas on piano and cello, respectively), the piece depicts the many existing dynamics between a man and a woman.

Early in the piece, the dancers signal a romantic, sexual relationship in sensual movements of the hips and pelvis. That relationship quickly comes into question as the dancers become more playful and competitive, childlike as brother and sister. When the second piece of music, a recording of Cole Porter’s “Do I Love You?” sung by Aztec Camera in ’80s angst, began, Trenary and Bell really started to hit their stride. Tharp says the piece is very “human:” developing the movement with O’Day was an improvisational process, meaning many of the ideas came about spontaneously. While in the first half of the piece Bell and Trenary were more placed and balletic (they are ballet stars, after all!), with movements clean and intentional, the second half revealed a different approach. By the end of this hyper-athletic duet, the two were visibly exhausted. Thrusting themselves into and onto each other, they no longer cared about how they looked but allowed instinct, gravity, and chance to take over. Ending powerfully yet gently, panting and sweating, they each took on the role of caretaker. One would fall and be caught; the other would give in to be held.

Following this duet was “Pergolesi,” a duet Tharp first performed with Baryshnikov in 1992. By the time this piece premiered for the iconic duo’s “Cutting Up” tour, Baryshnikov was 45 and Tharp was 51. By that point in their careers, the two dancers had already “been there, done that” when it came to the groundbreaking and super virtuosic. Thus, this duet is neither: it is a cool, funny little dance, a duet full of personality and wit with the dancers competing and playing off of each other.

Stepping into the jazz shoes of Twyla Tharp and Mikhail Baryshnikov is one of the tallest orders ever made, but Tharp truly picked the perfect pair to recreate her “Pergolesi.” Much like the original dancers, Robbie Fairchild and Sara Mearns have also reached points in their careers where showing off technical virtuosity is not always necessary: Both have reached principal rank at New York City Ballet. Meanwhile, Fairchild has moved on to become a Tony-nominated performer on Broadway and West End; Mearns, who continues her career at City Ballet, has recently come to acclaim for her restaging of pioneering modern dance works by Isadora Duncan and Merce Cunningham. For “Pergolesi,” Mearns took on the role of Baryshnikov while Fairchild revisited Tharp’s. Lightheartedly, they made fun of their prima ballet careers (holding stiff landings after pirouettes), themselves (showing dizziness after turns), and each other (while Fairchild does a series of leaps around Mearns, she bends down to adjust her pants). It was a delightful showcase of dance play featuring two excellent players.

The program concluded with “All In,” an entirely new piece that featured the whole cast as well as six young dancers from New York City and across the United States. “All In,” which is set to Brahms, keeps the same pairings of dancers within a group setting, and alludes to the previous dances. Though Tiler Peck and Roman Mejia now danced lyrically, we still saw hints of the flexed feet and nimble footwork from their opening duet, “Cornbread,” a piece from 2014 set to music by the Carolina Chocolate Drops. Similarly, we see some of the daring moments from “Second Duet” reflected in the young ensemble, who dance behind the principals, dressed in black shorts and white tops (costumes by Santo Loquasto, who did all the costumes for the program).

Though “All In” was the finale, it didn’t come with the noisemakers and confetti I had expected. Brahms’s Opus 120, which was performed by Gosling on piano and Agnes Marchione on clarinet, is a nostalgic, almost bittersweet piece. The dancing is softer and gentler than the previous pieces to match the music, with several touching moments: At one point, Mearns and Fairchild dance together again with their same swagger and charm; now, however, they look a little more earnest, and at the end, rather than taking a bow together, they end up parting.

Jacquelin Harris and James Gilmer appeared for the first time this afternoon in the finale. With great spirit and poise, they lovingly watched the ensemble who displayed Tharpian moves mixed with vocabulary popular in today’s contemporary and competition dance (many of the young dancers are from competition backgrounds). Though it could be said the theme of past-present-future was overstated—current stars literally making way for the next generation—there was something quite poignant about the idea of Tharp opening up her stage and choreography, much of which she used to dance, herself, to such a group. With lovely, sentimental partnering and group phrases, “All In” was generous. It spoke to Tharp’s past while holding up the present and future. Above all, it radiated gratitude: for Tharp’s own life and career, for the dancers she has worked with, and for those who she hopes will carry forth her legacy.

And what is that legacy, exactly? To look at her diverse career, it really could be anything. However, as the title of her most recent book suggests, there is one thing that remains most important. No matter what it is you are doing: “Keep it moving.”