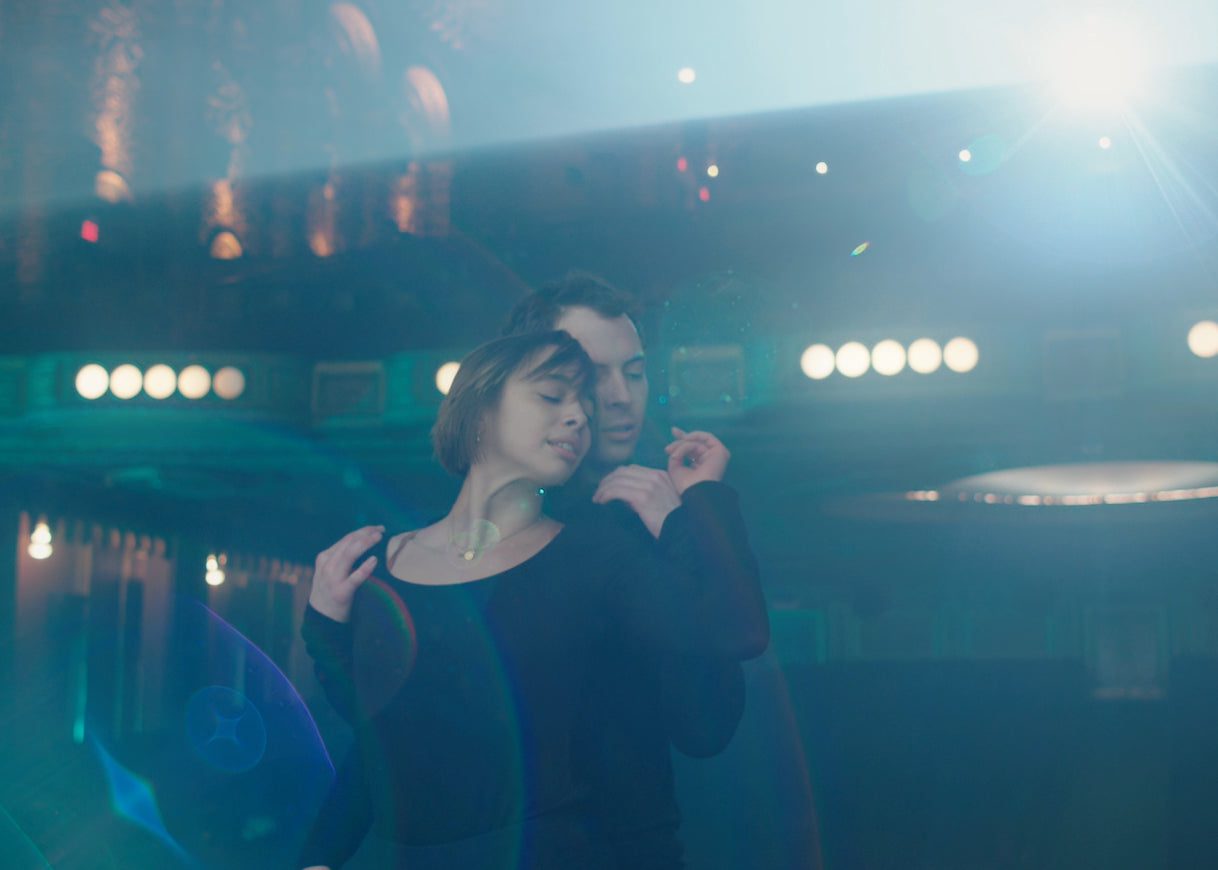 The video follows two dancers in one long shot, as they relay the feeling of falling in love and being soulmates. Filmed in just thirty minutes at the end of the official shoot, Moreno’s cut focuses on the dancers, seen only as silhouettes in the official version, and highlights their technical prowess and chemistry. Using the original choreography as a basis, Moreno’s cut delivers a spontaneous, raw and emotional performance.

Though just 26 years old, the Spanish L.A.-based director has worked with some of the top names in the entertainment industry, including Paris Hilton, Andrés Calamaro and will.i.am. and his work has been selected internationally for events such as MTV Dance Australia, Soundie Music Video Awards, Berlin Commercial and Aesthetica Short Film Festival. I reached out to J.A. Moreno to find out more about what inspires him as a director, and how “2 in a Million” director’s cut came to be.

What inspired you to shoot this director’s take of Two in a Million?

We ended up with thirty minutes to spare at the end of the official shoot. I had the option to either wrap things up slowly or make the most of what was around me and shoot one last version. I mean, with such great dancers on set I couldn’t just let them walk away!

Where was it shot and who are the dancers?

It was at the iconic United Palace in New York, one of the largest and most charismatic theatres in Manhattan. The dancers are Emma Caymares (original cast for Finding Neverland and Charlie and the Chocolate Factory) and Tyler Schnese (German Stage Prize nominee for his interpretation in Tim Plegge’s “Kaspar Hauser”), two experienced dancers both currently working on Broadway.

It’s shot in a single take—how did you capture it?

With only 30 minutes to spare at the end of the official shoot, I quickly realised that the only option was a single take. Once we set everything up and explained to the team what was going to happen, we actually ended up filming two single takes without any cuts. In reality we didn’t even need the second take, as the dancers nailed it the first time round.

We wouldn’t have had time to come up with a completely new choreography. So, I just told the dancers to focus on one another, to use the original set of movements as a base and to prioritise their emotions over trying to get everything perfectly synched. With the camera work rotating around the dancers, our amazing steadicam operator Calvin ended up becoming the third dancer. For example, he was able to add an additional element of intimacy by getting closer to the two performers at specific parts of the song.

Did you expect to release this as a ‘director’s cut’?

I did. Right after watching what we shot I shouted: “Team, here you have the director’s cut of the music video.” It was all rather spontaneous, but sometimes you just have to go with your instinct. The chemistry between the two dancers was very strong, so I wanted to make the most of it.

When did you move from your native Barcelona to L.A. and was it a leap of faith?

I moved to L.A. two years ago and it was an absolute leap of faith. I hardly knew anyone there, but I’ve always been quite sociable. I enjoy meeting new people and taking this step didn’t scare me.

It’s true that those rushing through a red light are more accident-prone. But they also get across faster. I’m not saying you have to be a complete rebel, just that it’s good to get out of your comfort zone and take risks. This has definitely been one of the most important decisions of my life.

What draws you to music videos in particular and what do you want to impart?

I do love music videos for their creative freedom. Especially in relation to more commercial work. Also, being able to work on a different project every month means always having something new and exciting to look forward to.

But let’s remember that even though music videos do allow for more creative ways of working, it’s not complete freedom. You are bringing a vision to life for an artist and they have to like it. It’s a conversation, it’s about meeting halfway. That’s why it’s critical to connect with the artist the very first moment you start working with them, as this leads to a long-term creative relationship.

How would you describe your style?

I love cinema. I don’t watch series, TV shows, or YouTube channels. You could say that what I primarily consume are movies and music videos. I’m particularly fond of independent cinema (Cannes, Berlin, Sundance . . . ) and European aesthetics. This is what my style has been built on. I always look to bring elements from the movies I’m inspired by into my projects—that means giving them a cinematic, elegant, symmetrical and almost minimalist touch. This is combined with an underground aesthetic, something I’ve developed over the years also by working with musicians such as Steve Aoki.

Who would you love to work with?

Somehow, I’ve always wanted to do something with Selena Gomez. I have some ideas already as to the type of music videos that would be interesting to work on together, so let’s see!

Do you have favourite music videos that have inspired you?

People know me as the “reference man.” I know plenty of music videos and movies, but if I had to go to a desert island and could only watch three videos for the rest of my days (one just isn’t possible), I would tell you:

Next
Close to the Sun