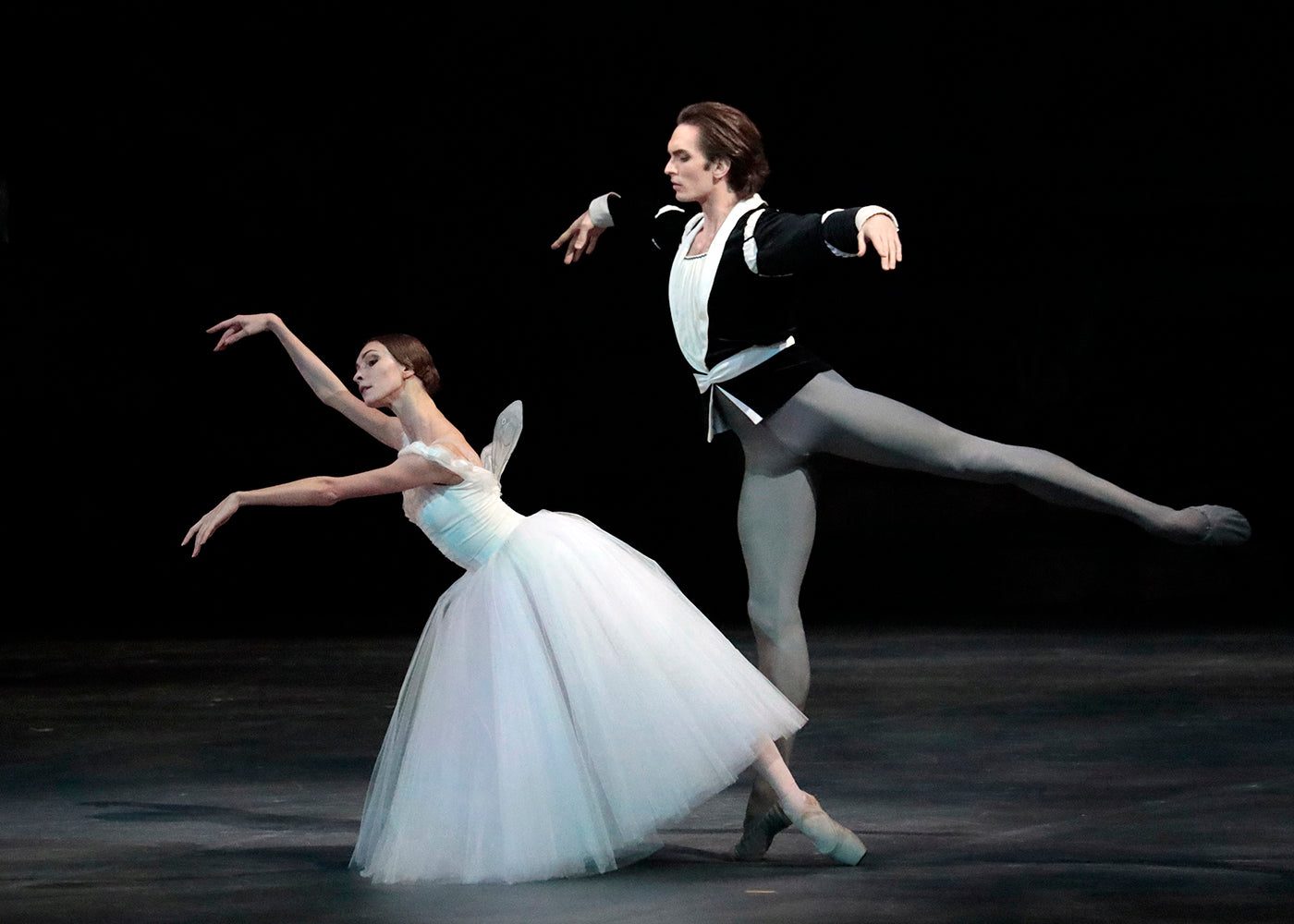 On April 22, Moscow’s Concert Hall “Zaryadye” hosted the award ceremony of the winners of the XXVII Golden Mask Award. The three-hour-long celebration took place before a limited-capacity live audience and was streamed via various online platforms of the festival.

Among the winners of this year’s Golden Mask in the ballet/contemporary dance categories are Alexei Ratmansky’s production of “Giselle,” which was created for the Bolshoi Ballet in 2019 (“Best ballet production”); Maxim Petrov’s one-act ballet with a peculiar title “Russian Dead Ends II” («Русские тупики-II» in Russian) for the Mariinsky Ballet (“Best choreographer”); principal dancer of the Bolshoi Ballet, Artemy Belyakov, for his portrayal of Albrecht in Ratmansky’s “Giselle;” and Oksana Kardash, prima ballerina of the Stanislavsky Music Theater, for her performance of Kitri in the Rudolph Nureyev’s production of “Don Quixote.”

The Russian National Theater Award “Golden Mask” was established in 1993 and is awarded to performances of all genres of dance and theater: ballet, contemporary dance, drama, opera, musical, and puppet theater. The Golden Mask is a popular and prestigious cultural festival that presents the best theatrical and dance performances from every corner of Russia and takes place in spring each year.

Despite the pandemic, this year’s Golden Mask festival took place in Moscow as planned, from January to April 2021, bringing together theaters from 25 Russian cities, and presented 56 works, which were nominated for the prize. During the festival, the theater and dance fans also had an opportunity to attend more than two dozen “bonus” performances, which were not part of the competition.

Only four productions were competing for the award: the Bolshoi Ballet’s staging of “Giselle,” choreographed by Alexei Ratmansky; Samara Theater of Opera and Ballet’s “The Fountain of Bakhchisarai,” staged by the former prima ballerina of the Mariinsky Theater, Daria Pavlenko; the Moscow State Stanislavsky and Nemirovich-Danchenko Music Theatre’s production of Rudolf Nureyev’s “Don Quixote;” and the Mariinsky Ballet’s “Russian Outskirts – II,” a plotless ballet  by the young and up-and-coming choreographer, Maxim Petrov, who is still a corps de ballet dancer of the Mariinsky Ballet.

Having very little competition, the Bolshoi Ballet’s “Giselle” was favorite to win the prize for the best production from the outset.

Accepting the award, artistic director of the Bolshoi Ballet, Makhar Vaziev, expressed his gratitude to Alexei Ratmansky and his creative team, calling their “Giselle” “a simply astonishing production.” “There was nothing like this “Giselle” in the last 100 years,” he said about Ratmansky’s sumptuous and utterly humane take on the Romantic ballet’s timeless classic—a production that instantly became the audience’s favorite. The Bolshoi Ballet’s principal, Artemy Belyakov, who took “Golden Mask” for his thoughtful and expressive rendition of Count Albrecht, thanked, in turn, his “amazing partner,” Olga Smirnova, for her exquisite portrayal of the title heroine in this ballet. (Smirnova was nominated for her starring role of Giselle but didn’t win.)

In his acceptance speech, the winner of “Best choreographer” in Ballet/Contemporary Dance category, Maxime Petrov thanked Nastasia Khrushcheva (who was also in the audience as a nominee for “Golden Mask” in “Best Composer” category), the composer of the music to which his ballet was set. “Without Nastatasia’s music this ballet wouldn’t exist,” said the 28-year-old choreographer.

Petrov’s win in “the Best Choreographer” category is no small feat. (Alexei Ratmansky was also among nominees for this prize for his staging of “Giselle”.)

In a stark contrast to Ratmansky’s luxurious production of “Giselle,” Petrov’s ballet—a 25-minute chamber piece for four dancers—is performed without decorations and accompanied by a pianist situated onstage. Describing her thoughts on Petrov’s “Russian Dead Ends – II” (the ballet takes its title from its music score), the prominent Russian dance critic Tatiana Kuznetzova wrote in Kommersant:

“The choreographer perfectly uses the music, conveying its imaginary accessibility and secret modernist games. In terms of genre, his ballet is a modern romance. The main theme is conveyed by a young couple in the purest neoclassical language with all the pirouettes, arabesques, and upper supports. At times, this vocabulary reminds of a young Ratmansky with his love for open positions efface, changes of positions in the half-plié and sudden syncopations of eschappé… The young heroes of “Russian Dead Ends” are infantile, like Cinderella and Prince of Ratmansky, and restless, like his pair from “The Middle Duet.”

A frequent participant of Mariinsky’s “Creative Workshop of Young Choreographers,” Petrov is no doubt a young rising star on the Russian ballet scene and a choreographer to watch. In July 2021, the Mariinsky Theater is planning a full-evening program of three premieres of Petrov’s ballets, all set to the music of Igor Stravisnky, including a new production of “The Fairy’s Kiss.”