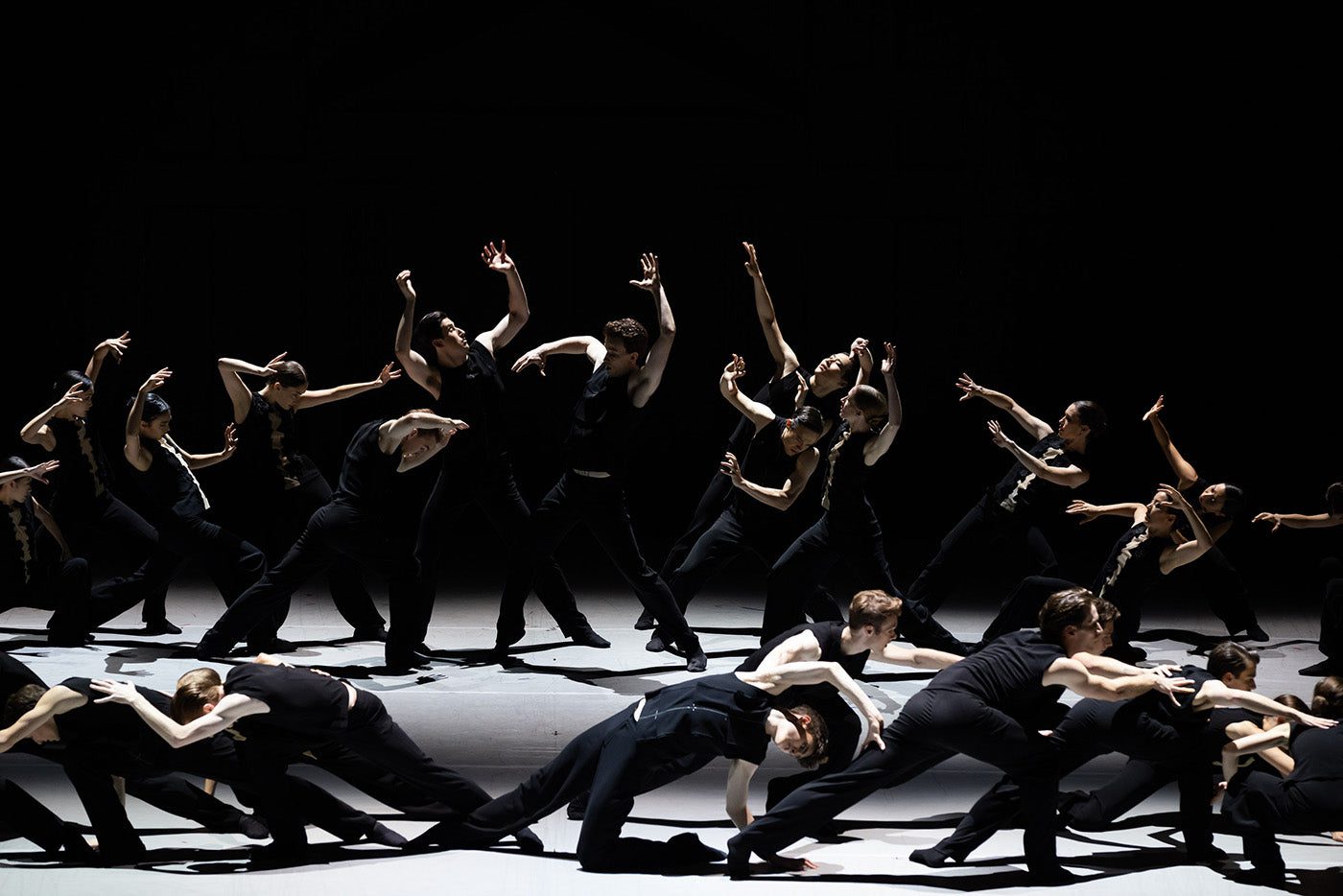 It’s almost 18 months since David Hallberg, the South Dakota native and long-time New Yorker, took over as artistic director at the Australian Ballet, and it finally feels as though the Covid shackles are off. To date, there hasn’t been a true opportunity to see what he might bring to Australia. But here it is: “Kunstkamer,” a wildly ambitious contemporary work, it feels like a make or break work for the new artistic director. And, with it David Hallberg’s dramatic return to the stage.

“Kunstkamer” refers to an early form of exhibiting in a museum, in which strange or unrelated objects are displayed together—think your grandmother’s hallway cupboard full of eclectic ornaments. The work was originally commissioned by Nederlands Dans Theater, one of the world’s most progressive contemporary dance companies, for their 60th anniversary in 2019. But then the pandemic—so the work not been seen outside the Hague where it premiered in 2019.

Presented in two halves, it can be explained as series of connected but varied vignettes, ornaments if you will: seven in the first half, eleven in the second. Adding to the multiplicity, it has four distinct choreographers; Sol Léon, Marco Goecke, and Paul Lightfoot, and Crystal Pite. As a collective, the four are arguably the most in demand contemporary choreographers of their time. The work brings together contemporary dance and lyrical movement, live instrumentals, comedic mime, spoken word and song. The music ranges from Beethoven to Janis Joplin, and Benjamin Britten. Even as I write this, the arbitrariness is not lost on me. Described by its creators as the “beautiful monster,” it is artistically ambitious and reads like a commercial disaster.

But it is not.

“Kunstkamer” is an epically courageous and wondrous work. Showcasing an immense depth of skill and creative genius, the impact is hard to describe, but the choreography, music and movement tie together with brilliance. The choreography incorporates jerky, robotic movement, which is comedic at times, dark at others. The set comprises a series of moving doors, from which dancers and musicians appear and disappear. It challenges any preconceptions of a classical ballet company, too—when the entire ensemble of dancers begins singing as a choir in the second half, it is sort of beyond belief.

David Hallberg’s swan song with American Dance Theatre was thwarted by Covid, so the chance to see him perform is a treat. From the moment he entered the stage he was captivating, performing a kind of ringmaster role. For the man known as the greatest male dancer of his era, it is not hard to see why: those legs, those insteps, those cheek bones, his exquisite skill apparent. No doubt a courageous line to tread as both dancer and director, but it absolutely works, and only elevates the night further. “Kunstkamer” is a masterpiece and you won’t want to miss it.