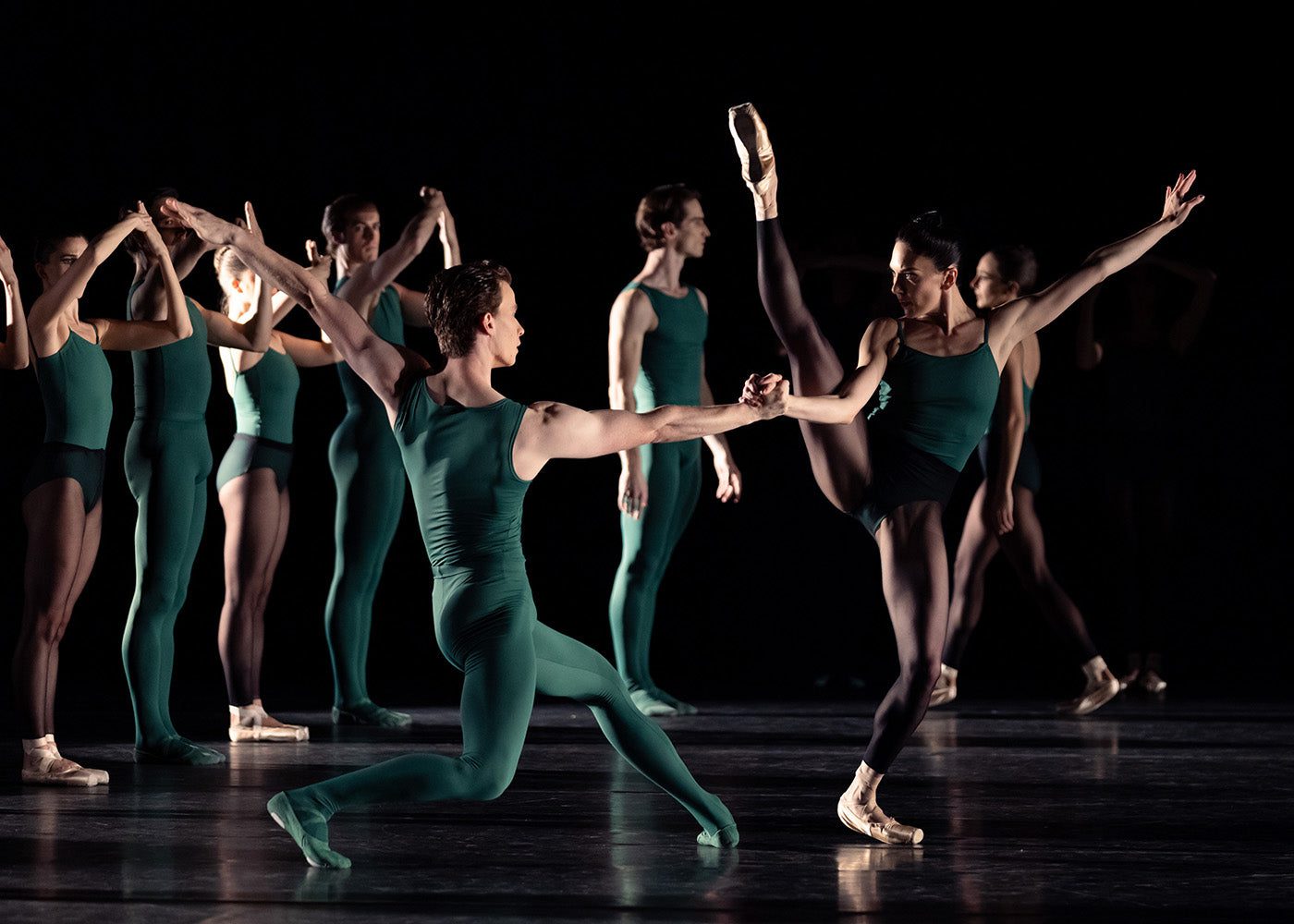 Twice a year the Australian Ballet relocate to the Sydney Opera House from their home in Melbourne to debut major works. Known as their Sydney seasons, this is the first time the company have ventured to sunny Sydney since late 2019 and Covid shook the world. Under the new directorship of David Hallberg, and with Australia essentially Covid-free, the season was steeped in anticipation, excitement, but also pressure for the company. With Hallberg’s first Sydney offering New York Dialects already receiving rave reviews, the company now present Counterpointe—a triple bill of three bite-size dance delights; Act III from “Raymonda,” Balanchine’s “Tschaikovsky Pas de Deux” and William Forsythe’s “Artifact Suite.”

On opening night at the Sydney Opera House the curtains open to a striking stage filled with light, ballerinas in bejewelled tutus, and their partners in crispy cream and gold. It’s an altogether brilliant opening filled with intriguing patterns and pas de deux that the company perform with delightful precision. Amber Scott dances Raymonda and Ty King-Wall is Jean de Brienne. It’s great to see them back. Sydney audiences haven’t seen much of the married couple since the birth of their daughter in late 2018, but on the Opera House stage there is no hint of the behind the scenes logistics or exhaustion that no doubt exists for the new parents. Scott’s technique is flawless, her solos enthralling in their emotion. A divine opening to the night.

On opening night Ako Kondo and Chengwu Guo made their debut in George Balanchine’s thrilling “Tschaikovsky Pas De Deux.” Their performance is the reason you go to the ballet. The (also!) husband and wife couple showed finesse, technical brilliance, and a stage presence that radiated to the gods of the Joan Sutherland Theatre. The pas de deux is breathtakingly risky at times, with leaps by Kondo and catches by Guo that seem physically impossible. Hallberg has not only cast well, but picked a beauty to wow Sydney audiences.

What David Hallberg has brought to Sydney in his first season as artistic director is no small achievement. Both programmes, New York Dialects and now Counterpointe, have been impressively curated to highlight the company’s skill and depth of talent. Hallberg has showcased a wonderfully rehearsed and energised company. It will be exciting to see how the company continues to evolve from here.