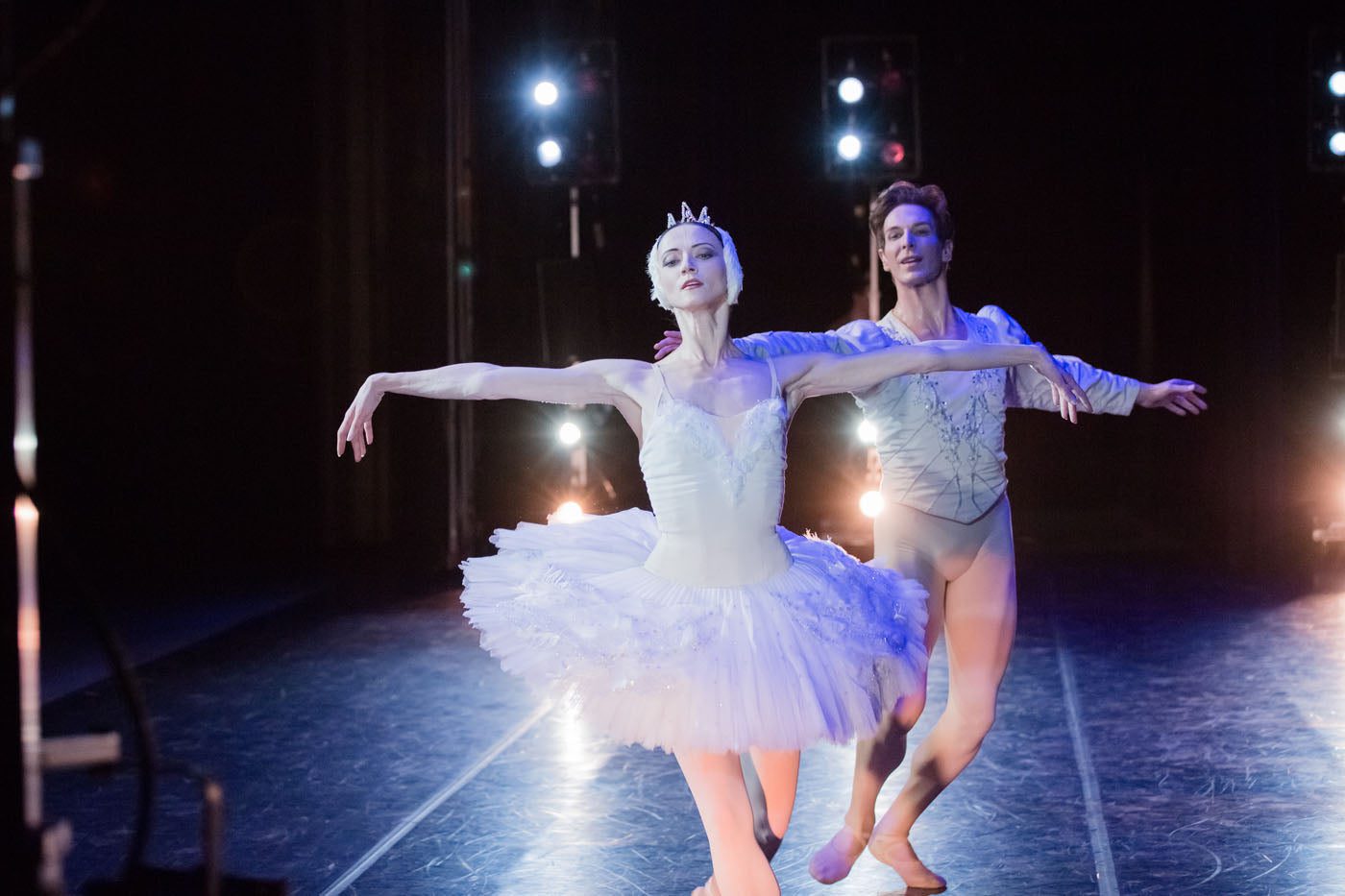 Ballet galas showcasing the world’s top dancing talent are in vogue. They have been popping up in cities all around the world from Tokyo to Buenos Aires, and as of February, Toronto courtesy of the National Ballet of Canada’s principal dancer Svetlana Lunkina.

Calling on friends from home and away, and with an enterprising spirit, Svetlana Lunkina and Friends’ inaugural Canada All Star Ballet Gala took shape. It’s message was educational too; aiming to present five distinct schools of classical ballet, being French, Russian, Italian, American and British.

To sold-out house, attracting every balletomane in the region (who wasn’t occupied at Youth American Grand Prix, falling on the same weekend and also a first time occurrence in Toronto), sixteen dancers powered handsomely through the classics and some rarer jewels as well, in a programme dedicated to the love of classical ballet.

Cheers were loudest for the National Ballet’s Francesco Gabriele Frola and Jurgita Dronina who gave a very full-out pas de deux from “Don Quixote.” Dronina was sustained in one-handed lifts for heartstopping one-two-three seconds, and Frola at least double-barrel leapt the length of the stage. In the second half of the evening, the pair were equally energetic dancing a duet from “La Sylphide,” with Frola scraping the ceiling and Dronina showing prettiness and strength in her Bournonville form.

Also from the National Ballet, the great pairing of Jillian Vanstone and Harrison James. They danced the pas de deux from Rudi van Dantzig’s sublime “Four Last Songs,” named after Richard Strauss’ compositions. Vanstone is never lighter or more musical than dancing with James, and together they sustained the intensity of feeling in this wheeling, heartbreaking duet.

The dancers mixed the partnerships up, too, adding some fun. Isabella Boylston, American Ballet Theatre principal, danced the classic Bournonville pas de deux from “The Flower Festival in Genzano” with Royal Danish Ballet dancer Alban Lendorf, whose batterie and plumb landings on the note in perfect fifth were so enjoyable. Later they traded national styles, dancing Balanchine’s “Tschaikovsky Pas de Deux,” where Boylston, gloriously, devoured the stage, beaming her way through the music.

Rebecca Bianchi, principal from Rome Opera Ballet, danced with Friedemann Vogel of Stuttgart Ballet in Glazunov’s “Raymonda,” with upright precision and flirty sideways looks, and then, from repertoire at Rome Opera Ballet, a pas de deux from Roland Petit’s intriguing “The Bat.” The story is a classic honey-trap; a scorned wife attends a masquerade party to get back at her faithless husband, who is dressed as a bat. Stripped down to a nude bodysuit, Bianci’s slicing legs and sharp glances foreshadow the coup de grâce—a pair of scissors she deftly wields, depriving the bat of his wings in a icy metaphor.

Sofiane Sylve and Carlo Di Lanno, principal couple from San Francisco Ballet, danced a radiant pas de deux from Ashton’s “Cinderella” and were even more luxurious in the pas de deux from Balanchine’s “Diamonds,” also recently on stage at SFB. In terms of styles, here we have a French woman and an Italian man dancing an English pas de deux, and an American one—it’s one thing to show styles apart, but how they meld together was a satisfying counterpoint of the evening. Sylve’s superb harmony of limbs together with Di Lanno’s refined partnering was utterly dazzling, nationalities aside.

How soft the dancing of Lauren Cuthbertson looked by comparison. Her poses rise out of the dance like a wave from the ocean, and ebb with the same organic pulse. The Royal Ballet principal danced with Cory Stearns of American Ballet Theatre and they made a particularly happy partnership first in Ashton’s “Rhapsody Pas de Deux” and a more dramatic one in MacMillan’s “Romeo and Juliet.” It wouldn’t be a gala without it.

A change to the programme saw Lunkina perform the White Swan pas de deux with Evan McKie of the National Ballet. Lunkina’s artistry is most evident in grand roles such as this, with each finger joint, articulate and expressive, as though taking each vibration directly from the violin string.

Opening the evening she performed the pas de deux from “La Bayadere” with Ruslan Skvortsov athletically holding her aloft like a trophy. Together the Russians closed the programme with a divertissement from “The Pharaoh’s Daughter,” a ballet choreographed by Petipa for the Imperial Ballet while he was still performing in 1862. Having fallen out of repertoire, the ballet was revived by Pierre Lacotte in 2000 for the Bolshoi, where Lunkina debuted in the production. A phrase of musical, antique, interlacing steps below the ankle were some of the loveliest of the night, breathtaking and bizarre, qualities unique to and wholly the dominion of classical ballet.

A spectacular, quickfire defilé sent off the audience in high spirits, with the dancers flitting across the stage in pairs and solos, reprising the signature moves from their pieces, from flashy fish dives to fouettés, leaps and lifts, culminating in a grand pose for curtain—flash photography allowed.