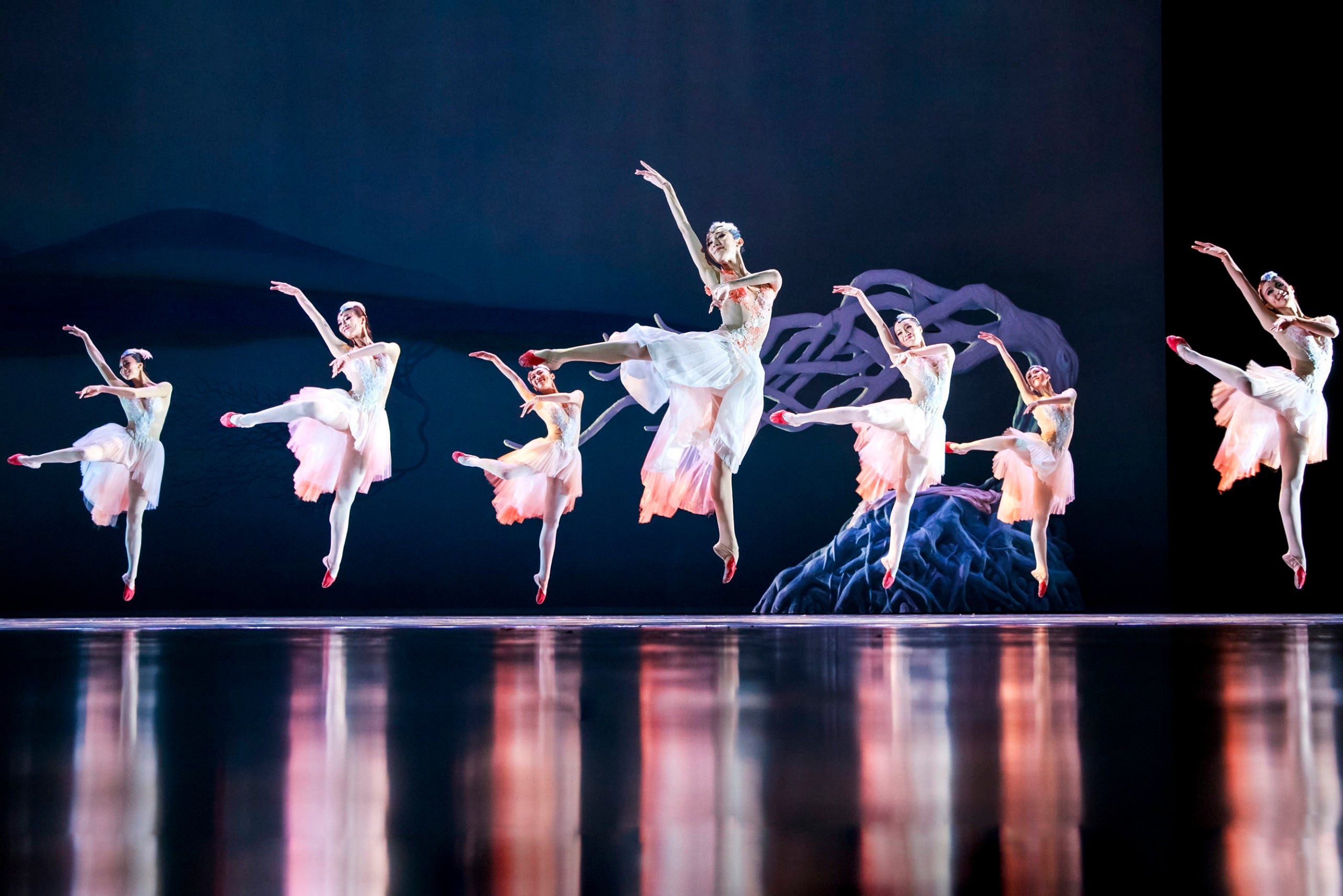 Not often does a production flow so seamlessly that a viewer can legitimately forget that the scenes unfolding onstage are live, and not simply a three-dimensional animation playing for the hundredth perfect cycle. Yet in the case of Shanghai Dance Theatre’s balletic dance drama “Soaring Wings: Story of the Crested Ibis,” the audience is indeed swept away to this heightened level of fantasy, in thanks not only to its imaginative sets, lighting, and costuming, but through the joyous expressiveness of its performers as well.

This past weekend marked the production’s U.S. premiere, presented by the China Arts and Entertainment Group to a packed David H. Koch Theater at the Lincoln Center in New York City. Viewers of all ages crowded the lobby, eagerly awaiting entry while enjoying televised performance clips. Perhaps the youngest viewer in attendance, a two-year-old, sat patiently on the lap of the viewer beside me—swaying in time with the dancers onstage.

The story of the crested ibis serves as the foundation for “Soaring Wings.” Over the past century, this iconic bird—once widespread across Japan, China, Korea, Taiwan, and Russia—faced the threat of extinction, due largely to human interference with the ibises’ environment. In 1981, seven were discovered to still be in existence in the Shaanxi Province of China—a welcome surprise, as the bird was thought to already be extinct throughout the country. Since then, tremendous efforts have been taken to breed the bird in captivity for later release, fortifying the ibises’ perilously low numbers. Though its status currently holds at “endangered,” scientists have helped to reintegrate ibis populations in China, Japan, Korea, and eastern Siberia.

This real-life tale of harmonious prosperity, subsequent demolition, and newfound resurgence comes across beautifully in “Soaring Wings,” which playwright Luo Huaizhen has woven into an endearing love story between a young adventurer and a playfully affectionate, yet mysteriously independent, ibis. The two first meet at a time when this “bird of good fortune” is revered, living vibrantly alongside mankind. Over the course of the evening we follow the pair, as urbanization decimates the once lush forest, and the young man (now aged) strives to save his ibis (and the species as a whole) from becoming nothing more than a scientifically documented memory.

All artistic mediums have worked in tandem with one another to make this production the impressive success it is, and playwriting is only the beginning. Its large cast of roughly 50 dancers showcases strikingly precise technique, which is no small feat given director and choreographer Tong Ruirui’s challengingly complex phrase work. These ibises are not simply flapping their wings; they are pecking, strutting, and contorting their bodies into bird-like stances, with every flick of the wrist and twist of the neck intricately timed. At moments, Tong’s choreography melts into luxurious fluidity reminiscent of flight; at others, it is tumultuous, as the cast swarms the two leads and tosses them across the stage as if swept up by billowing smoke. These moments are brilliantly heightened by composer Guo Sida’s triumphant orchestral score. Coupled with the production’s mesmerizing stage sets (Zhang Jiwen)—that feel anything but stationary as they expand and contract from scene to scene, as if another breathing performer onstage—and creative costume design (Zhong Jiani)—turning the company’s performers into birds, sky, and smog—these artistic elements amount to an impressive spectacle.

Yet the show would be nothing without its two leads. Zhu Jiejing (the ibis) and Wang Jaijun (the man) are not only principal dancers with Shanghai Dance Theatre, but China national first-level actors as well, and this duality of skills is abundantly apparent throughout the production. Wang, in particular, performs the work through both body and face, with expressions of joy and humor that tickle our nerves, and moments of distress that draw us deeply into his pain. Likewise, Zhu’s ability to fully transform herself into the playfully clever ibis should alone be enough, but she is tasked with embodying this majestic bird at all points of its life—from healthy and seemingly floating to weak and struggling to maintain her majesty. Zhu and Wang complement each other beautifully, and succeed in driving home the production’s innovative integration of environmental advocacy and performing arts.

As a writer, I can do my best to describe the impact such striking narrative, choreography, music, and sets have on an audience, but perhaps it was the two-year-old sitting beside me who said it best—cooing “Hai yao, hai yao!” as each scene faded to black (“Give me more, give me more!”).