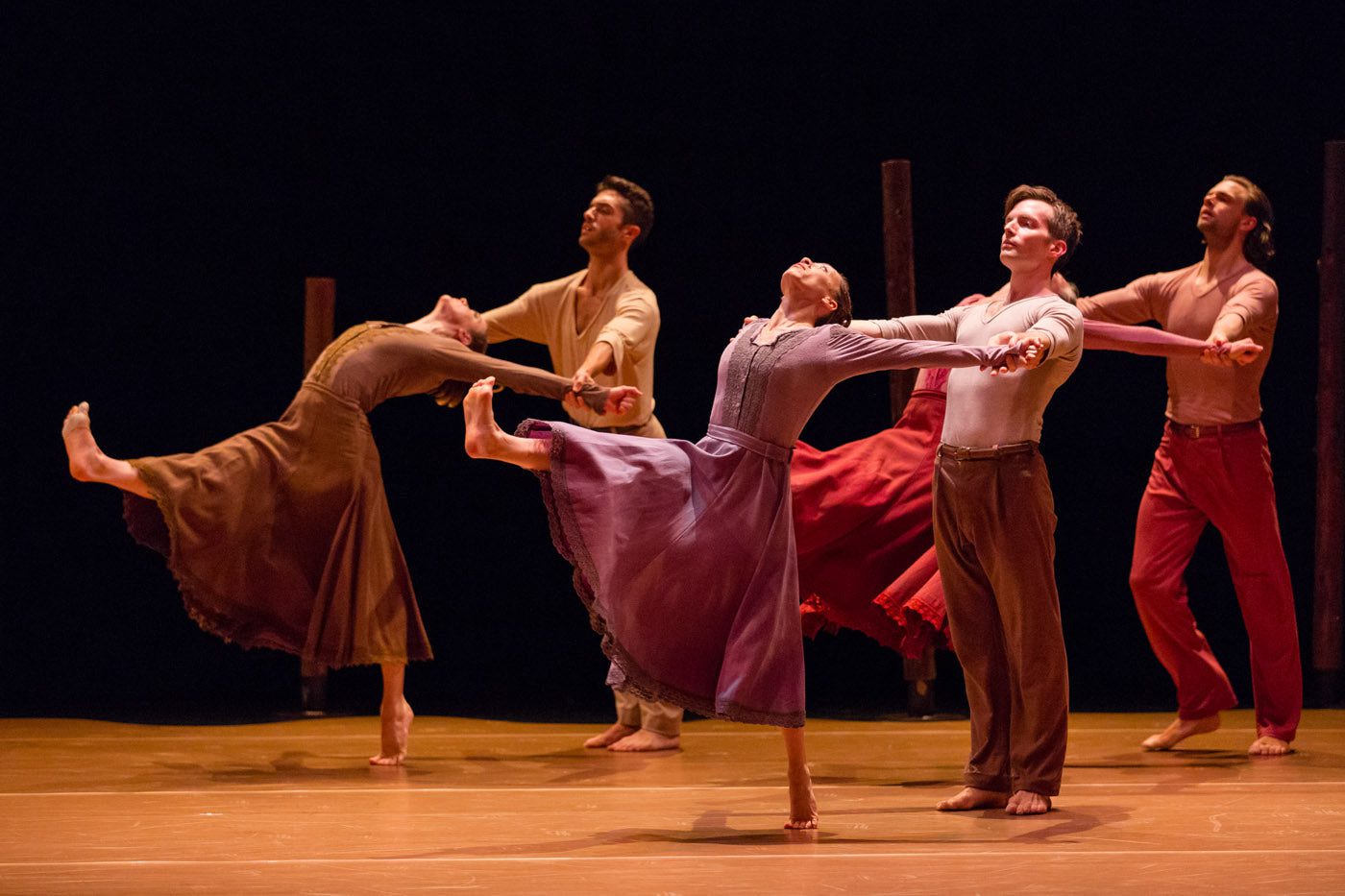 Recently retired San Francisco Ballet soloist James Sofranko, who built his leadership chops co-organizing the city’s annual Dance for a Reason cancer benefit gala, is soon off to take charge at Michigan’s Grand Rapids Ballet. SFDanceworks will continue with direction from Sofranko, and with associate direction by former Australian Ballet principal Danielle Rowe. Judging from Rowe’s new work, “The Old Child,” this is good news. Next to a passionately danced staging of Nacho Duato’s career-making masterpiece, “Jardi Tancat,” Rowe’s was the most memorable choreography of this program, and one hopes she’ll keep making dances.

I’m not just trying to be generous in saying the dancers for this third edition of SFDanceworks are among the world’s finest—I’d been hankering to see the ever sensitive and articulate Brett Conway again since he departed San Francisco’s LINES Ballet to join Nederlands Dans Theater, and it’s hard to imagine who wouldn’t be entranced by the intensity of his fellow LINES alum Laura O’Malley. Add to them former ODC/Dance star Anne Zivolich-Adams and former San Francisco Ballet soloists Dana Genshaft and Garrett Anderson, and you have a nearly all-star ensemble. Rowe made distinct characters of them in “The Old Child,” Zivolich-Adams and Anderson sliding and gamboling in a waltz, Genshaft and recent Juilliard grad Katerina Eng circling each other more seriously, Nicholas Korkos’ passionate partnering triangulating them, and finally Conway in a fire-red suit (and red shoes) manipulating O’Malley to a rather creepy, heartbeat-like ostinato played live by cellist David Knight, in a layered score assisted by electronic looping, by composer Alton San Giovanni.

Throughout, a tall and frighteningly lean woman in a backless black dress (Britt Juleen) stood at the edge of the stage, back to audience, shivering. Her presence felt melodramatic and her relation to the action on stage more murky than ambiguous: Were these her memories? But Rowe’s choreography had enough formal pattern to feel meaningful, enough gesture to feel deeply human, enough oddness for the dancers to be distinctive.

I longed for more pattern, more dots to connect, in Sofranko’s “Homing.” The five dancers, dressed in grey and black, gathered in a tight pod, split off for duos and trios, and beautifully dispatched complex phrases involving impressive floor work—but a movement no sooner emerged as a promising motif as it disappeared forever, and the effect was one of many interesting sentences never coalescing into paragraphs. Schubert played live by pianist Ronny Michael Greenberg, though, was a treat.

Duato’s “Jardi Tancat” closed the evening to show us how choreography is done. Zivolich-Adams was a ceaseless wonder in this faithful staging by Pablo Piantino, Penny Saunders, and Jim Vincent, hurrying hunched across the stage in Spanish-peasant agony to the recorded wails of Maria del Mar Bonet, fighting for clarity and volition in every second of this insanely fast-paced movement, full of turn-on-a-dime direction changes. Also a wonder, the entire evening: Nicholas Korkos, so fluid in his shoulders, so absorbed in his partners. His credits are the least high-profile among this cast, and yet his dancing was, to my eye, the most indelible.

The Cowell’s shallow stage is not an ideal space for “Jardi Tancat.” Does that diminish one’s astonishment? To viewers not sated by the dance offerings a city of San Francisco’s caliber offers, probably not. Which is why my one wish for SFDanceworks’ future is that they might expand by touring, rather than presenting more in the Bay Area. To audiences outside the Bay Area, this beauty would be rare draught indeed.