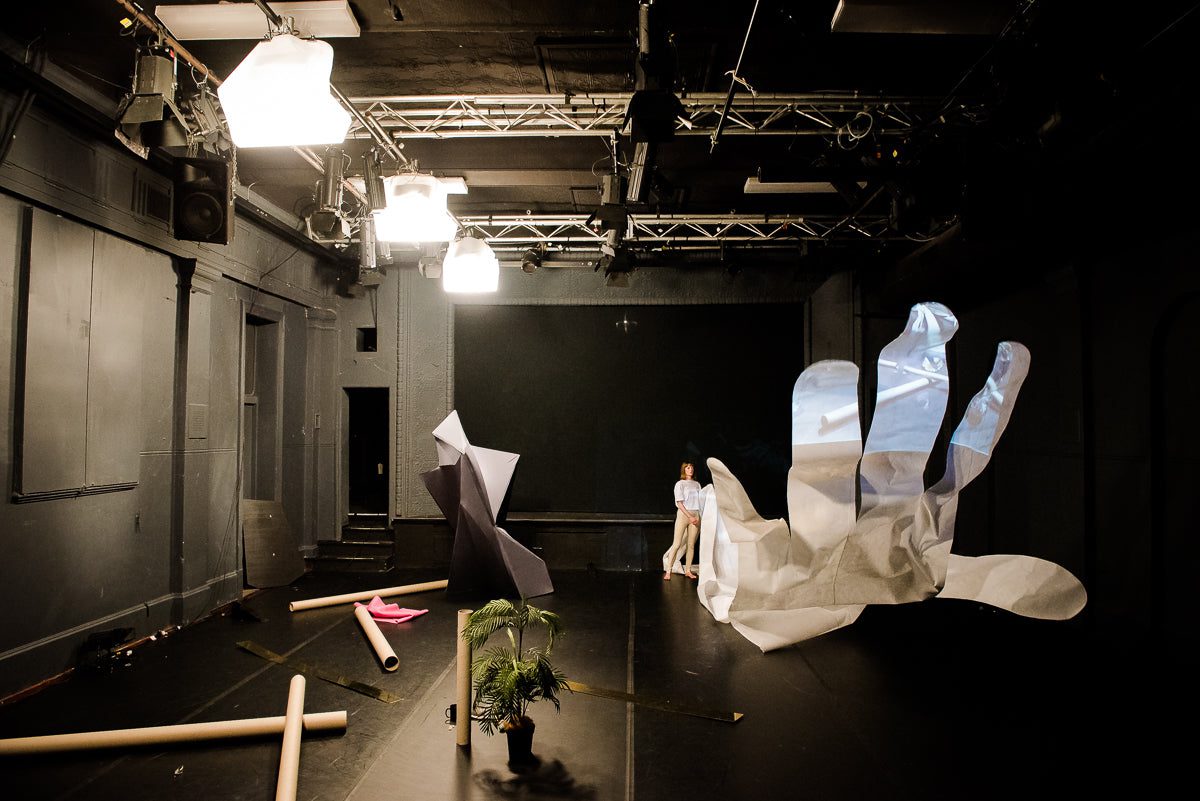 A single bicycle wheel upturned and mounted upon a stool (Bicycle Wheel, 1951, third version, after lost original of 1913). A snow shovel (In Advance of the Broken Arm, 1964, fourth version, after lost original of 1915). A painted window (Fresh Window, 1920). When Marcel Duchamp placed a mass produced ‘readymade’ before us and disrupted how we thought about and interpreted art, the “ordinary object [was] elevated to the dignity of a work of art by the mere choice of an artist.”1

The objects were important not because of what they were, but because they were selected by the artist. Removed from their ordinary function and thereby stripped of their usage, the object became art. With the integral addition of the onlooker witnessing the work and responding to it, the ‘readymade’ “created a new thought for [the particular] object.”2 We, the spectators, in accepting the role of transference through the act of looking, choose what we see in Duchamp’s ‘readymades’. Under our gaze, objects can take on entirely new and obscure meanings.3

To my mind, following this train of thought, both Reckless Sleepers with Nat Cursio’s performance of “A String Section” (2012) and Sarah Aiken’s “SET,” (2015) celebrate the utilitarian object, redefining its role and how we regard it. After all, ‘readymade’ (tout-fait) is a homophone for ‘to-make’ (tu fait); it is up to you to make of it what you will.

A free, one-night-only performance of Leen Dewilde’s “A String Section,” as part of a seemingly perfect exchange between the Belgium/UK based company, Reckless Sleepers, and current Coopers Malthouse resident, Nat Cursio Co., released the humble handsaw from its place in the tool shed. Coupled with a timber chair to chew through, it became a musical instrument for 50 minutes in the Bagging Room of the Malthouse Theatre. A musical instrument wielded by Cursio, Dewilde, Alice Dixon, Caroline Meaden, and Chimene Steele-Prior, who proceeded to reduce the functional to sawdust. As befits an orchestral quintet, each performer wore a black dress and neat heels. And in their hands, each held their bow, an orange-handled saw. Their instrument: a wooden chair (varying quality and style). Their invitation extended: “watch [an] object have its history changed in front of you.”4 Embracing the idea of the ‘readymade’, I was free to redefine the object’s role and thereby ascribe my own meaning.

From my external world, I brought to ‘the creative act’, my own sensitivity and humour. And as with Cursio’s “Tiny Slopes” work-in-progress teaser, seen earlier in the year as part of Dance Massive 2015, I saw my own self in the actions of the performers as opposed to laughing at them and their attempts to saw a chair leg whilst remaining seated or crouched on the chair. I wondered if they were ever tempted to pick up their chairs and break the limbs through force as opposed to the slow snaggle-toothed slog of back and forth with a handsaw. I imagined what it would be like to be a part of this work:

Imagine sitting on a chair. Lean forward, keeping your feet on the ground, if you wish, and commence sawing with your preferred hand at one of the two front legs. You may wish to hop off the chair and saw, or to place the chair on a workbench, but this is not permitted. You must saw the chair leg whilst balanced on the chair. You will need to move your own body weight in order to do this. You will need to contort your form. You may extend a leg outward and hold it in the air for balance like a prehensile tail. You will probably find this awkward. And this is only the first step. The teeth of your saw may catch. This is to be expected. Work through this. Keep going. In 50 minutes, your task is to reduce the chair to pieces and sawdust. In this period, you will have turned the functional into something useless. You will have transformed an object into nothingness. For this, you may have a blister to show for your labour. You may also have a sweaty brow. Your black orchestra pit attire will be covered in fine powder. You will have reduced a beautiful timber chair to crumbs, but given it a great finale. The sound your saw made as you worked, your music, and the struggle of the task, reflective of the artistic process. In a grandiose moment, you may have reinterpreted the words of Théophile Gautier as you thought: “There is nothing really beautiful save what is of no possible use.” In the end, it all ends up scrap.

I responded to the determination and conviction of the performers as I read my own frustrations in their labour. I admired their balance on their wonky-legged rafts, and devoured their deadpan humour. This work, to me, was about strength in all its guises: strength to continue, to pursue your own goals, a recognition of the hard slog of getting things done. Watching the performers adapt to their seats as they became increasingly unsteady, to me, was a picture of the creative act in all its warty (or is that dusty?) glory. But if the mundane and the functional can became a musical instrument, so too can a hardship become a victory. All too often it is from this standing that new ideas can be explored. Shifting positions throws up not just challenges, but new perceptions. And this idea of how things look and how things are was also woven into Dancehouse Housemate/artist in residence Aiken’s new work, “SET,” which looked to “distort and manipulate bodies and objects to playfully reimagine perspective.”5

Comprised of three vignettes, as with “A String Section,” it was shown that you could lose your footing and regain it. A dancer can alter their proportions in such a way to transform from a gangly giraffe unsure of where their limbs end (when standing upright) to a broken timepiece (when rotating clockwise on the floor) with the aid of four long cardboard cylinders. With all four limbs encased in tubes, lying on her back, legs and arms extended upwards, Aiken shape-shifted and became a piece of unworldly and unyielding seaweed. But the greatest transformation took place in the second vignette when Aiken made herself appear, through overlaid projections, no taller than a black coffee mug.

Projected onto a large white piece of fabric cut out in the shape of a giant glove, which had been slowly winched into place, what we see and what we know was tested. The projected image appeared to be a live playback of the stage to the left of the giant glove. So far, so surreal; both projected image and stage appeared in cahoots. There, the black coffee mug, and over there, the single white sneaker. In keeping with the monochrome, over there, a grey plastic elephant. Atop this accepted visual, a second appeared, that of a shrunken Aiken wandering through the assorted miscellanea. A digital collage, Aiken was rendered the size of the forms she negotiated. Upon the makeshift screen, how I read scale had been cleverly (though not seamlessly) altered. The toy elephant, on screen, had assumed actual size. My eyes took in the visual conjurer’s trick and flitted back and forth from the altered reality of the screen to the ‘real’ scene. Several yoga-like poses undertaken in the far left of the room on the lip of an existing stage seemed unremarkable, but looking back at the screen this was actually the exact area inside the black mug. It gave the impression of Aiken as a genie in a bottle, a performer in a coffee mug undertaking their morning asanas. Distorting scale and toying with my perception, this simple illusion was one of the strengths of the piece.

Given the opportunity to complete both pieces through my own willingness to engage, the transference between performer/work and audience/spectator was completed. Through an unspoken dialogue, I, like those seated around me, became a transfixed part of “A String Section.” Through audience participation, we became, quite literally, the missing slow-shuffling link in “SET,” as Nick Cave crooned “Into My Arms” and the disco ball twinkled. In the middle of winter, armed with saws, chairs, and cardboard tubes, everything was related and connected, as we attempted to put art back “in the service of the mind.”6 Since then, I have been left with a hankering to saw at the very foundations I sit on whilst my limbs are encased in cardboard cylinders; I couldn’t have asked for more.

Next
Moves after Dark