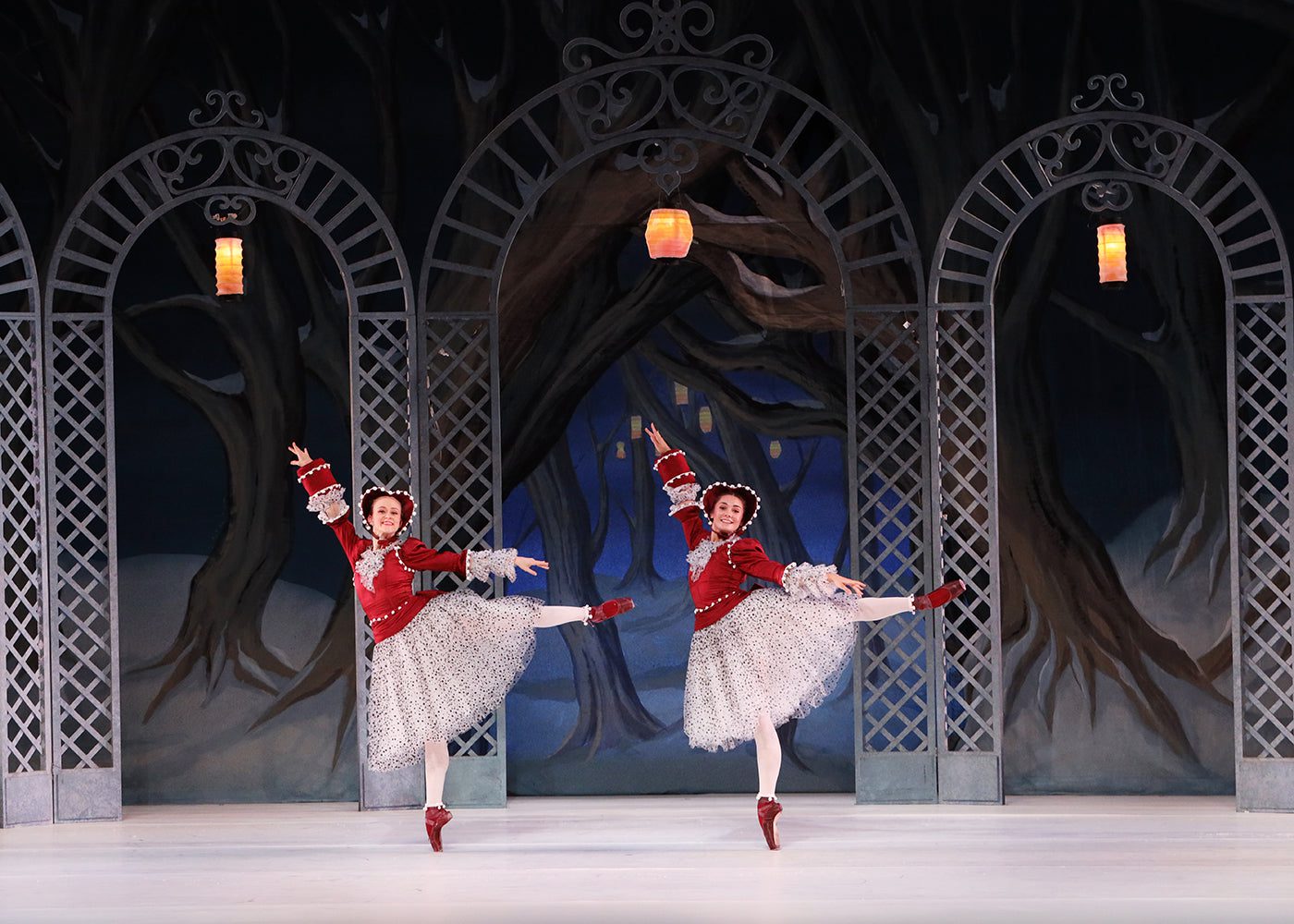 While practically every other ballet company is putting on a “Nutcracker,” Sarasota Ballet has decided to present a program of chamber ballets in the weeks before the end of the year. And why not? It’s a triple bill, with two works by Jerome Robbins (“In the Night” and “Fancy Free”) and, in the only concession to the season, Frederick Ashton’s picture postcard “Les Patineurs,” set at a Victorian skating rink. Given the scale of the theater (the Sarasota Opera House) and of these works, it is a perfect program for getting to know the company better, with the luxury of live accompaniment by the Sarasota Orchestra, led by Ormsby Wilkins, Music Director of American Ballet Theater.

The dancers aren’t completely new to Robbins, but “In the Night,” which was receiving its company premiere, is only the third ballet of his to enter its repertoire. (The third is “The Concert.”) On the evidence of this program, they should acquire more—the Robbins style clearly suits them, and expands their expressive range. The two casts I saw in “Fancy Free,” on Friday night and at the Saturday matinee, were very strong: funny, vivid, full of character and fun. The Saturday cast, especially so. The camaraderie between Robbins’ three sailors out on the town (Yuki Nonaka, Ricardo Graziano, and Maximiliano Iglesias) was relaxed, unforced; each man embodied his character with ease. All the jokes “read” well, and the timing and reactions, so important to this ballet, were just right. (The orchestra’s jazzy, energetic rendition of Bernstein’s score certainly helped.)

Maximiliano Iglesias, new to the company this year, was boyish, funny, and playfully sexy in the “rhumba” solo that Robbins originally created for himself. Yuki Nonaka had no trouble with the acrobatic choreography assigned to the punchy first sailor, full of turns, jumps and high extensions with flexed feet. And Ricardo Graziano put on the romance in his pas de deux with the woman in pink, danced here by Macarena Gimenez. Their moment of intimacy was beautifully rendered, as she, at first skeptical, succumbs to the sailor’s vulnerability and need for female company. Their dancing had that combination of sweetness and nascent attraction that makes the scene so poignant, imbued with the knowledge that this young man is shipping off the next day, perhaps never to return. This is what makes “Fancy Free,” apparently so sunny, such a timeless work.

In contrast, “In the Night,” Robbins’ sequel to “Dances at a Gathering,” is a dance for three couples set to Chopin nocturnes, showing three kinds of love. Much of the atmosphere is provided by the music, played with richness of sound and an effortless sense of timing by the pianist Cameron Grant (formerly of the New York City Ballet). Each couple has a discreet personality. The first is deeply romantic, full of slow walks, deep backbends, swooning, exposing lifts.  Marijana Dominis, the youngest of the company’s three principal women, danced with focus and intention, but has yet to relax into the role, to breathe into its deep bends and allow herself to be swept up in Robbins’ expansive choreography for the arms and upper body. (Ricardo Graziano, her partner, danced with finesse.) The choreography for the central couple is regal and faintly Slavic, with Mazurka flourishes. This is a couple who knows how to make an entrance. And here, Danielle Brown danced with presence, authority and sweep, alongside her elegant, gallant partner, Richard House.

Macarena Gimenez and Maximiliano Iglesias (who are partners in life) pulled off the tricky, combative partnering Robbins created for the third couple—lots of skirts flying—who love each other desperately but can’t get along. To Chopin’s op. 55 no.2 nocturne, the two face off, look away, leave each other alone onstage. In a final act of self-abnegation, the woman kneels on the floor after lightly touching the man’s arms, torso, and legs. It’s a hard duet to pull off; it can be very moving, or totally over the top. Here, it was neither; instead, Gimenez and Iglesias danced an impeccable, but not completely believable rendition of the drama between these two lovers. It was only after the moment of forgiveness that the two dancers seemed to emerge into their true selves. My impression is that they are mis-cast here, and would be more suited to the first duet. But it’s always interesting to watch two very good dancers perform against type. With more time, they might just pull it off.

The two were also paired in “Les Patineurs” on Friday night, as the glamorous couple in white, originally danced by Margot Fonteyn and Robert Helpmann. Nonaka, a virtuosic whiz, was cast as the Blue Boy, who spins and spins and does a litany of jumps, usually combined with complicated landings on one leg with the other leg adding an extra little something at the end of the phrase. Sierra Abelardo, one of two “Blue Girls” who generally dance in sync, often walking determinedly on their pointes as if into the wind, polished off a series of fouetté turns. The ballet, set to music from two operas by Giacomo Meyerbeer orchestrated and arranged by Constant Lambert, is a charmer, if maybe just a touch too cute, with its “oh well” arms and “oops” falls on the ice.

But “Les Patineurs” is a staple here in Sarasota, and the audience loves it. Plus, an evocation of winter—not really a “thing” here in Florida—is not out of place in these days just before Christmas. Robbins offers a new directions. I’d love to see the company in more of his ballets: “Afternoon of a Faun,” maybe?

Previous
A Gift for the Season

Next
Rome and Jewels Redux