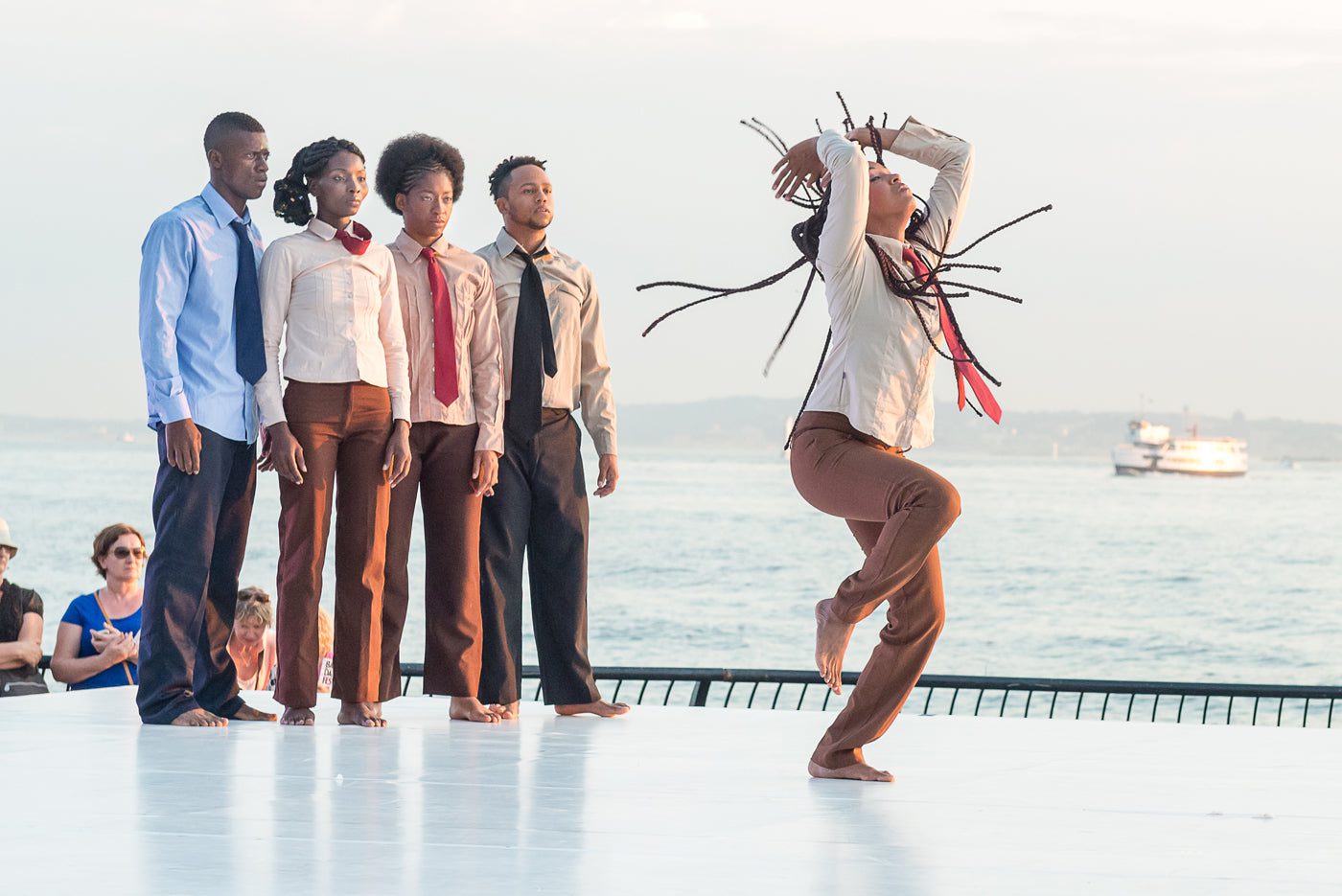 In the realm of dance and social change, Sankofa Danzafro is making its powerful choreographic voice well-heard, one continent at a time. The Afro-Colombian company, founded by Rafael Palacios in 1997 on the Pacific coast of Colombia, brings its internationally acclaimed 2010 production “The City of Others” to the Celebrity Series of Boston, to be performed in New England Conservatory’s (NEC) newly completed Plimpton Shattuck Black Box Theatre on November 3 & 4. Performed by a cast of 20 dancers, “City” addresses social issues of wealth disparity, gender identity, sexual orientation, and racism in Colombia in an impactful mix of dance, music and minimal stage sets.

“‘The City of Others’ is based on my own experiences and the dancers’ experiences with regard to racism in Colombia,” choreographer Rafael Palacios told me in a recent conversation, “and the struggles to resist and therefore debilitate it.”

The word “Sankofa” translates as “to return to the root.” This concept is deeply prevalent in Palacios’s work, using the past as a lens through which to look at the present and future. When asked how this concept applies to “The City of Others” and Sankofa Danzafro’s work as a whole, Palacios noted that the company’s mission “is to question the overall knowledge [and] to build a voice of self-awareness, which will allow us to reveal the ‘epistemologías’ of the African diaspora in the world. This concept applies to ‘The City of Others’ as a concept that gives us solutions and resolutions to establish cognitive and social justice in the present.”

Many may be surprised to learn that Colombia is home to the second largest population of African descent in Latin America. Palacios describes the resulting Afro-Colombian dance form as a full-sensory experience. “Afro-Colombian dance and music are artistic, spiritual, and philosophical expressions, through which the Afro-Colombian community is been able to transcend and build its own identity, technically and physically. Afro-Colombian dance and music are powerful and sophisticated expressions, including currulao, bullerengue, mapalé, among others, which communicate with ancestral African dances. We do this because we want [to] compliment the history between Africa and Colombia, our origins.”

Gary Dunning, executive director of Celebrity Series of Boston, was struck by “the visual power of the dancing” when he saw Sankofa perform at the Association of Performing Arts Professionals, APAP, in New York. “Sankofa has a very easy to identify Afro-movement style that I knew would be familiar to our audience; you could see where the roots were. At the same time, it blends with Latin American movement and sound. We’ve presented companies working in that area, but this was a particularly unique style. While their roots are in Africa, their home is in Colombia. It’s different than our audience has seen.”

For Dunning, Palacios’s work will give Celebrity Series’ audiences a refreshingly new experience, too. “[At Celebrity Series] We’ve been presenting dance for many decades,” Dunning recounted. “In recent years we’ve concentrated on contemporary ballet, post-modern dance, and we’ve been presenting them in the Shubert Theatre [on a larger scale].…but our artistic footprint was missing the ‘downtown loft’ companies.” The question for Dunning became, “Can we show some of the newer choreographers who are, in a sense, taking dance in their own direction?” With NEC’s new 225-seat black box theatre now in play, this question expanded to “can I bring my audience to a new experience—not in a proscenium setting—and can they see dance in a new way that is not being shown in a touring capacity in Boston?”

With dynamic companies Ephrat Asherie Dance and Dance Heginbotham also in the mix, Dunning felt that Sankofa would be the perfect complement, and would shift the focus to those working in a “contemporary small-scale manner all around the world.” Dunning expects the intimacy of NEC’s new theatre to harmonize with these works. “Even lighting takes on a different tone,” said Dunning, who acknowledges works shown in the Shubert, while beautiful, are subject to an expansive environment, and read as “very presentational.” In contrast, the black box theatre will provide a more “visceral experience” of seeing dance up close, whether feeling a dancer’s landing ripple across the floor or hearing a musician’s breath between chords.

This human element will surely heighten viewers’ appreciation of “The City of Others,” which Palacios believes can instigate social change in Colombia, Boston, and beyond. “Denouncing injustice is always the first step to social transformation, anywhere in the world,” he began. “To speak of what affects us as a community is to point out a problem that not only affects us, but society as a whole. Our stories not only serve as a complaint. Our motto [is] ‘We dance more than to be seen, to be heard!’ This motto invites us to reflect and take action as a whole, to achieve a better humanity.”

Dunning agrees with this sentiment and expanded, “Often [as the presenter] we have to make the effort to put it out there and hope for the best that people will be stimulated on their own.” It is his hope that presenting “The City of Others,” and the Celebrity Series’ ongoing work, will prompt audience members to “try different things. Having an audience that has a broad cultural experience—that is able to engage the work and understand it from their own perspectives—[will ultimately] help Boston to have a richer cultural fabric as a whole.”

Next
Of Monsters and Men