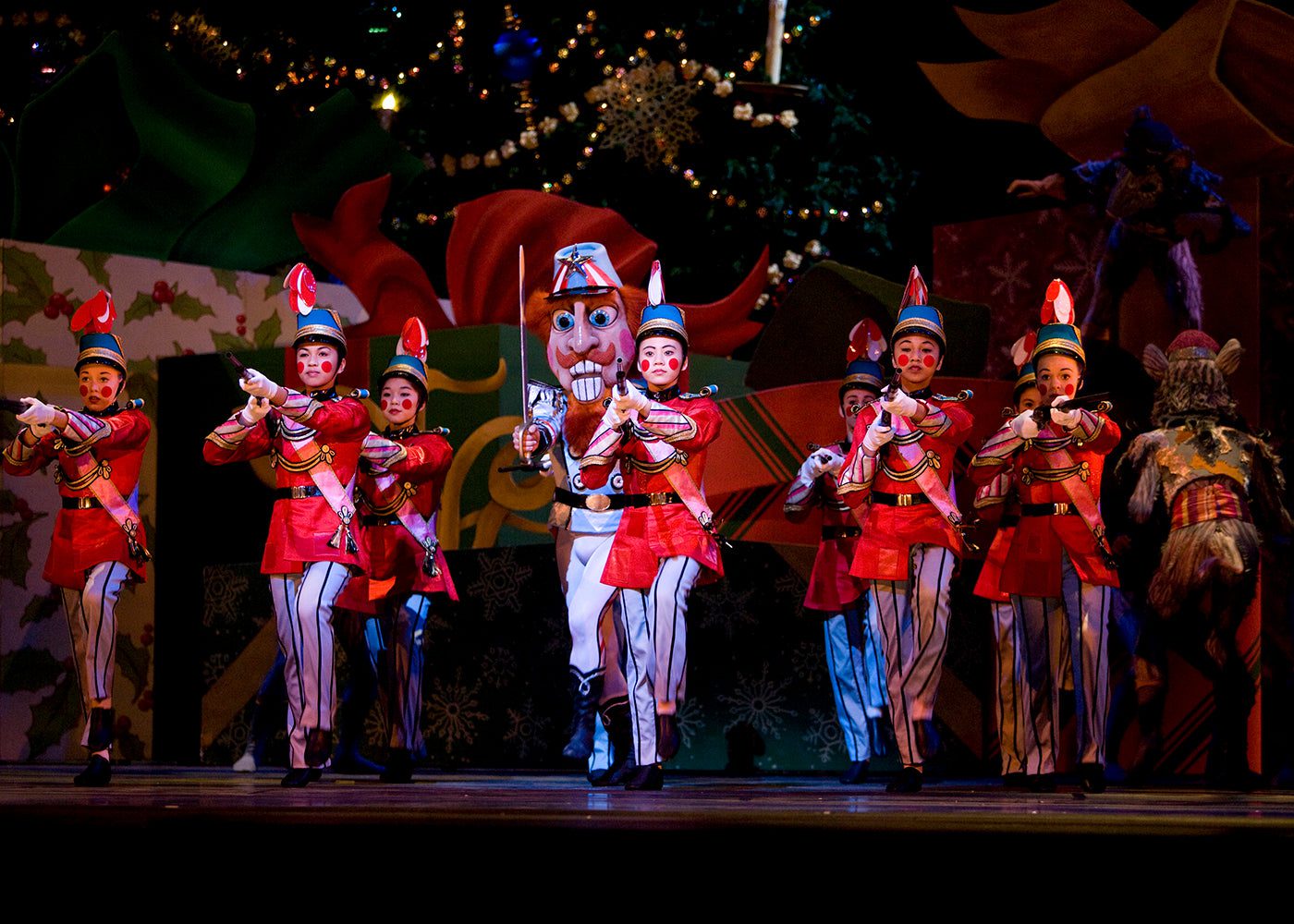 Let’s be blunt: This is a year of desperation “Nutcrackers.” To deliver even one-fifth the joy of a live “Nutcracker” during these darkest pandemic days (and, I fear, to attract an even smaller share of the usual audience)—this must be counted a triumph.

So, for one meaningful measure of whether San Francisco Ballet succeeded in repackaging its “Nutcracker” for sheltering-in-place patrons by making it “interactive,” let this be noted: My 12-year-old daughter, who initially rolled her eyes when asked if she’d like to watch it with me, changed her mind when she spotted the video game-like buttons on the screen. And then, as we clicked around to view interior shots of the War Memorial Opera House bedecked with pixilated fake garlands, feeling like stalkers on a weirdly cheery version of “Minecraft”—by some miracle my daughter settled in next to me on the sofa. Ninety minutes later, she had watched the entire “Nutcracker,” and even twirled during intermission, and sung along with the Tchaikovsky. Was it anything like the dazzle of being in San Francisco on a brisk December night in our opera house best, watching the real live human wonders on the stage? Of course not. Was it a relief to remember the pleasure we’d had at “Nutcrackers” past, and hope for such an experience again next year? Yes.

Which happy outcome goes to show that San Francisco Ballet was wise to dress this “Nutcracker” up with “interactive” elements, even if those bells and whistles were unimpressive to child and adults alike. There was a “Meet the Orchestra” button, which we pressed only to hear audio clips of orchestra members describing their favorite passages in the Tchaikovsky; there was an activity book and a program that would have to be printed to offer any browsing amusement; most disappointingly, there was a “Go Backstage” button that, instead of taking you into the opera house wings or dressing rooms, zoomed you into an animated San Francisco street where, if you were a VIP, I suppose, you could click on the special meet up link for video encounters with glamorous people. We did click on the “Learn the Moves” button, and watched a few minutes of former principal Wendy Van Dyck teaching the Nutcracker Prince’s mime passage. And in a brighter discovery, we thoroughly enjoyed the “Photobooth,” where we captured a shot of ourselves—in our pajamas, hair unbrushed, the dog sniffing our faces—that, when combined with our choice of digitized “Nutcracker” backgrounds, perfectly encapsulates the pandemic moment.

Thankfully, when we pushed “play” on the actual performance, we really did feel transported to another time.

SFB was fortunate to have at its disposal a 2008 “Nutcracker” broadcast created by the public TV stations KQED and Thirteen/WNET, capturing a live performance from 2007. This “Nutcracker” production, in turn, dates to 2004, and it has time travel at its ingenious core. Rather than using the vaguely 19th century settings of previous productions (and for the record, SFB was the first U.S. company to dance a full “Nutcracker,” in the austere year of 1944), artistic director Helgi Tomasson set his in 1915, at the time of San Francisco’s Pan-Pacific world’s fair. At that time, San Francisco was still rebuilding after the devastating 1906 earthquake and fire, and the fair was a display of resilience.

There is something reassuring this year about being with a fictional family doing quite well after disaster. And as is typical in “Nutcrackers,” this Stahlbaum family is doing well indeed: They live in a grand “painted lady,” are attended by frilly-aproned maids, and light up their tree with probably the first electricity to be installed in their neighborhood. It’s all opportunity for period opulence, and that’s where this “Nutcracker” shines, with the chicest of party dresses by the Tony-winning costume designer Martin Pakledinaz, and a lushly detailed living room by scenic designer Michael Yeargan that also offers the most convincing change in scale, in Clara’s dream, that I’ve ever seen. Add to this a snow scene so magically blizzard-like that many a grown ballet-lover, getting up for intermission, has been caught teary-eyed.

In this filming, the company’s still-reigning unofficial assoluta, Yuan Yuan Tan, is the Queen of Snow, but otherwise the pleasure of this cast is again a kind of time travel, an occasion for nostalgia. Davit Karapetyan! I had forgotten his combination of brawn and softness, the height of his jumps as the Nutcracker Prince, and the jaw-dropping split of his sissones. There’s Vanessa Zahorian! Later in off-stage life she would marry Karapetyan (they are now co-artistic directors of Pennsylvania Ballet Academy), but back in 2007 she was doing her typical technical fireworks, whipping through chaines and piques that she somehow manages to make musical as the Sugarplum Fairy in this production’s weakest section, the Waltz of the Flowers. It’s even more fun spotting the rising talent: Frances Chung and Dores Andre, then both soloists, tearing up the Spanish dance, and now-principal Sasha De Sola, then corps, as a snowflake.

With the exception of that low-energy Waltz of the Flowers, this production has an excellent second Act. Tomasson’s brilliance, with dramaturg Arthur Ballet, was to fill Clara’s dream with sights she’d seen at the world’s fair, placing all the visions within the Conservatory of Flowers, with its young ladybugs and butterflies from the ballet school. And for the finale, Clara—who is about 15 in this production and played by Elizabeth Powell, now a company soloist—steps into a magic jewelry box that spins and then transforms her into her adult self, in this case into Maria Kochetkova, all the better to dance the final Grand Pas de Deux with the Nutcracker Prince. What a loss for us in San Francisco that Kochetkova, two years ago, went freelance. For this filming, she leaps onto Karapetyan’s shoulder as lightly as a sparrow to a twig. She delivers the little hip-switches and passes of her variation with a teasing rubato and a mischievous expressive freedom. She was wily and she is missed.

Around this time last year, San Francisco Ballet had raised money to replace the flowers’ perfectly beautiful costumes, but not gone through with it. Unnecessary, but more pertinent to the moment, an unthinkably needless expenditure now now, as all our arts institutions fight for survival. I’ll admit to some powerfully mixed feelings as I reflect on this digital “Nutcracker,” priced at $49 for 48 hours of access (and to SFB’s credit, offered free to kids at the local Boys & Girls Club). “Nutcracker” ushers us into a cocoon of upper class safety that has become more ethically fraught as the pandemic widens America’s gulf between the haves and have-nots to extremes Clara Stahlbaum’s family could not have imagined in 1915. I don’t know how to moralize about this, or exactly how to remedy it, but I do hope that by noticing it and acting on it our collective resilience will build a better future for our ballet companies and for the non-Stahlbaums alike.

Next
Balanchine in Sarasota