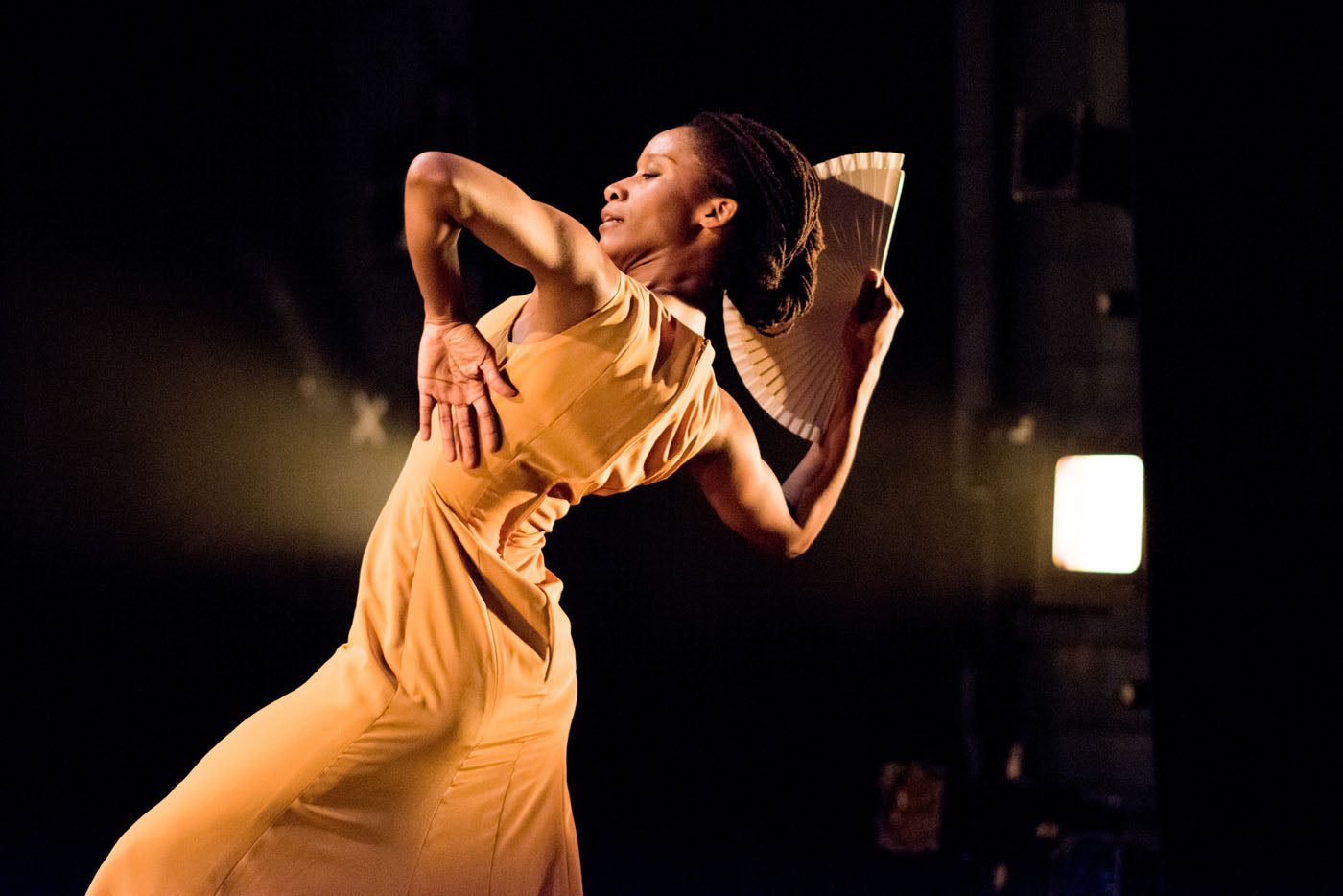 dotdotdot performed “I come to my body as question” as part of Sadler's Wells Sampled. Photograph by Camilla Greenwell
Sara Veale·
Reviews
·2

For the past decade, Sadler’s Wells has kicked off each year with “Sampled,” a two-hour tasting menu of the London dance house’s diverse programming. The show is aimed at new and existing audiences alike, and features snippets from both past commissions and upcoming premieres. Eight performances were on offer for 2017, including ballet, tap and tango numbers, plus a smattering of pre- and post-show music, demonstrations and workshops. The line-up wasn’t as strong as in previous years, but it was high-spirited and suitably varied, celebrating the range of dance styles Sadler’s promotes.

Among the hardest-hitting pieces was “Boards & Chains” from Dorrance Dance, an American tap troupe committed to preserving the legacy of old masters like Bunny Briggs and Buster Brown. The four performers shuffled, sliced and stamped on wooden boards, serving up intricate syncopations with precision and beguiling touches of nonchalance—throwaway arms here and cocky grins there. They eventually introduced thick metal chains into the routine, dragging them across the boards in a compelling riff of contrasting textures and sounds. I can’t wait to see how this excerpt fits into the full-length work the company is showing in July (“ETM: Double Down”).

With its powerful footwork and vibrant music, dotdotdot’s “I come to my body as a question” was another highlight. In a video interview aired at the start of the show, the dancers characterised the piece, created in 2016, as an effort to “revisit and rethink” the macho culture associated with flamenco. Aided by live singing, guitar music and the guttural recitations of a spoken word artist, a trio of women wield fans as they crouch, curl their wrists, strike out in sudden pliés—moves that harness the emotional intensity of the genre while dinting its proud posturing with hints of vulnerability. A spectral clamber across a smoke-clouded stage made for a spooky start, while a rowdy dance circle ended the piece with a heartening show of verve and community.

Dickson Mbi and Carys Staton flew the contemporary flag with “Still,” a duet from Sadler’s Wells Associate Artist Russell Maliphant. Stretchy leans and statuesque poses from Dickson form the first half, a strobing light revealing his profile in chiaroscuro, while the final minutes see Staton join him for a furious flurry of spins and reaches, her flowing skirt and aerial stance a sharp foil to his grounded, shirtless self. The clackety industrial score isn’t particularly impactful, but the fluid choreography, with its tai chi flavour and slow-mo popping elements, certainly leaves an impression.

On the ballet front was an excerpt from “Casanova,” the first full-length production from Northern Ballet choreographer Kenneth Tindall and one of three new shows the Leeds-based company is premiering in 2017. Northern Ballet has shown a penchant for creative new narrative ballets—including their 2013 adaptation of The Great Gatsby—and it’ll be interesting to see what they make of the infamous Italian womaniser. The marketing material looks hilariously cheesy (think corsets, masks and pouting shirtless hunks), but the section on show, a furtive caper from a cloaked mob, suggests a plot that exceeds the themes of excess and seduction. Here’s hoping the production is rich on both the choreography and narrative fronts.

Elaborate stage design proved a crutch for a few of the evening’s works, including an extract from Shobana Jeyasingh Dance’s “Bayadére – The Ninth Life,” a reimagining of Petipa’s “La Bayadére” that criticises nineteenth-century Europe’s fetishisation of India as “something strange, mysterious, charming.” Bejeweled leonine dancers skulk amid red smoky lights and a breathy voiceover reciting Théophile Gautier’s florid writings on the subcontinent. The criticism is valid to be sure, but the overstyled eroticism feels unsubtle and unwieldy, in this section at least. Barcelona-based Iron Skulls Co’s “Sinestesia” is likewise inclined towards style over substance. While the choreography here accommodates an interesting blend of hip-hop, martial arts and acrobatics, it’s the post-apocalyptic video game aesthetic that takes centre stage—a derivative blend of gas masks, searchlights and writhing piles of bodies.

Rounding out the show were two pieces from professional tango couple Julia Hiriart Urruty and Claudio González. The first saw the pair dole out a series of whip-fast swivels and lift while wearing cartoonish fat-suits—a misguided “homage to those who are different” that makes ‘overweight’ a condescension at best and a punchline at worst. I was hoping to see more of the sensuality and tension the pair showed in their performance at last year’s “Sampled,” which made me rethink the dramatic possibilities of tango. Their second offering fared better, an urgent romantic saunter set against an urban soundscape of honking cars, whizzing sirens and rumbles of thunder.

Following its London run, “Sampled” will be touring in Salford Quays and Birmingham as part of the Movement, a new producing partnership with the Lowry and Birmingham Hippodrome that aims to increase audiences for dance.

Next
A Bowie Kaleidoscope