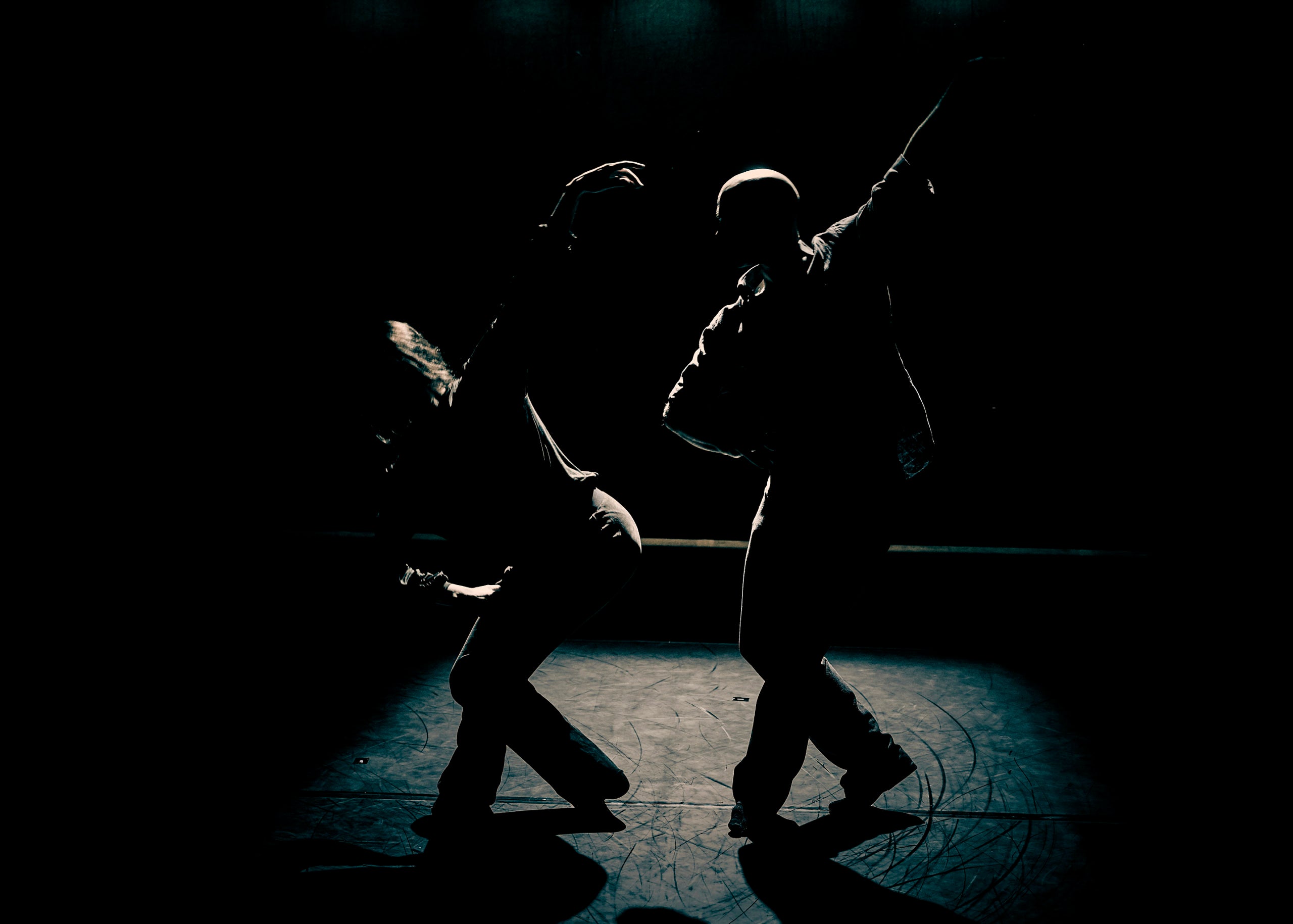 “maliphantworks3” marks choreographer Russell Maliphant’s third season of works performed at the Coronet, an intimate venue in London’s Notting Hill characterised by its dimly-lit corridors and eclectic collection of objects and memorabilia. Like the previous two programmes, “maliphantworks3” presents a selection of short works by the choreographer and his collaborators, including three world premieres and the return of 2018’s “Duet” performed by Maliphant and long-term collaborator, Dana Fouras. Significantly, this third season also marks Fouras’ last performances with Russell Maliphant Dance Company.

The two begin side by side upon the floor, their bodies gently curled into balls. Across every surface of the space the white light of Panagiotis Tomaras’ projection design ripples like water, an image enhanced by a soundtrack reminiscent of waves breaking against the shore. Submerged in this soft, flickering world Maliphant and Fouras unfold their bodies, moving through slow, searching spirals as they find the way to their feet.

“The Space Between” is a slow building and meditative work, augmented by the swirling, undulating quality of Maliphant and Fouras’ movement. Understated, even insular, in its nature, there’s a risk this piece could quickly become dull, but a rhythmic switch marks a change in the intensity of the duo’s movement and so begins a subtle play between speed, texture, volume and intimacy. It’s a controlled and carefully structured work which, in its visuals and style, echoes elements of Maliphant’s recent collaboration with Tomaras, “Silent Lines.” However, whereas “Silent Lines” was driven by the tangible, collective energy of five dancers, here that is reduced to the subtleties of an exchange between two people, comfortable in their shared interplay of space and time.

Two films intersect the performed works of the evening and both continue Maliphant’s seeming fascination with the spiralling patterns and pathways of our bodies. The first focuses on Fouras. In slow motion we see her turning, arms sweeping around her body or twisting through spirals. The sleeves of her cape-like costume fly with her and, caught in slow-motion, we see the material ripple in waves as it encircles her body. Captured in silhouette the footage is simple and unadorned. The slow-motion film augments the effect of movement upon both body and costume and, in turn, the missed detail inherent in an otherwise fleeting action. The second shows Maliphant suspended in a red harness, his body skimming the floor as he leans far off his axis. Supported by its buoyancy he twists through sweeping circles, exploring the new-found possibilities in the spiralling pathways of his body. The ephemeral spell of Fouras’ film is gone—set to a pulsing beat this footage feels solid, grounded in reality.

In their own ways both films expand upon a specific interest in movement and, specifically, the two very different ways in which each dancer embodies that. Yet while the films highlight their individuality, the duets performed in the evening’s programme also show how closely this duo have worked together and the shared language they have developed through doing so. That closeness is perhaps most apparent in the closing work of the programme, the short and simply entitled “Duet.” While this duet is not so dissimilar in its movement style from the first, here we see something softer and more introspective, less focused on the interaction between visuals, movement and music. Instead we see the intimacy between two long-term collaborators, present in their gentle surrender to movement and to each other.

“maliphantworks3” feels like a personal, almost introspective programme; a culmination of one choreographer’s interests and explorations and the shared investigation of that with his close collaborators. As an audience this programme gives us an insight into that world in a subtle, understated manner. There’s no outstanding showpiece or choreographic revelations, but the programme is beautiful in its simplicity and in the resounding echo that it carries of a considered and personally relevant body of work.