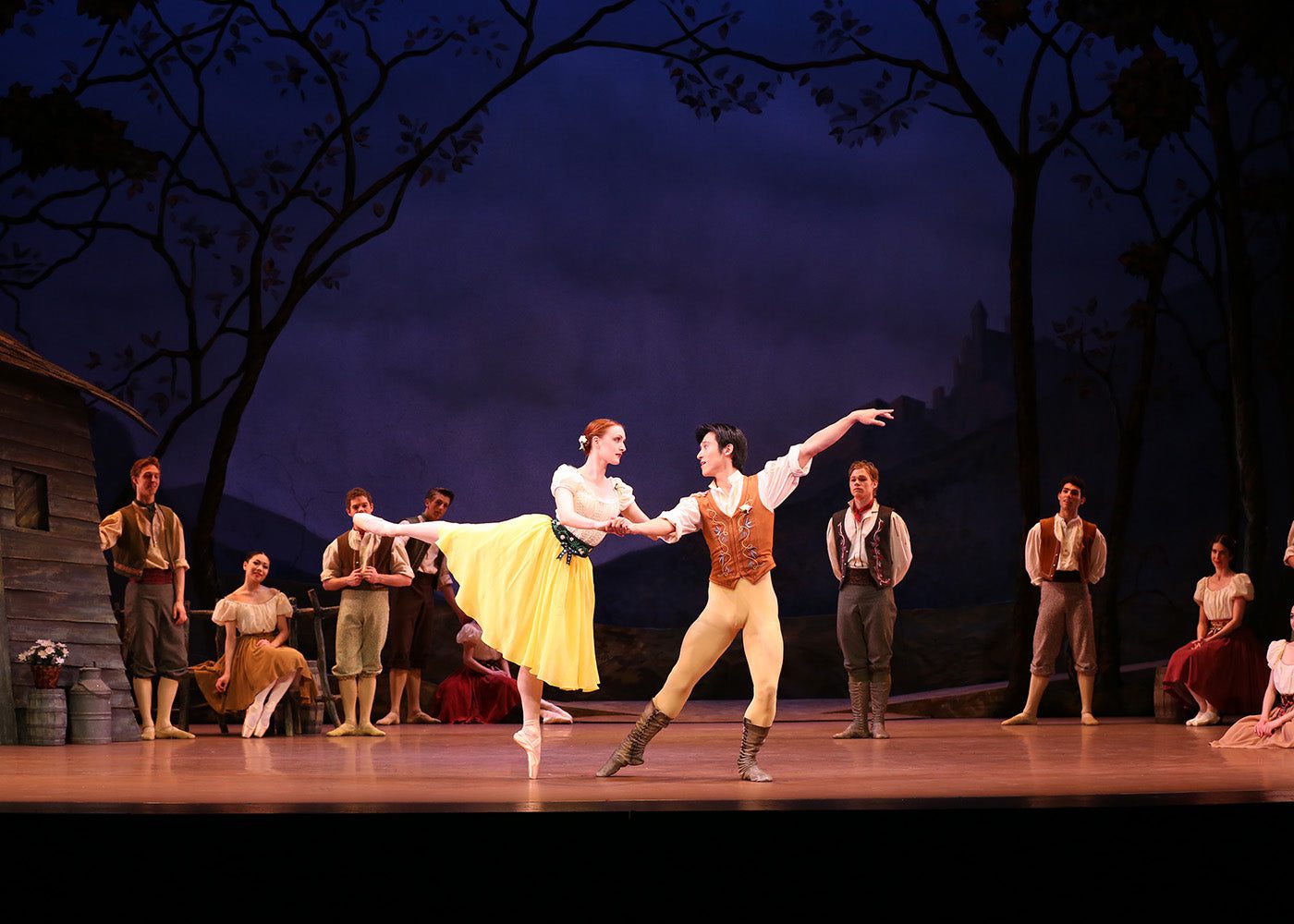 Dance ’til the Death

Royal New Zealand Ballet finished their “Live in Your Living Room” series with a tribute to old and new; their penultimate episode honoured the romantic roots of classical ballet whilst the season ended with a sweet and delicious encore of an audience favourite.

“Giselle” is a film that captures the RNZB’s 2012 production of the great Romantic ballet. Directed by Toa Fraser, it features choreography by Ethan Stiefel and Johan Kobborg, after Marius Petipa. There are, however, two distinct layers to this episode, and thus to this review; first, there is the ballet, and secondly, there is the film. The two halves provide their unique take on the tragic love story.

“Giselle,” the ballet, features Gillian Murphy in the title role. It was a true delight to watch an icon of American ballet dance on the New Zealand stage (even if it was via a computer screen). Her characterisation of Giselle, and the blissful naivety of her love for Albrecht, is part of the charm of the whole ballet. Combined with her technical mastery, Murphy makes the perfect Giselle—the speed and precision of her manège at the end of the Act 1 variation solidifying the fact. Qi Huan dances Albrecht with precision and strength, the perfect counterpart to Murphy’s Giselle. As a whole, the world in which Stiefel and Kobborg created with their restaging was equal parts ethereal and haunting, just as it should be.

“Giselle,” the film, on the other hand, has its quirks; it experiments with form and includes scenes not commonly seen in a traditional filmed performance. There are snippets of plain-clothed Murphy and Huan dancing in a field that bookends the acts. There are shots of Albrecht in the wings—aged by makeup—looking out upon the stage and reminiscing about his eternal love for Giselle. There are even moments when the film switches between the stage and the rehearsal room; the heartbreaking pas de deux in Act 2, where Albrecht sees Giselle’s spirit for the first time, was removed from the spotlight and danced offstage. The footage shows an intimate moment between the lovers and no one else (except for a cameraman and strategically placed lighting).

There are, however, some intricacies of narrative that the film brings to life. While watching “Giselle” in the theatre, or any live performance for that matter, the level of detail you see depends on where in the audience you sit—the closer the seat, the smaller the detail. What the film does, so wonderfully, is highlight the moments an audience member might usually miss. “Giselle” shows every little gesture, sideways glance, longing look made by the main characters, which enhances the overall narrative.

For the final episode, RNZB broadcast an encore of Loughlan Prior’s “Hansel and Gretel”—the series coming full circle. They began with Prior’s delicious delight, and it only seems fitting to end the way they started. Watching this production for a second time, however, is bittersweet; it not only marks the end of an initiative that has brought joy to many a weekend, but it also shows how audiences are willing to engage, interact, and consume ballet—even from the confines of their homes.

Recorded performances do not have the same allure and bravado as live performances, true, but that does not mean they are an inferior way of viewing art. Rather, recordings allow a wider audience to view what is sometimes, unfortunately, limited to a privileged few. Suddenly, people can watch RNZB or New York City Ballet or the Royal Ballet without having to leave their living room (or spend hundreds of dollars to do so).

As someone who is used to watching recorded versions—to analyse narrative, character, and a production’s overall dramaturgy—consuming the “Live in Your Living Room” series has been a relatively normal task. Still, it, understandably, is not for everyone. Recordings will never replace the pure magic that is live performance. The craving to see, to smell, to surrender every cognisant thought to the movement has been an urge growing steadily over the past couple of months. Despite being behind a screen, however, recordings do allow us, as an audience, to appreciate what lies at the core of the art form we love so much: a narrative, a concept, an idea. What is then created from this initial spark is where the true magic of ballet lies.