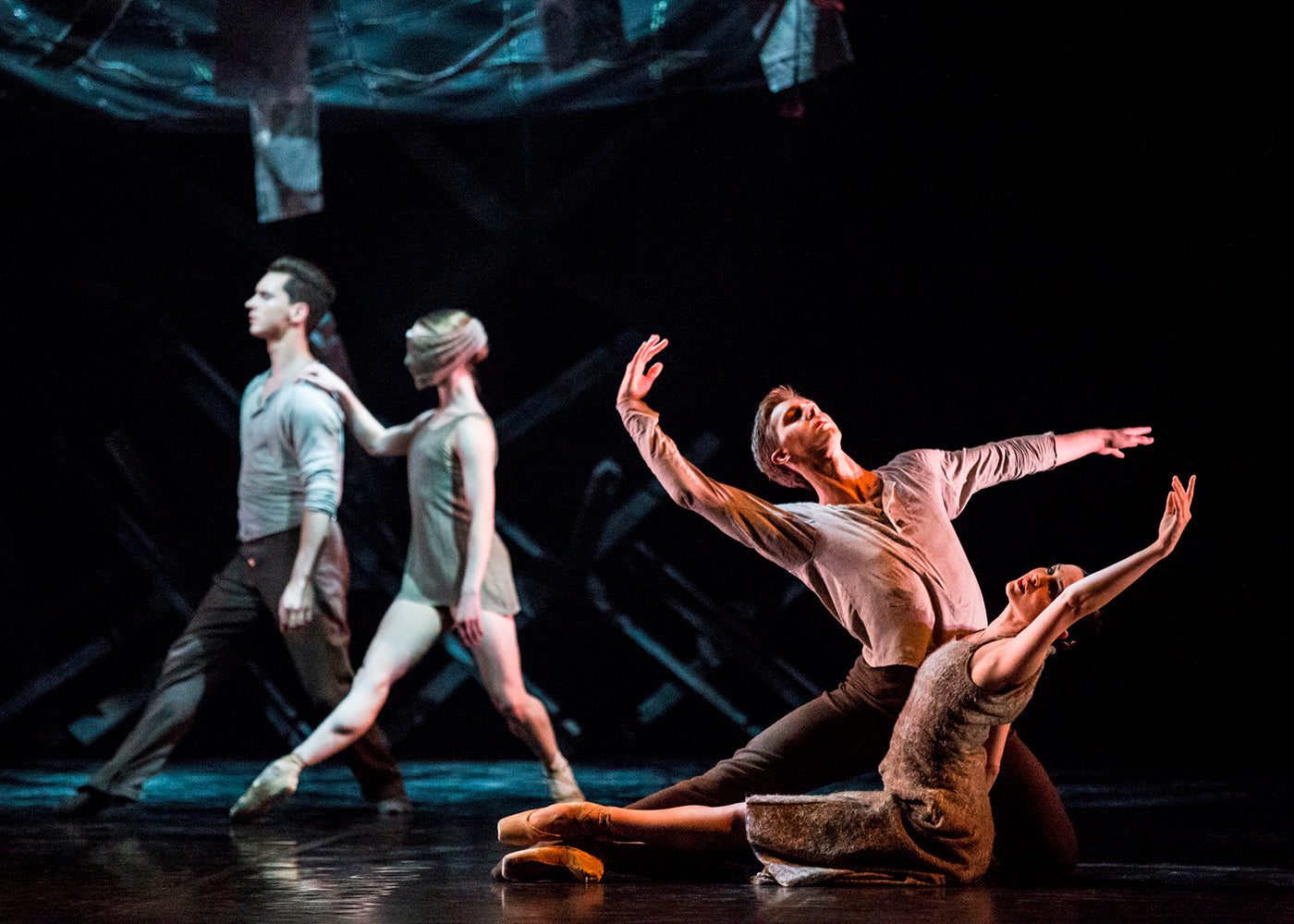 The 25th of April is an important day for Australia and New Zealand—it is Anzac Day. It is a day where two countries come together and acknowledge the suffering that our servicemen and women have endured. This year, however, Anzac Day was quite different. There were not the usual migrations, no congregations and even the shores of Gallipoli—normally filled with thousands of visitors—were bare. Instead, people decided to commemorate at home. They lined their driveways at dawn and waited for the Reveille to play through the radio.

The next instalment from Royal New Zealand Ballet’s “Live in Your Living Room” series paid tribute to the Anzacs. With their first digital double-bill, the company sent a message of remembrance and hope across the Tasman.

The broadcast began with Andrew Simmons’ “Dear Horizon,” a work commissioned by RNZB to commemorate the centenary of the Gallipoli landings in 2015. The ballet does not centre around a singular narrative; rather, Simmons uses choreography to present the harrowing emotions that accompany war—that of loss, fear, and hopelessness.

“Dear Horizon” is performed by twelve dancers. The costumes are simple—grey dresses for the women and grey shirts with dark pants for the men—and so too is the stage design. There are no specific characters, no narrative sub-plots, and no external distractions for the audience; attention is focused upon the movement. The music, composed by Gareth Farr, is chaotic and violent. The dancers are lifted and flung across the stage in similar chaos. There is an underlying menace to the piece that intensifies with every step taken and every note played.

Simmons’ choreography acts as an emotional reflection rather than a tool for narrative action. In the programme notes for “Anzac Salute,” Simmons states that “these [emotions] are not specific to only one war and neither is this work.” As a choreographer, Simmons wants his work to act as a universal signifier—this ballet is equally about World War I as it is about every wartime conflict that has happened since.

“Dear Horizon” establishes the overall tone of this episode; it introduces the audience to a suffocating melancholy that is then intensified by “Passchendaele.”

Neil Ieremia’s “Passchendaele” tells the story of the First Battle of Passchendaele which occurred in Flanders on October 12, 1917. The New Zealand troops, alongside Australian and British soldiers, were tasked with capturing the Passchendaele Ridge from the Germans. Their attempt and this battle, however, was catastrophic. In just one day, 845 New Zealand soldiers lost their lives, and there were more than 3000 casualties. It, unfortunately, holds the record for the largest number of New Zealanders killed or wounded in action in any single day. To see this battle, then, staged by Ieremia was extremely confronting.

The most poignant moment of “Passchendaele” occurs at the very end of the ballet. After the men are struck down by invisible machine gun fire—the dancers peeling off one by one, succumbing to their graves—there is complete silence. Nobody moves, nobody speaks. No music plays, and no relief is given to the audience because they are forced to look upon the bodies on the floor. The stage is so still that even the dancers’ chests can hardly be seen to rise.

The final moment seems to last for an eternity, but in actuality, it does not even last for thirty seconds. It is incredibly uncomfortable to watch (even through the detached safety of a laptop screen), yet you cannot help but feel humbled as well. “Passchendaele” is not only a ballet that honours these fallen soldiers, but it also acknowledges the freedom that their sacrifice granted us.

Despite the intensity of both ballets, “Anzac Salute” did not end on a melancholic note; instead, a joyous moment occurred when the New Zealand Army Band were invited onstage at the end of the curtain call. The band performed the music for both ballets, and the applause that these servicemen and women received was deafening. To include them—and their deserved moment in the spotlight—is, by far, the most honourable thing the company could have done. Applause should also go to RNZB for making this decision and presenting a respectful piece of work that saluted our soldiers.

Previous
Love is Not Blind

Next
Mischief at Midnight