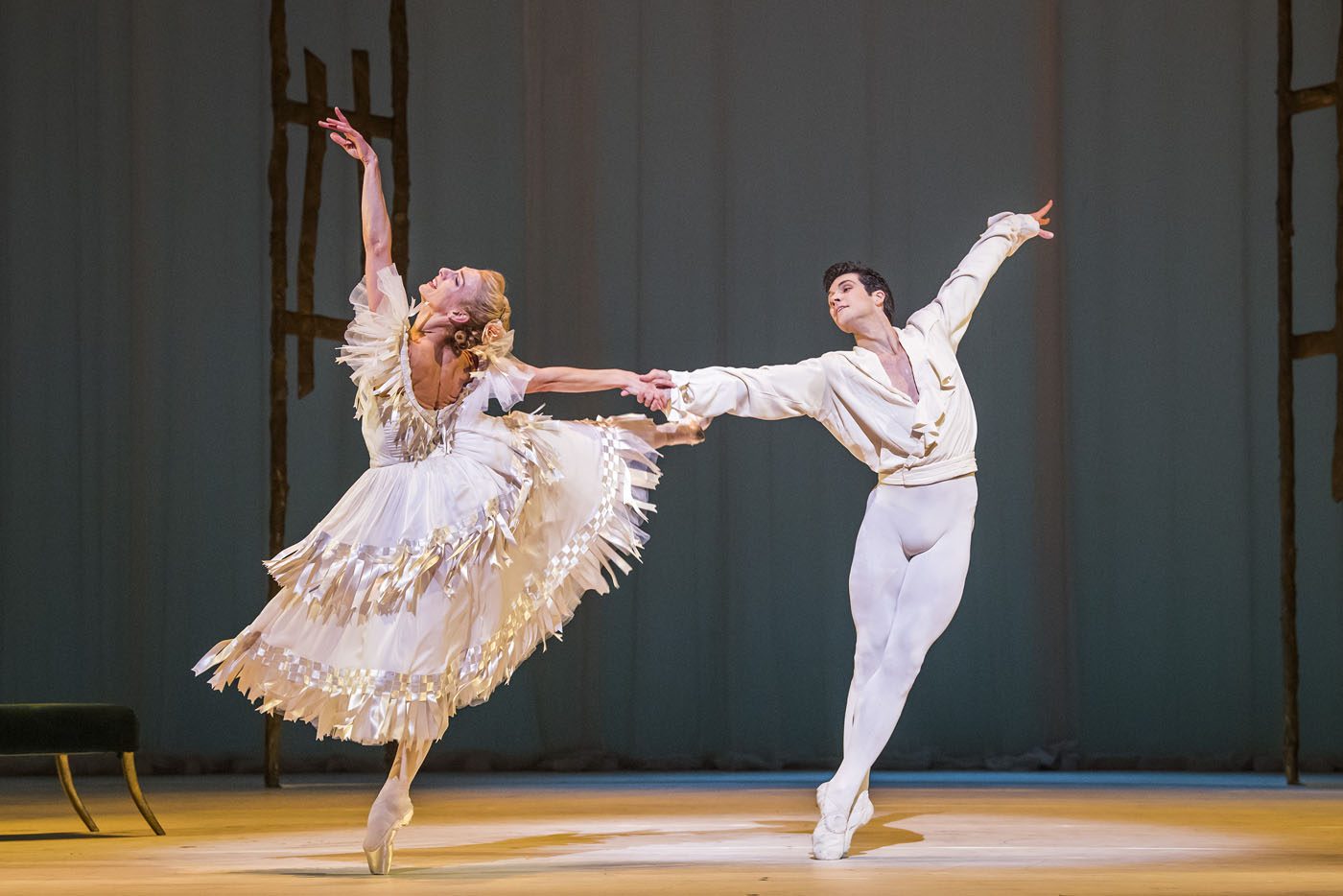 A Sense of Style

The final programme of the Royal Ballet’s Spring/Summer season sees the company perform a mixed bill of work by their founder choreographer, Frederick Ashton. Including two of his narrative works, one comic (“The Dream”) and one tragic (“Marguerite and Armand”), as well as the first piece he created for the Royal Opera House stage (“Symphonic Variations”), it’s a bill that pays homage to this admired choreographer. While there are times where the age of these works feels noticeable, the programme is, nonetheless, an enjoyable close to the season.

“The Dream” condenses Shakespeare’s tale of fairies, mortals and mismatched lovers into a 50-minute one-act ballet and, with Ashton’s light-footed choreography, the softly lit woodland glade of David Walker and John B. Read’s design, and Mendelssohn’s sweeping score, those 50 minutes feel surprisingly brief.

Ashton’s interpretation of “A Midsummer Night’s Dream” focuses upon the main characters of Titania, Oberon, Puck, Bottom and the four mortal lovers, accompanied by a corps of fairies and the travelling players. This condensed version allows for a clear and easily followed narrative, even with its plotline of confused identities and a scheming fairy king.

Ashton’s precise and expressive choreography wastes no moment. While in many ways the steps speak for the dancers they must also fill Shakespeare’s well-known characters with life, and the closing cast of the season achieve this beautifully.

Laura Morera is an initially proud and somewhat haughty Titania—a suitably headstrong character to Alexander Campbell’s dignified Oberon. As she marches her fairy train off stage you feel she is but mildly troubled by her husband’s anger at her refusal to relinquish the changeling child. Yet, in their later pas de deux, where Titania is reconciled to Oberon, Morera melts in Campbell’s arms. There are moments where she dances Ashton’s complex choreography with a passionate desire, a portrayal complemented by Campbell‘s assured partnering. Her submission to Oberon is, in a 21st century reading, somewhat dissatisfying but, in this casting at least, you feel that two strong wills are equally met.

While “The Dream” is, overall, a sweet and disarming ballet, it is littered with comic moments that allow its remaining characters to shine. Bottom’s transformation sees him placed in black pointe shoes, a stroke of choreographic genius that gives this half-human, half-donkey, a suitably awkward and comical movement style. Thomas Whitehead’s tentative, parallel struts as he finds himself transformed to a donkey look much like a new born fawn finding its feet.

The pas de quatre between the four mortal lovers also abounds with opportunities for its dancers to indulge in the comedy of their situation. Olivia Cowley is charming as Helena, greeting her turn in fortune with an amusing combination of confusion, surprise and disdain.

Yet it’s Luca Acri as Puck, who is near perfectly cast. He meets Ashton’s sprightly choreography—and repeated leaps—with seemingly endless energy, and his overplayed disappointment upon realising he poured Oberon’s potion upon the wrong lover is both funny and endearing.

“The Dream” is certainly one of Ashton’s enduring works and, while it may have the slight air of a bygone era, the Royal’s ability to capture the tongue-in cheek tone of this comical one-act makes for a charming and joyful opening.

“Symphonic Variations” is one of Ashton’s more abstract works. Set to Cesar Franck’s score of the same name, this is one piece that could truly be considered a lesson in the choreography of movement to music.

Danced by three male and three female dancers, “Symphonic Variations” is a work pure in line and form. The dancer’s white costumes and the simple black lines that arch across the lime green backdrop add to the simple, unadorned aesthetic. Yet, despite the apparent ease with which the six dancers perform this work, Ashton’s choreography is anything but straightforward. With quick, light footwork and nowhere to hide it’s a deceptively difficult piece. Here, it is danced with precision and elegance.

The brilliance of this work lies in the supreme unity of its movement and music. Ashton’s choreography captures the delicate nuances of Franck’s score so that the movement floats serenely upon the notes. The only part that feels at odds is the abstract design of the lime-green backdrop, but perhaps this is simply a result of viewing an old work in the current era. The choreography and the simple beauty of this work is, however, undoubtedly timeless.

“Marguerite and Armand,” Ashton’s tragic romance inspired by Dumas’ La Dame aux Camelias, and which he originally created upon Nureyev and Fonteyn, is the closing work of this bill. Across the three works of this programme what is most striking is Ashton’s ability to create clean, uncluttered choreography; movement that allows the dancers to build their characters and the accompanying score to achieve its full expression.

This ability is noticeably present in “Marguerite and Armand” yet, like “The Dream” and “Symphonic Variations,” for all its appearance of simplicity it remains decidedly difficult choreography to dance.

On the closing night it is Natalia Osipova and guest artist Vladimir Shklyarov (replacing the originally cast Sergei Polunin) who dance the title roles. It’s a passionate and dynamic partnership, yet Osipova comes across as a more youthful Marguerite. Partnered by the equally commanding and youthful presence of Shklyarov, their characters appear as a pair of excited young lovers, rather than an experienced courtesan finally finding love in a younger man.

This somewhat misplaced dynamic leads to a confusing plot line if unfamiliar with the story. When Christopher Saunders, Armand’s father, attempts to dissuade Marguerite’s interest in his son, the scene reads more like a protective father removing his daughter from a forward young lover’s attentions.

These details, which in many ways are essential for not only drawing you into the story but also highlighting the tragedy of this tale are, subsequently, easily missed. As a result the intended relationships of the characters become hard to discern.

Osipova and Shklyarov are both expressive dancers and their partnership feels well matched. Still, the final, carefully crafted moments of this work, as Marguerite dies in Armand’s arms, feel more melodramatic than poignantly tragic.

From narrative works of both comedy and tragedy through to abstract dance, the Royal Ballet have, in one bill, drawn together the breadth of Ashton’s choreographic abilities. Here is a selection of works that truly celebrate the artistic achievements of the former Royal Ballet director—a fitting close to a strong season from this company.

Next
In Frame: Isabella Walsh